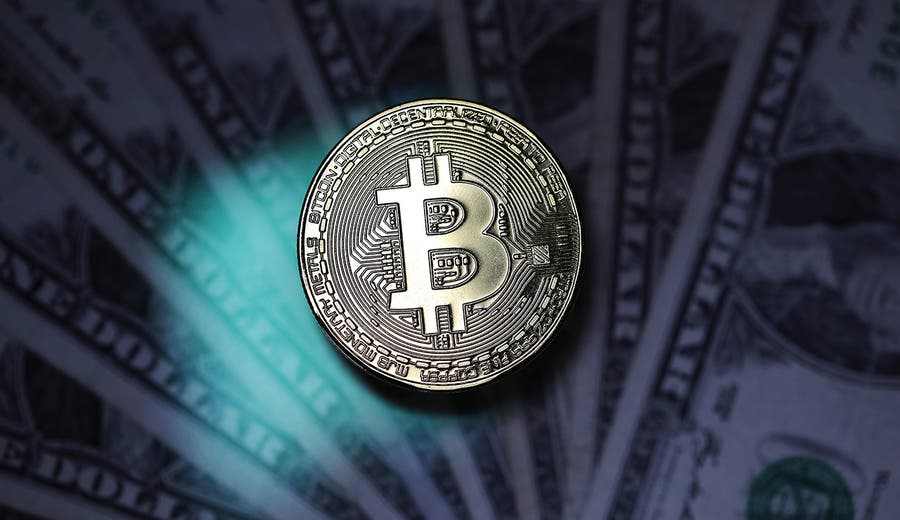 It’s an intriguing prospect, using cryptocurrency to buy everyday items, such as your daily latte or a takeaway pizza, and doing away with the need for cash or traditional banking services.

However, your mobile wallet and/or debit card is not obsolete yet, and cryptocurrency – a form of anonymous and secure online money – is unlikely to be much of a challenger. Instead, currencies like Bitcoin and Litecoin have gained more traction as a speculative investment than a credible alternative to the pound in your pocket.

A small number of companies in the US have recognised and incorporated Bitcoin, the best known cryptocurrency. Mint.com has a Bitcoin tracker on its financial app, and Intuit, which develops tax calculation software, can process and file Bitcoin transactions.

For small purchases, cryptocurrency is simply uneconomic. The high cost of processing the transaction, and the fact that it may take two or three days for the transaction to be verified, mean that it is too costly and time consuming to be used like a traditional method of payment. That’s because the transactions need to be logged on a ledger and processed by a host of independent computers, who take their cut in fees.

Transaction costs are too high for everyday purchases

The cost of registering a trade is now around $6, down from a peak of $37 six months ago, but still huge compared to credit and debit card costs.

Joe Pindar, Director of Product Strategy at Gemalto, says the transaction fee is based on the demand for space in the Bitcoin ‘blocks’, a form of online ledger.

“Bitcoin charges more for transactions to be prioritised and put in the bitcoin ‘ledger’ first,” he says. “Unlike stock exchanges where the settlement time is in fractions of a second, Bitcoin has a slow settlement time (called a “confirmation time” in Bitcoin language) taking several hours.”

This inefficiency means that the price and transaction fees can vary significantly before the sale transaction is confirmed, he says.

“As a result, some transactions may get cancelled hours after they were placed as they remain unconfirmed within the network.”

So, in practical terms, your payment may not go through, or the value of your cryptocurrency may have changed even while the transaction was being processed. For both the customer and the merchant, this is a scenario that doesn’t work because it could mean over or underpaying for goods due to the volatility of the value.

That’s why, according to a new report from JPMorgan, just three out of 500 internet sellers accept Bitcoin.

Crypto is a speculative investment

So if cryptocurrencies aren’t going to work for buying and selling goods, could they be a good investment instead?

Regulators and market experts have all warned that for most people, cryptocurrencies are too uncertain and risky to be a sensible place to put your money. While it might be easy to buy coins, it is much more difficult to sell them. They are also unregulated, although governments in the US and UK are looking at introducing regulation soon.

Joe Pindar says in 2017 Bitcoin was a purely speculative asset being driven by momentum.

“It wasn’t operating like a currency nor was it pegged to a different asset that had downward pressure, like a company is when the share price is related to revenues earned,” he says. “One thing that has come to light in the last two or three months as the price of Bitcoin reduced is that it was easy to buy cryptocurrencies on exchanges but incredibly hard to sell them.”

Bitcoin is around $8,791 currently, after reaching a high of close to $20,000 in December 2017. Investors have seen huge historic swings – for example prices fell by more than $200 in a single day in June last year.

All this volatility means that it doesn’t work as a form of payment. The JP Morgan report said merchants hadn’t seen demand from customers wanting to spend it. Instead, holders of Bitcoin and other currencies were holding onto their coins in the hope that they would rise in value.

“There are a lot of investors in the cryptocurrency space,” says Drew Bell, chief developer at Ethercoin, a new cryptocurrency backed by an asset-based real estate. “A lot of people want to participate in the market and invest for the long term and want to be active traders, but to be a successful trader you need knowledge, experience, and to be able to control your emotions. Human beings get greedy and fearful and in a volatile market often do the opposite of what they should.”

He said there had been scepticism from institutional investors such as pension funds and investment managers, partly because the sector is, as yet, unregulated.

“There are some smart people on both sides of the argument right now,” he says. “Some love it and see it as transformational, that it is a new asset class and after regulation there will be huge amounts of money going into it.”

His company is also planning to educate people on how to trade cryptocurrencies, but he acknowledged that there were still some issues around cost and speed for cryptocurrencies as a means of payment.

“Visa can administer 56,000 transactions a second, but blockchain (the system by which coins are recorded) only 7,000 a second. It is still early days and will take time to maximise the potential of the system.”

The thorny issue of cryptocurrency regulation

The Financial Conduct Authority, the markets and finance watchdog in the UK, will be publishing a review of cryptocurrencies this autumn. It is part of a joint review by the Treasury and Bank of England.

The FCA is concerned that consumers may not fully recognise the risk involved in some of these products.

Joe Pindar of Gemalto says Bitcoin seems to have steadied for the moment at around $8,000 to $10,000. “It is not following any traditional or advanced pricing technique in currency valuations, but its price is purely based on market sentiment.”

All this makes it difficult to decide what might be a fair price, and when regulation comes in and there is a market shake-up it will have a further impact on the price.

Vinay Sharma, senior trader at Ayondo Markets, said in a briefing note that there the chances of crypto being used as a viable medium of exchange in the future was very slim. “With volatility so high they become assets that traders and investors can speculate on and I imagine this will continue to be true in the long term,” he said.