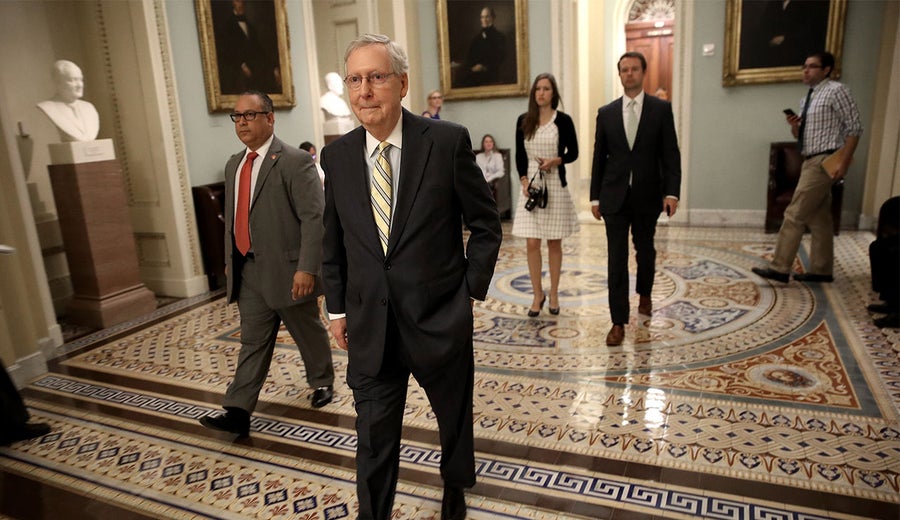 Save more for retirement.

That’s the most important lesson from the six-month Republican health care reform effort, if you haven’t been paying close attention.

The latest Obamacare overhaul bill is up for consideration in the U.S. Senate, and it’s like all of this year’s previous Republican proposals in a fundamental way: It would squeeze spending on Medicaid.

You might think that Medicaid, the government health insurance program for the poor and disabled, is something for other people. You might be wrong. Growing old in America — and covering the associated health care costs — is very expensive, and many look to Medicaid for coverage.

One-third of Americans turning 65 will need nursing home care at some point in their lives, according to the Kaiser Family Foundation. Some 1.4 million Americans received treatment in almost 16,000 nursing homes during 2015.

Who pays the bills for nursing home residents? Kaiser says 3 out of every 5 are covered by Medicaid. It’s no wonder why.

The typical cost of a semi-private nursing home room is almost $7,000 a month, Genworth Financial found. Even less expensive care, such as a home health aide, will run almost $4,000 monthly, far beyond the budgets of many older retirees.


A relatively healthy 65-year-old couple retiring now can expect to pay nearly $400,000 in health care costs, according to the most recent estimate from Fidelity Benefits Consulting.

One-third of that tab will be eaten by long-term care, and fewer than half of parents surveyed by Fidelity had discussed how they expect to finance those needs.

Many of us are not prepared for what’s coming. Only a fifth of adults are very confident they and their spouse will have enough money to live comfortably throughout retirement, according to the Employee Benefit Research Institute. More than a third have little to no confidence.

You will get sick, and you may not have the money to pay for all the care you’ll need. Medicare doesn’t offer much help with nursing care, and long-term care insurance policies often charge premiums that many cannot afford, and offer benefits that you may not needs for years.

That’s where Medicaid comes in. But the current Senate bill would shrink Medicaid funding 35 percent by 2036.

The prescription for you


The nature of the debate in Washington may leave you feeling helpless. But there is something that you can do: Ramp up your retirement savings.

Contribute to your 401(k) up to your employer max, and then shift other savings dollars into a tax-advantaged Roth IRA, if you qualify.

With any additional money you might have, build up a portfolio of low-cost diversified mutual and exchange-traded funds. If you don’t want to pick multiple funds, consider a target-date fund, which is more heavily into stocks when you’re young and moves more into bonds as you age.

Even a balanced fund — generally a mix of 60 percent stocks and 40 percent bonds — will get you to where you need to go.

Start investing early, and don’t try to time the market.

Think of the compounding interest you’ll earn as insurance against deteriorating health — and against confusion from Washington.