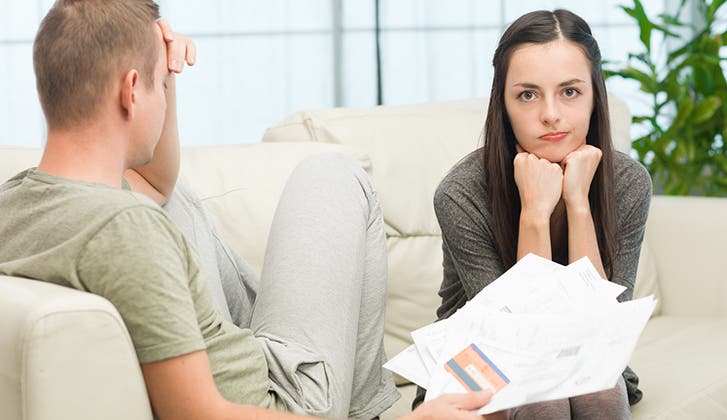 Launching into adulthood is never an easy task, but today’s young people do have it pretty rough — at least compared with recent generations. Fallout from the Great Recession has delayed the start of full-fledged careers for many in the millennial generation — those who range in age from 18 to 34.

Unsurprisingly, that late start in the working world may impede their ability to begin planning for the end of those careers. After all, many young people are still struggling to find meaningful employment to cover current expenses and crushing student loan payments. Saving for retirement is a luxury that many in the millennial generation, also called Gen Y, can’t yet afford.

Millennials know the stakes are high: A recent survey by Bankrate.com found that the biggest retirement fear among 18- to 29-year-olds is running out of money.

It’s not all bad news, though. Millennials who are able to save for retirement are generally killing it. Plus, new developments in 401(k) plans are making it easier than ever to save and invest adequately, if not awesomely.

“For people with savings, it looks like it was improved marginally,” says Monique Morrissey, an economist with the Economic Policy Institute, or EPI. “The percentage of the population that has retirement account savings has really declined.”

Data from the Federal Reserve show that millennials took more of a hit on their retirement accounts and they’ve recovered much less than the portfolios of the entire population as a whole.

For most of the country, net worth plummeted between 2007 and 2013. The silver lining for young people was that, in general, their net worth didn’t have much room to fall.

But there’s actually more to the story of millennial net worth. Their struggles to build assets are hampered by widespread use of student loans.

“The net worth figures are worrisome, as it speaks to the student debt issue,” Morrissey says.

Today’s young people are saddled with student debt. Older generations took out student loan debt as well, of course, but the percentage of heads of household under age 35 holding education installment loans has increased by 15.6 percent since 2001. Today, nearly 42 percent of families under age 35 carry student debt, a much higher number than older generations.

“The trend is that American families are deleveraging, trying to build back finances. But the black spot is student debt,” Morrissey says.

With so many young people grappling with loan repayments right now, the distant specter of retirement is a low priority for many.

“Young people have always been a little slow with saving for retirement,” says Nevin Adams chief of communications for the American Society of Pension Professionals and Actuaries, or ASPPA. “Generally young people have other priorities than retirement.

“There might be a unique dynamic that wasn’t as prevalent a generation ago — which is coming into the workforce with a lot of college debt,” he adds.

Though education is vital to getting ahead in the world, unmanageable student loans may have set many young people back.

Eighteen percent of adults between the ages of 18 and 29 report that they have too much student loan debt to consider saving for retirement, according to a survey conducted by Bankrate in January.

Young workers earn lower wages than those with longer tenures, as a general rule. But in the years between 2007 and 2013, the incomes of workers under 35 fell more than the wages of the general population, according to the Fed’s Survey of Consumer Finances.

Lagging earnings are only part of the story, though. Finding a good job is never exactly a cakewalk in the best of times for young people, and graduating from school into a down economy makes it much harder.

“Young people always have a hard time finding a job when there is weakness in the labor market,” Davis says.

“When college students graduate into a weak labor market, it can impact earnings and job opportunities for 10 to 15 years and affect their earnings further down the line,” Davis says.

In fact, one recent study, spearheaded by Joseph G. Altonji at Yale University, found that the unlucky graduates from around the time of the Great Recession, 2004 to 2011, may have had a tougher time in the labor market than previous recession graduates.

Graduating into a high unemployment economy translates to a roughly 1.8 percent earnings loss per year over the span of a decade, according to the study. Altonji and his colleagues found that a lucrative field of study can serve as a cushion, but graduates in fields that pay less than average can see income losses of 50 percent larger than average.

And those are the lucky ones who have found employment in their chosen fields.

“Young people are taking the jobs they can get: Employment in the food and service sector and the leisure and hospitality sector has increased 20 percent among 18- to 29-year-olds. They are forced to take whatever position they can to make ends meet,” says Konrad Mugglestone, an analyst at Young Invincibles, a policy research advocacy organization for young people.

Nearly half of workers with college degrees were working in jobs that didn’t require a college education, according to a 2013 study by the Center for College Affordability and Productivity.

Young people do have some advantages

Despite the obstacles, millennials have a lot going for them on the retirement savings front. For example, those lucky enough to land a job that offers a retirement plan may have more advantages than previous generations. That’s because developments such as automatic enrollment and escalation of contributions trick people into saving and continuing to save. These features, sanctioned by law in 2006, automatically sign employees up for a plan, forcing them to manually opt out if they don’t want to join.

Plus, unlike the waiting periods of yesterday, new hires often have the ability to start saving immediately since many employers have done away with waiting periods, says Adams.

“It has gotten easier for people to get in and start saving by doing nothing,” he says.

Bankrate’s recent survey on retirement and saving attitudes found that 29 percent of respondents between the age of 18 and 29 are satisfied with their current level of saving for retirement, about the same number as most other age groups.

Of those who are in a position to save, young investors in 401(k) plans today “are well diversified — and better — than prior age cohorts,” says Maria Bruno, a senior investment analyst in the Investment Strategy Group at Vanguard.

Many may have never even looked at a prospectus or thought about asset allocation, thanks to relatively new default investment options.

“Today, participants can be defaulted into target-date funds and into balanced funds as opposed to money market or stable value funds, which were used as defaults. If they don’t do anything they’re broadly diversified,” Bruno says.

The strongest factor working in their favor is time. With about 40 years to save for retirement, millennials are still in the best place possible to begin saving, despite the rocky start to their careers. Throw in some luck and consistent saving for the balance of their working lives and millennials will be able to enjoy a fully funded retirement.