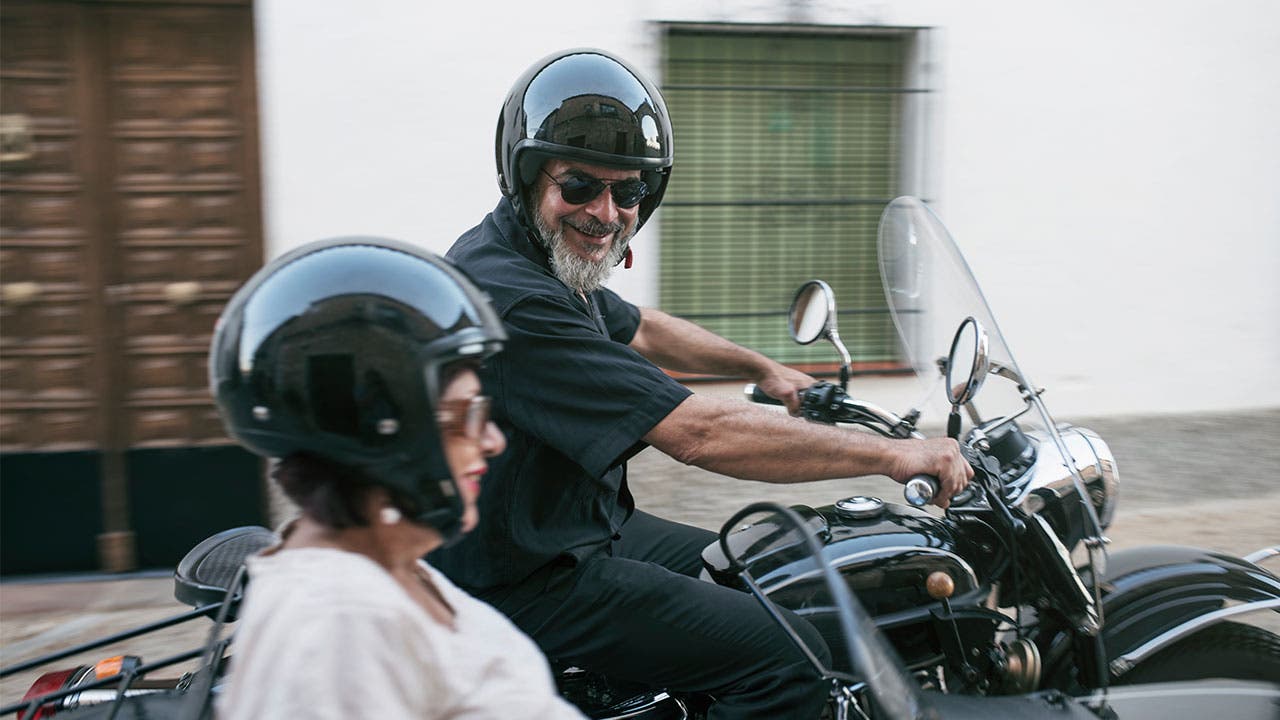 Most people accept that the U.S. has a retirement savings crisis.

The facts and figures illustrating this crunch are so profuse you can pick them off like low-hanging fruit on a tree. For instance:

Over the past 30 years, Americans gradually shifted away from pensions toward individual retirement investment accounts, and as a result many have been left behind, depending on Social Security to fund a heavy portion of their budget.

But there are other, less well-known, aspects to retirement beyond finances that weigh heavily on the joy you’ll derive from the last third of your life.

One in particular is your relationship with your spouse.

While there is a lot of research, some of it conflicting, on the relationship between your income and your well-being, a recent paper by Michael Finke of the American College, Nhat Ho of Eastern New Mexico University and Sandra Huston of Texas Tech University looked at the money and happiness a bit differently.

The authors used a couple of large-scale studies involving more than 1,500 retirees to study how spending and relationships in retirement affect your happiness. For the purposes of this post, let’s focus just on the relationship bit. (Leisure spending, by the way, leads to the most satisfaction.)

The paper found “the spousal relationship has a much more substantial impact on life satisfaction than spending inputs.” The joy you feel from a joyful marriage heavily outweighs the pleasure from buying stuff.

But a marriage, by itself, isn’t a cure-all. The researchers found a married retiree with a poor relationship with their spouse would have to dramatically increase their leisure spending by 43 percent to be as happy as an unmarried retiree.

The connection you have with your friends will also improve your satisfaction, all else being equal.

“A strong marriage can provide emotional and other support in retirement, which is crucial to overall success in retirement,” says Patrick Beaudry, senior resident at the PNC Center for Financial Insight.

“Also, happy people have been shown to be healthier overall, so medical costs may be lower, all things being equal.”

Let’s not forget health care. The paper also found your health status has a “substantial impact on life satisfaction.”

Good health is not only an end unto itself, but it also frees up everything else in retirement. You can spend more time with friends, and more money on vacations and dinners, if you’re spending less on health care costs and living assistance.

The enjoyment you glean from retirement, then, isn’t simply a function of what you saved, or how big a home you own. And that’s clear if you look at Bankrate’s recent ranking of the best states to retire.

The best states for retirement

We measured each state by seven metrics (cost of living, taxes, health care, weather, crime, culture and well-being) and weighted those scores based on a survey we conducted last year asking Americans what they look for when moving to a new state for retirement.

There was only one category where all top four states ranked in the top 10: well-being.

What does well-being mean? We used Gallup’s 2017 State Well-Being Index, which tries to “capture how people feel about and experience their daily lives,” according to the report. Gallup uses 2.5 million surveys to gauge how people measure themselves on five categories: purpose, social relationships, finances, community and overall health.

The top four states in our ranking also rated very highly on health care, even those these categories accounted for a combined quarter of the overall score.

Having strong social relationships, good health and a strong sense of purpose where you feel like a member of a community reaffirms your status in society. The lack of that status can be devastating.

Three-fifths of lonely adults 60 and older had an increased risk of physical and mental deterioration than more social peers, according to a study by the University of California, San Francisco. They were also 45 percent more likely to die.

Retirement is much more than retirement savings (although you should surely save). As you make your retirement plans, consider more than simply how much your particular area costs or your tax burden. Tend to the people in your life who mean something to you. Tend to your health. You’ll be happier for it.