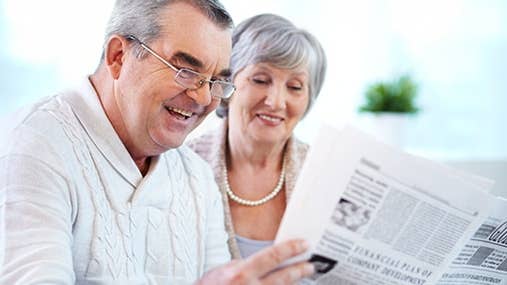 You know the maxim: If you want something done right, do it yourself.

That’s especially true when it comes to saving for retirement, no matter what kind of benefits your employer may provide. In fact, before you count on company-provided perks, be sure you’ve really earned them. You could be in for a nasty shock.

The 2014 Retirement Confidence Survey by the Employee Benefit Research Institute, or EBRI, found that more Americans are confident in their ability to afford retirement than they were in the years following the recession, especially those with a retirement plan at work. Eighteen percent say they are very confident and 37 percent are somewhat confident.

However, enrollment in a retirement plan, be it a traditional employer-provided pension or a 401(k), doesn’t guarantee that you’ll get hefty employer contributions. After all, you’ve got to clear certain hurdles before you can keep those perks.

Be vigilant with your retirement plan; certain rules and restrictions apply.

That’s the amount of time you need to work before you get to keep pension, 401(k) or other retirement assets contributed by your employer. On average, 401(k) plans let workers vest gradually, over a five-year period, until they earn the right to keep all of their employers’ contributions, according to the Profit Sharing/ 401(k) Council of America, or PSCA.

But with pensions, the period can be longer, says PSCA board member and past president David Wray. With a 401(k), you can be vested in three years, he says. “Or you can be gradually vested over time for a period that doesn’t exceed six years. But with a pension, you can have a plan where you’re not vested at all until after five years or you’re gradually vested over seven years,” says Wray.

Older workers tend to stick around until they qualify to keep all their employer-paid benefits — “about 14 years for their last job on average,” says Wray.

“But what typically happens is that people stay less than seven years in their early career, so younger workers especially need to understand how their retirement plan vesting schedule works” so they don’t quit before qualifying for employer contributions.

In the past few years, both employers and workers have upped their contributions to 401(k) plans. In 2012, employers contributed an average of 4.5 percent of salary to a 401(k), up from 4.2 percent a year earlier, according to the PSCA. Employees saved an average of 6.8 percent of their paycheck, up from 6.4 percent in 2011. It’s smart to contribute as much as you can to take advantage of the full company match.

Hurdle No. 3: Signing up

Even with a company-matching program, some workers who qualify to participate in a 401(k) plan fail to enroll. That said, companies have tried everything — from cajoling to nagging — to get workers to save for retirement. Tactics include automatic enrollment, used by nearly half of all plans in 2013, as well as Roth after-tax plans, now available at half of the companies, according to PSCA.

If you’re automatically enrolled, your employer may stash your earnings in safe investments, such as a bond mutual fund, that won’t provide adequate growth over time.

The bottom line: You’ve got to seize control of your own future and save, regardless of who may be looking out for your interests.