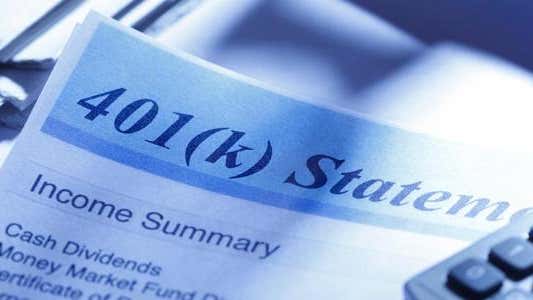 When President Barack Obama signed a bill in September 2010 allowing conversions of 401(k) funds to a Roth 401(k), plan participants faced a decision: Should they convert their 401(k) or 403(b) plan to a Roth?

If you’re considering this move, it may or may not be available to you. In the first place, your employer plan must include a Roth 401(k) or Roth 403(b) option for all its workers. Many still do not. And separately, your plan must allow such a conversion.

Roth 401(k)s have been growing in popularity since the Pension Protection Act of 2006 granted them permanent status. (Originally they were set to expire in December 2010). A law relaxing in-plan conversion requirements was passed in 2012.

Still, they’re not offered by all companies. A study released in April 2014 by Aon Hewitt Associates, a human resources consultant, found that half of mid- to large-size companies offered Roth accounts to their employees.

That may be because many employees don’t take advantage of a Roth 401(k) option even if their employer offers it, says Amy Reynolds, a partner at Mercer, a human resources consultant.

It’s true. In the Aon Hewitt study, 11% of plan participants with access to a Roth elected to invest in it.

“If you have low numbers using the Roth option, do you want to go to the trouble of adding the Roth conversion?” Reynolds asks.

Besides getting employers on board with offering Roth 401(k) conversions, a few other hurdles stand between workers and what the IRS calls an in-plan Roth 401(k) rollover.

Requirements for conversion among participants

Conversions must be done directly from the regular 401(k) to the Roth. That means you cannot take out the money yourself and then put the amount into a Roth 401(k) within 60 days.

“The plan could permit you to convert that money once it’s vested — if it has been in the plan for 2 years or if you’ve been a participant for 5 years,” says Judy Miller, chief of actuarial issues and director of retirement policy for the American Society of Pension Professionals and Actuaries.

Remember that plan rules vary from employer to employer. The IRS guidelines may be more lenient than what is permitted by your plan.

Once you’re eligible for converting to a Roth 401(k), another hurdle emerges: paying taxes on the conversion.

Therefore, moving money out of the regular 401(k) and into the Roth 401(k) is a taxable event. Tax is owed on the entire value of the conversion — contributions and earnings — in the tax year the conversion is done.

And there’s the rub: Workers will need a bundle of cash to pay Uncle Sam to convert.

“You really need to have money from another source to pay the taxes. If, in fact, you take the money out of the plan to pay the taxes, you have taken a distribution, which is taxable to you,” says Beth Gamel, CPA and managing director of Argent Wealth Management in Waltham, Massachusetts. Translation: You’ll pay taxes on the money that you withdraw for the purpose of paying taxes.

Paying the tax with funds from the employer-sponsored plan lowers the amount you have saved for retirement and can diminish the benefit of converting to a Roth.

Participants under age 59 1/2 in plans offering the option of converting employer contributions would want to avoid paying taxes with funds from their 401(k), even if their plan would let them get the money out, as there would be a 10% penalty on the early distribution in addition to taxes owed.

Timing may be important when it comes to converting from a 401(k) to a Roth. If the market is soaring and your investments have increased in value, more taxes may be owed on the earnings.

Unlike a Roth IRA conversion, workers can’t change their minds after pulling the trigger on the rollover. Participants in a 401(k) do not have the option of recharacterizing their 401(k) conversions.

“With the traditional IRA to Roth IRA conversion, if you see that the market goes down precipitously between now and when you have to file your tax return, you can recharacterize, or get out of it — basically saying, ‘Stop the clock! I didn’t really do that conversion and I’m putting all my money back into my traditional IRA,'” says Gamel.

No such option exists for 401(k) conversions; workers will have to divine the best time to do their conversion.

Despite the burden of paying a mint in taxes in one year, converting to a Roth 401(k) can be advantageous for some workers.

Aside from tax-free withdrawals in retirement, Roth 401(k)s have another advantage. Unlike Roth IRAs, which have no required minimum distributions, Roth 401(k)s do require that you take distributions by age 70 1/2. But you can get around this rule by directly rolling over your Roth 401(k) to a Roth IRA when you leave your employer. That way, retirement money that doesn’t get used up in this lifetime can be passed on to heirs in the future.