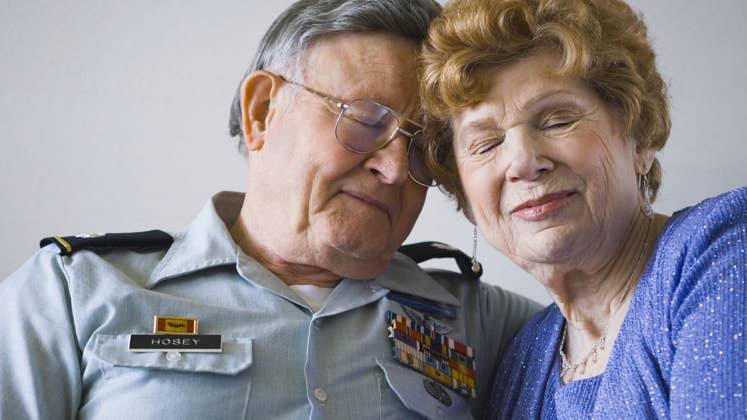 Just months after making sweeping changes to its retirement system, the U.S. Department of Defense — the largest employer in the United States — is eyeing further changes.

Last fall, Congress passed, and President Barack Obama signed, a defense bill that overhauled the way the military provides retirement benefits to those who serve.

The principal change: The military’s old plan, which required troops to serve a minimum of 20 years to be eligible for a pension benefit, was replaced with a blended pension and retirement savings plan open to all troops.

This hybrid system consists of a lesser defined benefit pension plan, coupled with access to the Thrift Savings Plan, or TSP, which is available to all federal workers.

This amounts to a 5% contribution from the federal government altogether, including the 1% automatic contribution.

The change means that nearly everyone serving will one day leave with something saved — a big change from the old system, which benefited few soldiers, sailors, airmen and Marines.

It’s important that retirement savings start as soon as possible for anyone.

Since most troops serve 4, 6 or 8 years and then leave, they received “no retirement benefit in compensation for their service to the nation,” says retired U.S. Navy Capt. James Graybeal, who served as spokesman for the Military Compensation and Retirement Modernization Commission, or MCRMC, which issued its recommendations for changes to military retirement benefits in 2015.

Only about 7% of enlisted men serve for 20 years, Graybeal says. By contrast, about half of all officers serve 20 years.

The new blended retirement system will be open to all service members who join the military on or after Jan. 1, 2018, and those who have fewer than 12 years of service on Dec. 31, 2017, if they choose to opt in to the new system. Military personnel with fewer than or more than 12 years of service as of that date can choose not to opt in. Those who make this choice will remain grandfathered under the old military retirement system.

Before these new changes take effect on Jan. 1, 2018, the Department of Defense is seeking further changes to military retirement benefits in its fiscal year 2017 budget. Among the changes, it seeks to:

The proposed increase in the TSP match to 6% from 5% has been well-received. But the proposal to add 2 years of service before becoming eligible to receive that match has generated opposition.

“We would prefer that the system stays as it is with matching at 3 years,” says Eileen Huck, government relations deputy director of the National Military Family Association, which represents millions of service members, both active duty and retired. “It incentivizes people to start saving earlier, and delaying it merely diminishes the value of their retirement benefits,” she says.

“It’s important that retirement savings start as soon as possible for anyone,” she adds.

But the delay makes sense to Lawrence Korb, a former assistant secretary of defense who is now senior fellow at the Center for American Progress. The Department of Defense is like any organization, he says, in that it’s “reluctant to spend on folks who won’t be around for long — and that’s often the case for volunteers who join the military but leave after their 4 years are up.”

Delaying the match until year 5 gives service members an incentive to re-enlist, he says.