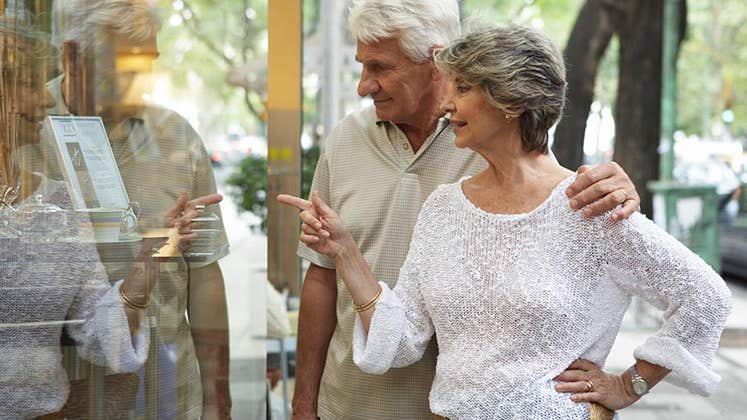 Every year, millions of us decide we’ve had enough of the grind and that it’s time to figure out where to kick back in retirement. While many Americans ultimately choose to stay put, a national poll that Bankrate published last year found that half of those counting down loudest to retirement — those in the 50-to-64 age group — said they’d consider moving somewhere else when their working days are done.

To get people thinking about which cities might make for a fun, hassle-free retirement — and which might present some specific challenges to retired folks — we collected and analyzed data on 196 cities of all sizes in the U.S. until our eyeballs were ready to fall out. Then, we ranked them. Here’s how we did it.

Deciding what data to include in the ranking required a lot of thought, in part because every soon-to-be retiree has different things they value highly when looking for a place to retire.

For instance, if you’re among the majority of Americans concerned about not having enough money for retirement, you might be focused on finding a place to retire that has a low cost of living so you can afford to go out to dinner every once in a while without having to hit the early bird special. On the other hand, if you’re looking forward most to hanging out with grandchildren, being close to family might trump everything else.

Based on our 2015 poll and our understanding of the challenges facing retirees, including climbing health care costs and limited retirement savings, we came up with a list of characteristics that would help measure how well-suited a city is for retirees.

Once we decided on some fairly universal aspects of a good place to retire, we gathered data from sources both private and public to help us evaluate U.S. cities based on these criteria. We tried to use the most recent, specific data available.

Cost-of-living data came from the Council for Community and Economic Research, or C2ER, which collects price information in metro areas all over the country on everything from hamburgers to women’s slacks. C2ER uses those prices, weighting them based on their share of a typical household’s costs, to create a cost-of-living index for each area.

Health care data came from HealthView Services, which calculates the total average lifetime health care costs for seniors in each state (Spoiler alert: It’s hundreds of thousands of dollars), and from the Agency for Healthcare Research and Quality, a government agency that uses reams of statistics to rate states on the quality of care offered to residents.

Information on tax burdens came from the nonpartisan Tax Foundation, which examines the percentage of resident incomes in each state that goes to paying state and local taxes.

Weather data came from 30-year averages collected by the National Oceanic and Atmospheric Administration. We used it to rank states based on how many months of the year their average temperature strayed from a comfortable range.

Our crime data came from the FBI’s database, which collects per capita incidents of violent and nonviolent crime from thousands of cities and towns. That adjustment for population size is critical here — it means that smaller cities don’t necessarily score better just because they have fewer crimes on an absolute basis than bigger cities.

To get a sense of the cultural vitality in each city, we turned to the Creative Vitality Index, developed by the Western States Arts Federation, which looks at things like arts funding, employment in creative industries, sales of music and other factors on a per-capita basis and combines them into one index.

For walkability, we used data from WalkScore.com, and for well-being, we used the Well-Being Index from Gallup-Healthways, which is derived from interviews with more than 175,000 Americans a year to determine, among other things, their sense of purpose and their sense of community pride.

Using statistical analysis, we converted the data into scores useful for ranking the cities in our sample. Then, over a cup of coffee or 10, we figured our results.

Overall, we found that the many retirees heading to states like Florida and Arizona each year may be on to something. Cities in Florida’s Sarasota and Cape Coral areas got top scores in our ranking, as did several cities in the greater Phoenix metro area, all of which were helped by mild winter weather.

Cities in the South and West dominated the top of our ranking, but there were also some areas that scored well that probably aren’t on many soon-to-be retirees’ short lists, including West Des Moines, Iowa, and Round Rock, Texas.

The cities that fell to the bottom of our ranking did so based on many factors, including extreme cold weather, high cost of living and high local taxes. Not surprisingly, many cities in the Northeast were driven to the bottom of our list by a combination of these factors.

Not a one-size-fits-all proposition

The point of the ranking isn’t to tell retirees where they should or shouldn’t settle down. We don’t expect readers to immediately start packing for Arlington, Virginia, West Des Moines, Iowa, or Sarasota, Florida, after they finish reading our top 10 list.

Rather, it’s to get those considering a move in retirement to take a thorough, holistic look at the places they’re considering. Sure, maybe a place has a great lifestyle and wonderful weather, but if you’re too broke to enjoy it because of a high cost of living or super-high taxes, it’s not going to do you much good. Conversely, a place may be dirt-cheap to live in, but if you can’t get the medical care you need without traveling long distances, it will be hard to enjoy any extra money you have.

There’s no one perfect place for every retiree. Instead, you need to do some research — and soul-searching — to figure what you need, and what you can live without.