How to avoid going broke in retirement 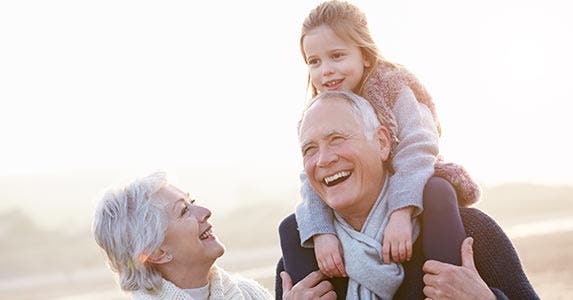 The average life expectancy in the U.S. is higher than ever, and while that is great news, there is a potential downside: Retirees today need to plan on having their money last for much longer.

A recent Bankrate survey found that 70% of Americans plan to work for as long as possible, with many saying it’s because they’ll need the money. That plan may or may not work out. But if you worry about running out of money after you retire, financial experts have some answers for you.

Want to avoid running out of money in retirement? Read on to see what the academics and financial industry experts have to say. 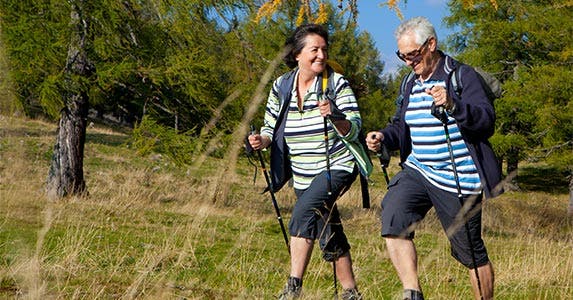 Gradually hike up your stock exposure

Conventional wisdom states you should dial down your stock exposure as you advance in age. But an academic study suggests doing the opposite: Rather than cutting down on stocks in your portfolio after retirement, you should hike it up.

According to Wade Pfau, professor of retirement income at the American College, and Michael Kitces, a partner with the Pinnacle Advisory Group in Columbia, Maryland: Instead of going for a downward slope in terms of your equity exposure, you should actually go for a ‘U’-shape approach, with the stock component of your portfolio gradually going up post-retirement.

Pfau says, “Starting with a lower stock allocation and then gradually increasing it helps to provide bigger downside protection. In the worst-case scenario, the damage toward retirement is going to be less than created with other asset allocation strategies.” 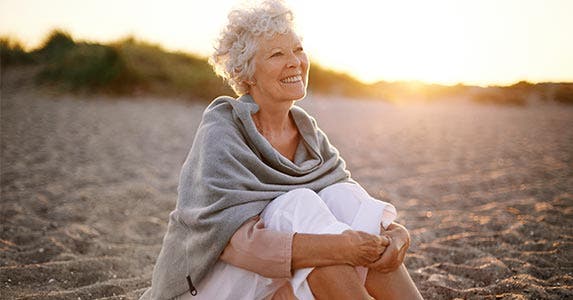 Those still in the workforce can avoid running out of money in retirement by saving steadily throughout their careers.

In another study by Pfau, he found that you are likely to be better off by focusing on saving at a steady rate during your working years, rather than on a withdrawal rate after retirement. The conventional approach is to try to accumulate a certain target wealth amount that will help you withdraw at a specific safe and sustainable withdrawal rate — say, 4% — from your portfolio in retirement.

Pfau says, considering that a portfolio of stocks and bonds tends to be volatile, it means you can’t safely say where you will end up. “Instead, look at savings rate, which, because of its mean reversion, tends to be much less volatile in terms of what consistently works historically,” says Pfau.

There is no universal savings rate that applies to everyone, and you can figure out what works for yourself. However, a baseline of 16% to 17% might be a good starting point, Pfau finds.

Another disadvantage with focusing on a safe withdrawal rate is that this rate, if it is set during a time when portfolios are benefiting from a long bull market, is not likely to be sustainable. 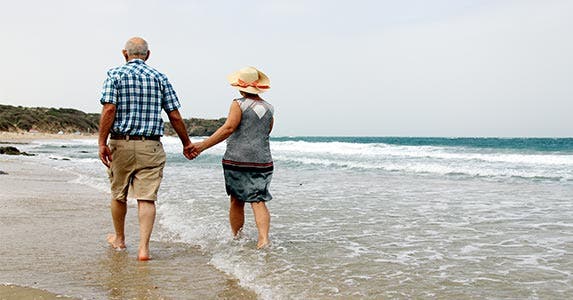 Once you set up a certain withdrawal rate, the conventional retirement approach is to stick to it throughout retirement, over a period of time that could be as long as 35 years.

David Blanchett, head of retirement research with Morningstar, the Chicago investment research firm, says, “The 2 unknown variables when it comes to building an income strategy are how long you are going to live, and what the market returns are. If you knew both of these variables with absolute certainty, you could know exactly the amount you could take from your portfolio.”

He says that retirees would be better off readjusting their withdrawal rate periodically in a dynamic manner, rather than sticking to a specific withdrawal rate.

The way to do this is to reassess your withdrawal rate at some defined interval, typically once a year, based on factors such as how long you expect to live, your current spending and plans for future spending.

These 3 triggers should motivate you to reassess your withdrawal rate: 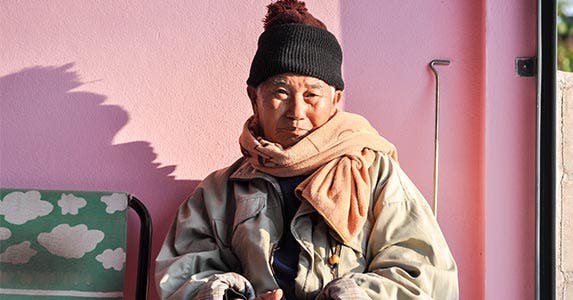 Mutual-fund giant Vanguard’s dynamic approach to portfolio withdrawals is based on a combination of 2 tactics:

In what Vanguard calls a “ceiling and floor” approach, the fund company says you could withdraw a specific percentage of your portfolio each year, setting upper limits (or a ceiling), and lower limits (or a floor), based on what you spent in the previous year. 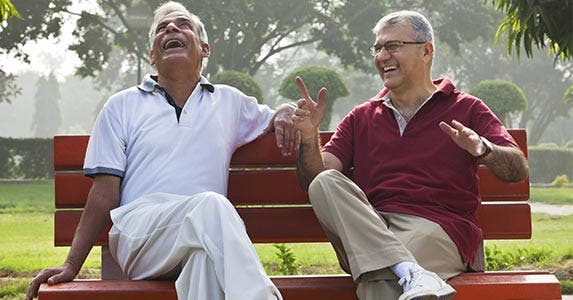 Ivory tower approach may not work

Although academics may spout theories about how best to deal with retirement issues, these studies may have some significant shortcomings as far as how you can actually use them to plan your retirement.

Bonnie-Jeanne MacDonald, actuary and academic researcher with Dalhousie University’s economics department, says that academics are inclined to model things based on assumptions that may be hard to determine. She notes, “It is really hard to model things like taxes and government transfers (such as Social Security) and government credit. So, when academics are evaluating one strategy over another, they almost always do not take that into account when it could be quite important.”

For instance, the amount of income retirees will need to maintain their standards of living, expressed as a percentage of their pre-retirement income, is often geared to a one-size-fits-all approach based on certain assumptions, MacDonald concludes in a study sponsored by the Society of Actuaries.

And some of the studies that look at how people draw down their money in retirement are based on a cohort of people who grew up in the Great Depression — and that level of conservatism may not hold up in the future.

ADVISER SEARCH: Need help getting your retirement plan together? Find a financial planner in your area at Bankrate.com today! 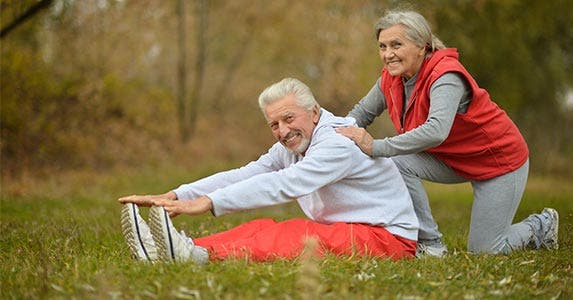 To get a better idea about Americans’ retirement preparedness, the Employee Benefit Research Institute, or EBRI, has been surveying individuals on their retirement confidence annually for more than 20 years. And one of its findings is that people consistently don’t take the first step to avoid running out of money in retirement.

Dallas Salisbury, EBRI’s resident fellow and president emeritus, says that, surprisingly enough, less than 40% of the survey respondents going into retirement have calculated how much they expect their expenses and income will be in retirement. This is important because the traditional approach that called for 75% to 80% replacement of pre-retirement income is based on an era when long-term care insurance policies were very good and more readily available than they are today. And people believe that Medicare pays for more than it actually does.

“The No. 1 thing to do is to make sure that you have done a thorough assessment of what your expenses are likely to be and how much income you will need to cover those expenses,” says Salisbury. That way, you may find that even though you are eligible to retire, having reached a certain age, you may not actually be able to retire. 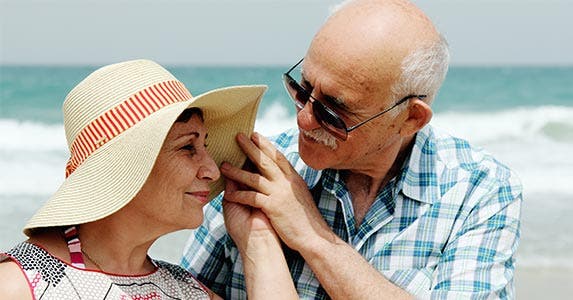 One approach that retirement researchers advocate to deal with the uncertainty of how long you will live is to buy a private annuity from an insurance company so that you get a defined income for life after you retire. The drawback: Most annuities do not provide inflation protection unless you specifically get one that does.

Social Security payment is an annuity that most Americans expect to receive, and it generally offers a cost-of-living allowance annually. You can get a benefit as early as age 62, but the longer you wait, the higher the payout. Because you receive “delayed retirement credits” past your full retirement age — between 66 and 67 for those born after 1943 — it may make sense to wait until age 70 to collect, when you get the maximum benefit. You could use your own savings for a while instead of opting for Social Security as soon as you are eligible.

Also, think through the retirement decision. Rather than retiring and then trying to get back into the labor force if you decide you need more money — at which point you will likely only find a lesser job — you might be better off sticking it out longer in your primary occupation and retiring only when you determine that you are truly ready to do so.

RATE SEARCH: Saving up for retirement? Get some interest on your savings starting today and shop for money market accounts at Bankrate.com.