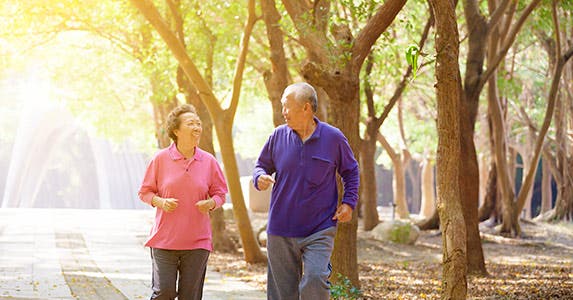 Most people don’t stray any farther from home than the local fine-dining establishments. But some trailblazers wander off to distant places whenever they get a chance — such as when the yoke of work is dropped in retirement.

In fact, millions of Americans have decamped for foreign soil in retirement. Some want adventure and others simply want to improve their lifestyle by moving to countries where they can get greater value for the dollar. Or, they want to return to their country of origin or their ancestral homeland, says Michelle Mittelstadt, director of communications and public affairs at the Migration Policy Institute.

According to recent estimates from the U.S. Department of State, about 6.8 million Americans live outside the country.

Though it’s difficult to know exactly how many American expatriates live in any given country, the Social Security Administration, or SSA, keeps a database of all the countries in which Social Security beneficiaries receive checks or direct deposits.

According to SSA statistics, Canada, Japan, Mexico, Germany and the United Kingdom top the list of foreign homes to American retirees. Because of their obvious popularity, they might be considered the best countries to retire in.

We looked at the cost of living and the steps required to permanently settle in each country. We also talked to some expats about the unique culture of these places. Check out what we discovered, and have fun on your vicarious retirement journey! 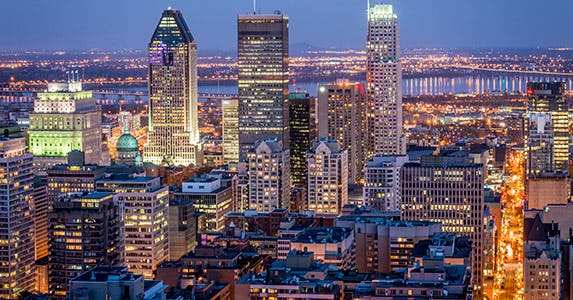 Canada has a great reputation for being a peaceful, prosperous and socially progressive country. As a result, it’s in high demand. If you’re hoping to move north for retirement, you’re in good company.

“Canada has long been a destination of choice for immigrants, having one of the highest per capita rates of permanent immigration in the world,” says Remi Lariviere, media relations officer with Citizenship and Immigration Canada, the immigration department for the Canadian government.

“Canada is among the world’s major immigrant-receiving countries, welcoming nearly 260,000 permanent residents a year for the last decade,” he says.

In order to retire in Canada, Americans must fall into one of several categories: a skilled worker, an investor, a trade worker, family sponsorship or someone with previous lengthy work experience in Canada.

Canada has the 20th highest cost of living out of a list of 119 countries, according to Numbeo.com, an online database of price data contributed by users around the world.

The base for Numbeo’s indexes is New York City. It represents 100% in all six of the columns.

People in Canada can buy about 21% fewer goods and services than Americans are able to buy at the average wage. 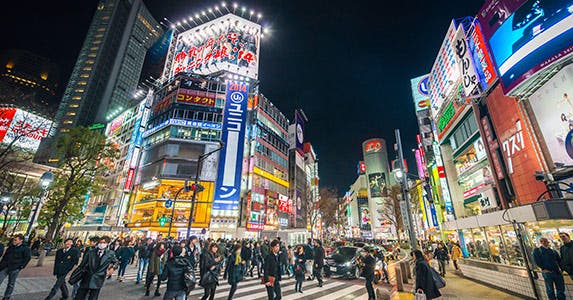 Radioactivity danger from the tsunami notwithstanding, Japan’s distinctive culture is a strong draw for people around the world.

“Japan is an island in not only the physical sense. They feared, and still fear, the non-Japanese part of the world and through the centuries have built a fully independent, or so they think, little bubble world,” says Tim van der Linden, a Belgian expat living in Japan with his Japanese wife. He writes about Japan on his blog, Shisaa.jp.

The Land of the Rising Sun does not make it easy for immigrants. Most of those who do end up with permanent resident status may be married to Japanese citizens or have parents from the country. American retirees who find themselves in one of those categories have the easiest time obtaining resident status.

Even marriage status won’t necessarily make the immigration easy. Van der Linden says he was required to fill out about 30 double-sided forms and provide ample evidence proving his marriage was genuine.

Though some forms were straightforward, others “were designed to try and poke through sham marriages, which, also in Japan, are still a big issue. Those forms required lots and lots of details of how my wife and I met, how many times I went to Japan, how many times she went to Belgium, and more,” van der Linden says.

“This all had to be proven with copies of plane boarding tickets, train tickets, metro tickets, emails we sent back and forth, (and) pictures we took through the years prior to the visa application,” he says.

American travelers can stay in the country up to 90 days without a visa as tourists. Americans can also apply for a long-term stay of up to one year if they meet a couple of requirements, including having a certificate of eligibility.

The base for Numbeo’s indexes is New York City. It represents 100% in all six columns.

People in Japan can buy about 27.88% less than people are able to purchase in the U.S. 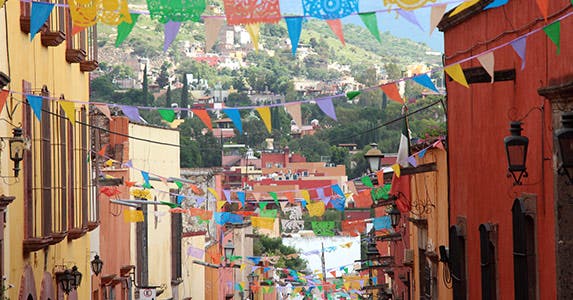 Mexico makes it pretty easy for Americans moving south of the border. About 1 million American citizens live in Mexico, according to the U.S. Department of State. Of the top five retirement destinations of Social Security beneficiaries, Mexico has the most lenient requirements for retirees looking to emigrate.

“The overall cost of living is much lower than in the U.S., so your U.S. dollars stretch further. An individual can live very comfortably on $1,500 a month or so, and a couple on about $2,200 and up,” says Glynna Prentice, Mexico editor for InternationalLiving.com.

“Because you need less money here, if your retirement or business income is in dollars, you simply don’t have to work as hard to live comfortably as you do in the States. This means less stress and more time for enjoying yourself. And you’re in a country that puts a high value on family, on personal connections and on enjoying life,” she says.

“This is a country with an incredibly rich history and living, indigenous cultures,” Prentice says. “Mexico has more UNESCO World Heritage destinations than any other country in the Americas, for instance, and a big chunk of them are colonial cities. It’s rich in nature preserves and wildlife and in archaeological sites. And that’s not even counting the food.”

Expats in Mexico have a couple of options when applying for a visa.

There is a temporary resident visa, available to immigrants with ties to the country through marriage or family, or with proof of a monthly income of around $1,500 or about $25,000 in investments or bank deposits.

“After four years with a temporary visa, you either convert to a permanent resident visa or you go back to your home country and start again,” says Prentice.

To apply for permanent resident status, retired Americans must prove they have a monthly income of $2,500 per month or $100,000 in bank or investment accounts, according to the website for San Diego Leisure, a visa consulting service.

Mexico’s cost of living ranks No. 101 out of 119 countries, according to Numbeo.com.

The base for Numbeo’s indexes is New York City. It represents 100% in all six columns.

Citizens of Mexico can buy 66.58% fewer goods and services at the average Mexican wage than citizens of the U.S.

Americans have plenty of reasons to decamp for Germany, including the famous German efficiency.

“Personally, even though I am in my heart a hippie and a nonconformist, I like the order and efficiency of the German life and lifestyle,” says Stephen Benedetti, an American expat in Munich.

He cites as a strong enticement the paradox of exchanging some freedom for the ability to feel secure in his daily life.

For instance, he has to abide by certain requirements — “things like having to carry ID all the time … or (having to) register with the government about where I live,” Benedetti says.

But “I am free to live without fear of a health crisis ruining me or making me lose my job. I am free to wander about the biggest cities in Germany without fear of being shot, or robbed, for that matter. Those freedoms mean a lot more to me,” he says.

Americans can visit Germany without a visa for up to 90 days. Once in the country, retirees can apply for a residence permit. Before you hit German soil, applications can also be submitted through the German embassy or consulates in the U.S.

To retire in Germany, expats will need to prove that they can support themselves and show they have health insurance that will be accepted by German health care providers, according to German-Way.com. Speaking German and undergoing an integration course will help your cause.

Germany has the 25th highest cost of living out of a list of 119 countries, just behind the U.S., according to Numbeo.com.

New York City is the base for Numbeo’s indexes. It represents a reading of 100% in all six columns.

People in Germany can buy about 14.25% fewer goods and services than people in the U.S. 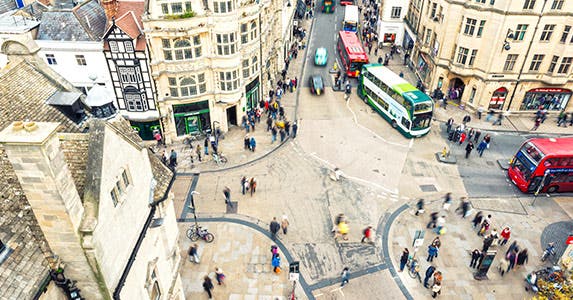 America’s neighbors across the pond seem so close. And yet the U.K. has never been more out of reach for Yanks hoping to spend their golden years searching for the Loch Ness monster in Scotland or raising ponies on the moors of England.

The U.K. began changing immigration laws in 2008, blocking the opportunity for retired people over age 60 to settle into the country. In 2010, Prime Minister David Cameron vowed to reduce immigration, and expats found their options dwindling.

“It wasn’t until they started changing the immigration laws that things became difficult,” says one American expat in London, who requested to be called only by her first name, Brittany. She was able to get sponsored by her company to apply for a work visa.

“When I came over here in September 2008, there was a very clear and much more easily achievable route to permanent residency,” she says. Then the political climate changed. “That’s when things became more difficult, complicated and confusing,” Brittany says.

It’s difficult to retire to the U.K. unless: you’re married to a citizen of one of the countries making up the United Kingdom (Wales, Scotland, England or Northern Ireland); you’re able to prove that one of your grandparents was born in the U.K.; or you have considerable wealth.

The Tier 1 investor visa requires that immigrants have 2 million pounds, or about $3.04 million.

The U.K. is not cheap. It rings in at No. 10 on Numbeo.com’s list comparing the cost of living in 119 countries.

Numbeo’s base for the index is New York City. It represents 100% in all six of the columns.

People in the U.K. can buy about the same amount of goods and services as people in New York City.