Looking for reasons to get your mitts on that sweet Social Security money at the earliest age possible? Prepare to be disappointed: There aren’t many good reasons to file for Social Security at age 62. But if you fall into any of the categories listed here, go ahead and file. Your motives are pretty unassailable.

People typically file as soon as possible for Social Security benefits for two possible reasons: dire financial straits and ignorance of the system. “Some people are forced to take it early and there is no option for them. Then other people are just making the wrong decision,” says Laurence Kotlikoff, professor of economics at Boston University and president of Economic Security Planning and MaximizeMySocialSecurity.com.

Losing a paycheck before you’re ready to hang it up for good can throw the best-laid plans awry. With no other source of income to pay the bills, people who are laid off may have no other choice but to start taking their Social Security benefits, says Joshua Kadish, partner at RPG Life Transition Specialists in Riverwoods, Illinois.

Illness can take down the heartiest individuals. A single person who believes he or she has only a short time to live can file for Social Security benefits at age 62 without giving it a second thought. “It may make sense to claim sooner rather than later,” Kadish says.

The scenario changes, though, when a person is married. Filing early with the thought that your life will be cut short could leave your surviving spouse in a bind.

Experts say that if the higher-earning spouse doesn’t expect to live much longer, he or she would do the surviving spouse a huge favor by delaying benefits.

“The person with the higher benefit should delay benefits, as the spouse will benefit ultimately from the higher widows benefit,” says Russell Settle, founding partner of SocialSecurityChoices.com.

In way too many circumstances, people tumble into their 60s running on cash fumes and need the money provided by Social Security.

“The principal reason (people file early) is that they need the money. People don’t have adequate retirement savings. They need Social Security to supplement their income. That is legitimate from our point of view,” Settle says.

The whimsical nature of the Social Security system adds to the pronounced income inequality among the retired set. Being able to wait until age 70 to file for Social Security is a luxury that helps the well-off while those with the most need are punished.

“A lot of people just don’t have anything else to live on. They are cash-constrained or can’t wait to take Social Security’s best deal, which I think produces an enormous inequity across people. The system is capricious and unfair to the entire country,” says Kotlikoff.

Reason No. 4: Mistakes and misrepresentations

Ignorance of the frighteningly complex rules around Social Security often leads to the wrong choice.

“We encounter a lot of clients who say that they spoke to a Social Security representative who misrepresented something,” Settle says.

To get to the bottom of complex or unique situations, some retirees may have to hunt for a unicorn of the Social Security office: the technical adviser or expert.

“My understanding is that every office has a technical adviser, someone who is an expert in the more obscure provisions in Social Security. They are better trained, better informed than the typical representative who deals with the public on a routine basis,” says Settle. 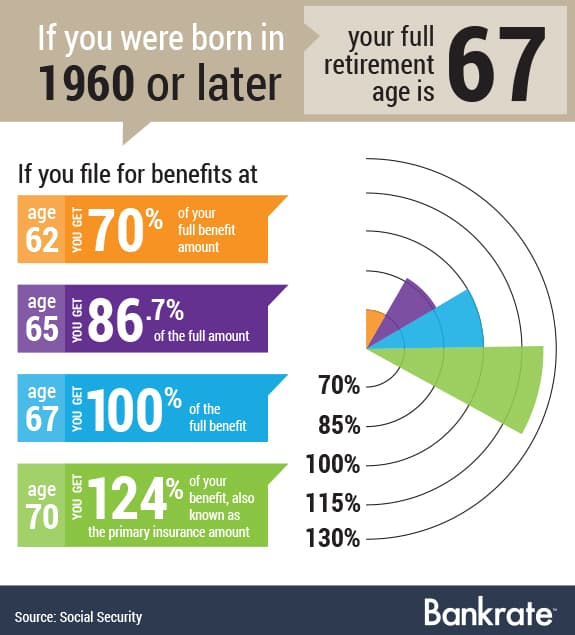 Paying for advice is worth it

Here’s an example of a common situation that often goes wrong due to ignorance of the rules.

Social Security uses a formula to determine widows, or widowers, benefits for the surviving spouse of someone who took retirement benefits early.

“It basically penalizes those spouses. If they are the surviving spouse of someone who took benefits early, they get penalized through the formula — for some widows or widowers, there is no advantage of waiting past age 63 or 64,” Kotlikoff says.

“You’d never understand that looking at the Social Security website because they say things that are terribly wrong on the website,” he says.

There’s an easy explanation for the mistakes and misrepresentations: Social Security is a complicated system. To really understand filing options, retirees have to become experts on the system or turn to third parties to get good advice.

“Anything that you say has 50 ‘buts’ associated with it when it comes to Social Security,” Kotlikoff says.

Hundreds of thousands of dollars can be left on the table as a result of a suboptimal filing strategy. Paying for good advice on what could possibly be the biggest financial decision in a lifetime is probably worth it.