What the seller can do after a homebuyer backs out 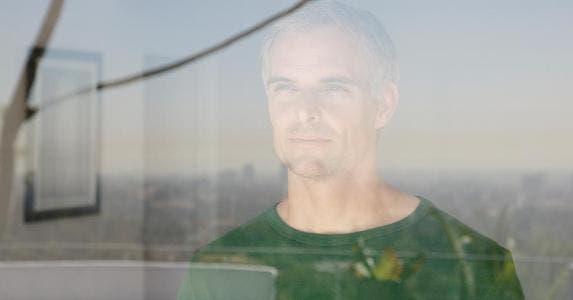 It’s a hard fact for home sellers, but not every deal closes. Sometimes the sellers cancel the contract themselves; more often, it’s the buyer who walks away.

Buyers back out for a variety of reasons, judging by a series of online member surveys by the National Association of Realtors.

In the most recent period, 33% of the terminations were due to home inspection issues (e.g., defects in the home) and 21% were due to financing issues (e.g., buyers weren’t able to get a mortgage). Other problems included appraisal or title issues, other contract contingencies, buyers losing their jobs, and simple cold feet.

Regardless of the reason, a terminated deal leaves the seller with a hard decision: Give up or try again?

Linnette Edwards, broker/agent for My Housing Guide in the East Bay around Oakland, California, says sellers should “definitely” put their home back on the market.

“It’s discouraging and deflating,” Edwards says, “but you already got one offer. You’re going to get another.”

Seasonality can be a factor for some sellers, especially if they don’t have to move, says Wendy English, sales manager at Century 21 Commonwealth in Medfield, Massachusetts.

“There are a lot of sellers who, if their house isn’t sold by the 2nd week in November, will take it off for the holidays and try again in the new year,” English says.

Who gets the deposit?

Either way, the first priority is for the buyer and seller to sign a written contract cancellation and figure out who’s entitled to the buyer’s deposit.

Sellers might believe it should be theirs, but it’s rare that they get to keep it because most buyers who walk away do so within the time frame of a contingency that gives them an out, English explains.

If all of the contingencies have been removed, the seller might have a better shot at the deposit or a contractually determined break-out penalty, such as 3% of the purchase price.

The outcome depends on state law and how the contract is worded. If the resolution isn’t clear or a lot of money is involved, sellers might want to consult an attorney.

“The important thing to know is that you cannot officially remarket your home, take a new buyer and go into contract until you’ve received a cancellation of contract and settled the deposit,” Edwards says.

A backup offer can soften the blow, but even that isn’t always a smooth and easy solution.

The backup might step into first position automatically or be subject to further negotiation, depending on state law and how the backup offer is worded.

And even if the backup seems solid, the 2nd buyer might back out, too.

“Until they hand over the keys, sellers do tend to be nervous about the whole process, especially if they need the sale to buy their next house,” English says.

Smart sellers keep their home as sale-ready as possible until all the contingencies are removed to ensure a good show for inspectors and the appraiser and in case the deal falls through.

If there’s no backup offer, sellers need to get the house back on the market as quickly as possible, English says.

Relisted homes may be denoted as “back on the market,” sometimes abbreviated “BOM” or “BOMK,” in the broker’s multiple-listing system (MLS).

Relisted homes can suffer from a stigma, even if the buyer’s decision to walk away wasn’t related to the home itself.

Such questions can “hurt you as a seller,” but you can try to protect yourself by making a disclosure such as “BOMK — no fault of the seller,” in the MLS, if that’s appropriate, she adds.

Whether a relisted home will sell for more or less than the original contracted price depends on market conditions and why the buyer walked away.

If a newly discovered major defect was at fault, sellers can either remedy the problem or remarket the home with a disclosure. How that will effect the new price depends on how buyers perceive the home and the new information.

“If you have a foundation issue that’s going to cost $40,000, you either go back on the market with a price adjustment that makes sense to buyers or you do the repair if that makes even more sense to buyers,” Edwards says.

Sellers who received multiple offers should resist the temptation to relist at a higher price.

“Unfortunately, buyers perceive that as red flag. They see a home that’s back on the market and now they think there’s a crazy seller who wants more money for it,” Edwards says. “You need to let them do the bidding to get up to that price themselves.”