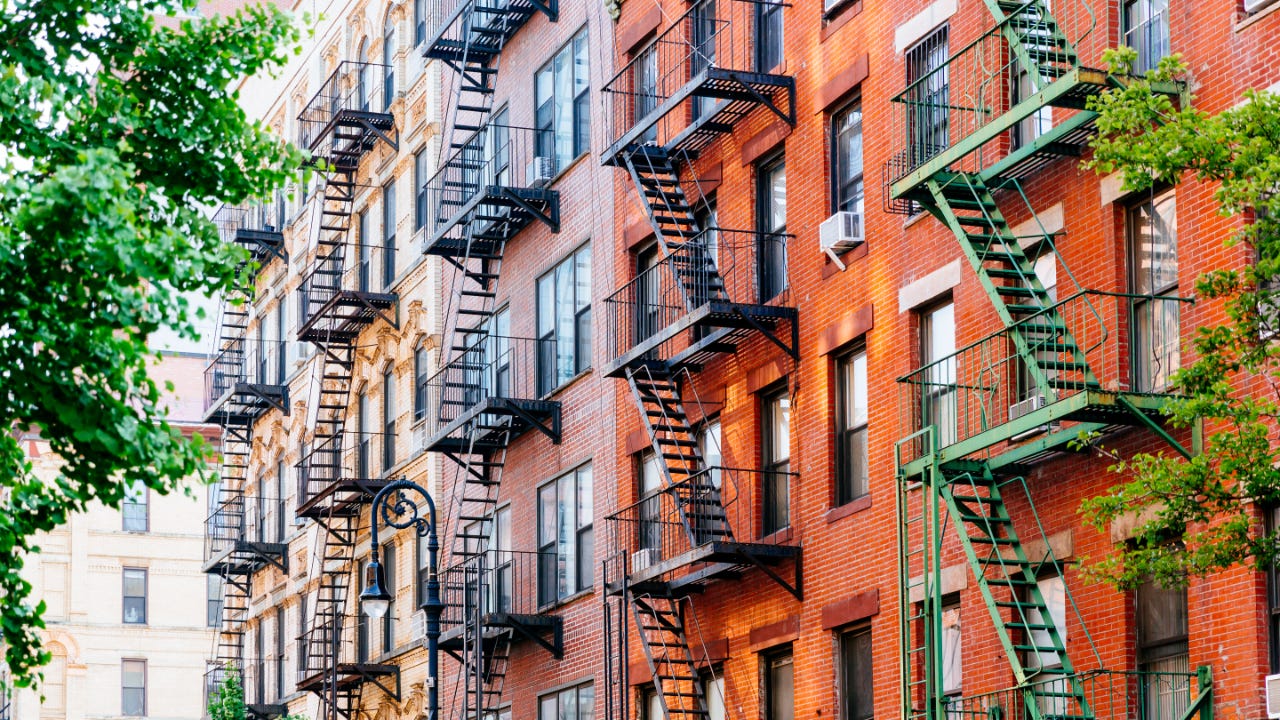 As Democrats take control of both houses of Congress and 1600 Pennsylvania Avenue, big housing policy changes may be coming down the pipeline. People who rent their homes, much more so than those with mortgages, are among those who are likely to benefit.

One of President Biden’s first actions was to direct the Centers for Disease Control and Prevention to extend the national eviction moratorium through the end of March.

With the coronavirus pandemic still keeping many workers off the payrolls, housing advocates say the nation could be on the verge of an increasingly large homelessness crisis if the federal government doesn’t act.

Proposals to address the issue include an immediate extension of the eviction moratorium for those affected by the pandemic, and longer-term policy changes meant to empower renters and keep their housing situations stable.

Here’s a look at what the new administration could mean for renters.

Congress approved eviction protection for renters affected by the COVID-19 pandemic in the spring and extended that protection through the end of January in the most recent coronavirus relief package. After taking office, Biden requested another extension of those protections.

Ava Farkas, executive director of the Metropolitan Council on Housing, a tenants advocacy group in New York, said that she’s hopeful that an eviction moratorium extension will include extra protections for renters as well, though Biden has not made any policy proposals along those lines so far.

“It needs to be a stronger moratorium,” she said. “We think that leaders in Washington should really look to New York state as an example. The eviction moratorium that was passed in New York state is really strong.”

New York’s latest policy includes provisions that require landlords to notify their tenants about the protections available to them before eviction proceedings begin.

Elsewhere in the country, Farkas said, landlords do not have that obligation, so it falls to tenants to be aware of their rights. As a result, some protected renters in other states have been evicted anyway, often because they didn’t know about the legal protections they had.

His proposal included $25 billion in rental assistance for low- and moderate-income renters who have lost jobs during the economic downturn. These funds, if approved, will be coupled with an additional $5 billion in aid to help families who are behind on their water and power bills.

Securing an affordable place to live has long been an issue for low-income Americans. With limited vacancies in public housing projects, high demand for subsidized vouchers under the Housing Choice Vouchers program, also known as Section 8, and a patchwork of local initiatives, many people on the financial fringes get pushed out of their homes.

“The new administration has made it a priority to increase access to affordable housing for low-income families, particularly during the pandemic,” said Deborah Thrope, deputy director of the National Housing Law Project.

Thrope also told Bankrate that nonpayment of rent is a major reason for evictions, so expanding housing subsidies would go a long way to keep people in the homes they already have.

Biden’s campaign platform included a promise to expand the Section 8 program so that the vouchers would be available to all who qualify. Thrope said currently as few as 20 percent of eligible applicants actually receive the subsidies.

During his speech Thursday night, Biden also promised $5 billion in emergency assistance to help keep people out of homelessness. If approved, he estimated the funds would allow local governments to get up to 200,000 families into stable housing.

Farkas pointed out that since the 2008 financial crisis, more and more real estate has come under control of large management companies and private equity firms. She said she’s “cautiously optimistic” that the new administration will introduce policies that help bring real estate back into the hands of local residents.

“A silver lining of this crisis is that the issues that renters face have gotten a lot more media coverage over the past year,” she said. “If we want to avoid a huge fallout after this pandemic, the federal government is going to have to step up to help keep renters in their homes.”

Farkas noted that there’s already a proposal in Congress to cancel back rent for many who fell behind during the pandemic, which would help prevent more tenants from being evicted and would make it harder for large companies to scoop up more real estate after the pandemic subsides.

Biden has also promised a $100 billion affordable housing fund, and a $10 billion expansion of the community development block grant program.

The incoming Biden administration has made big promises when it comes to affordable housing. Advocates recognize that these plans could take time and considerable political muscle to implement, but are hopeful that they will come to fruition.

“There are definitely progressives that are echoing demands that housing advocates have across the country,” Farkas said. “It often takes a backseat to other issues, but it’s really critical now along with protecting small businesses and getting people back to work.”

She sees community-based affordable housing as one of the keys to a post-coronavirus recovery.

“If there’s going to be intervention from the government, we want it to be in the direction of greater community control,” she said.