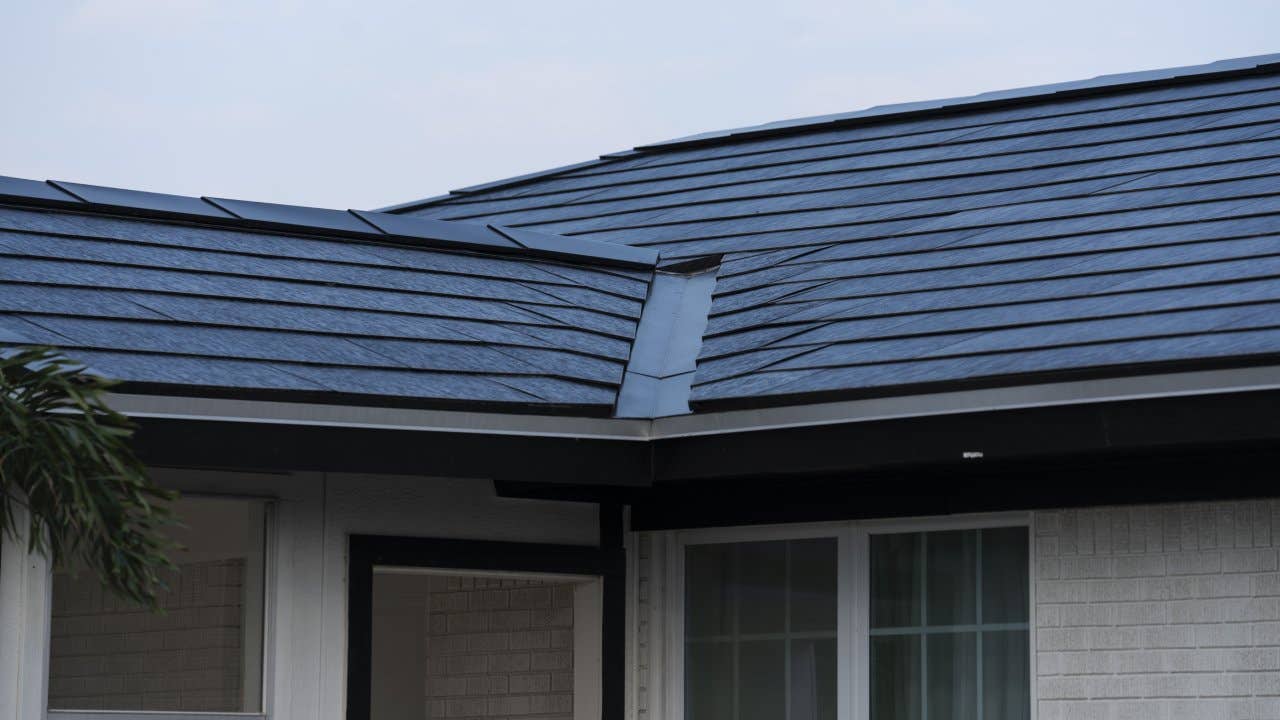 Any homeowner who’s concerned about carbon footprints and energy costs has considered solar power — usually, in the shape of solar panels. But now there’s another option: an entire solar roof.

Solar roofs are composed of solar shingles, aka solar tiles, that can fit over existing shingles or be installed on their own. So the energy-harvesting ability is baked into the roof itself. The shingles do everything regular shingles do, roof-wise (protect your house from the elements), are fire-resistant, and are quite durable. Plus, they look a lot more sleek and seamless than solar panels.

If you’re considering replacing your roof (or are building a new one for a new home), solar shingles may be a good choice. Let’s shed more light on the subject.


What are solar shingles?

Solar shingles or tiles are like regular roof shingles. But instead of being made of asphalt, clay or slate, they are made of glass that contain photovoltaic cells. Photovoltaic cells act as semiconductors and transfer energy collected from the sunlight into electrons, which can then become electrical current to power your home. Each shingle typically produces between 13 and 63 watts of energy, depending on the brand (one of the latest, by industry leader Tesla, claims to have a max power of 71 watts). While they both convert sunlight to energy, solar shingles are quite different from the solar panels (we’ll dig into the differences later).

The first solar shingles were developed by DOW Chemical Company, rolling out in 2011. But the concept began to get serious traction in 2016, when Tesla purchased manufacturer Solar City and began offering what it deemed the Tesla Solar Roof. Today, there are several brands of the solar roof tiles available through manufacturers like CertainTeed, GAF Energy, Luma, SunTegra and of course Tesla. (Dow dropped out of the game.)

The average size of a solar shingle or tile is about 12 inches wide by 86 inches long. It takes about 350 solar tiles for a standard-size roof. Tiles weigh about 13 pounds per square foot, so most roofs can handle them without additional reinforcement.


What do solar shingles cost?

Although the prices have been dropping of late, as more makers enter the market, solar roofs are expensive. On average, the cost to install solar roof shingles runs $21 to $25 per square foot or $1,100 to $2,600 per roofing square. So a total project could easily average $60,000 to $75,000 — at least. That’s considerably higher than the cost of a conventional roof (between $5,601 and $11,729, according to HomeAdvisor). Even expensive traditional materials like clay or slate ($800 to $1,800 per square) cost less than solar tile.

What solar roof tiles will cost you depends on several factors including:

What do you save in energy costs?

While expensive to install, a solar roof can save in the long run. Depending on the number of tiles on your roof, solar shingles can reduce energy costs by anywhere from 40 to 60 percent, according to the consumer education site SolarReviews. Additionally, you may be eligible for federal and state tax incentives.

Helping the immediate bite a bit: Eligible homeowners who install solar shingles will qualify for the 26% federal solar tax credit, which is 26 percent for roofs installed in 2022, and 22 percent for systems installed in 2023. Several states offer credits, rebates and other incentives as well.

Both solar shingles and solar panels can be a great option to take your home energy efficiency to the next level. But which is best for you? The advantages of each in a nutshell:

What are the advantages of a solar roof?

When compared to conventional roofs and solar panels, there are some advantages to investing in solar shingles.

What are the disadvantages of a solar roof?

Downsides of solar shingles relate to their being such a new technology.

The final word on solar shingles

Solar shingles are still pretty new, which means experienced installers and contractors may be limited in your area. And their exact lifespan and durability is still something of a question mark, of course: None have been around long enough to prove the current projections. Nor is there much sense, as yet, as to how they’d affect a house’s resale value (though eco-friendly features, in general, are getting popular with homebuyers).

Still, if you’re an environmentally-conscious homeowner in need of a full roof replacement or a roof for a new build, solar shingles are worth considering. With some states now requiring that newly built homes be solar power-equipped, and the federal tax credit in effect only until 2023, the time to go solar may be now.