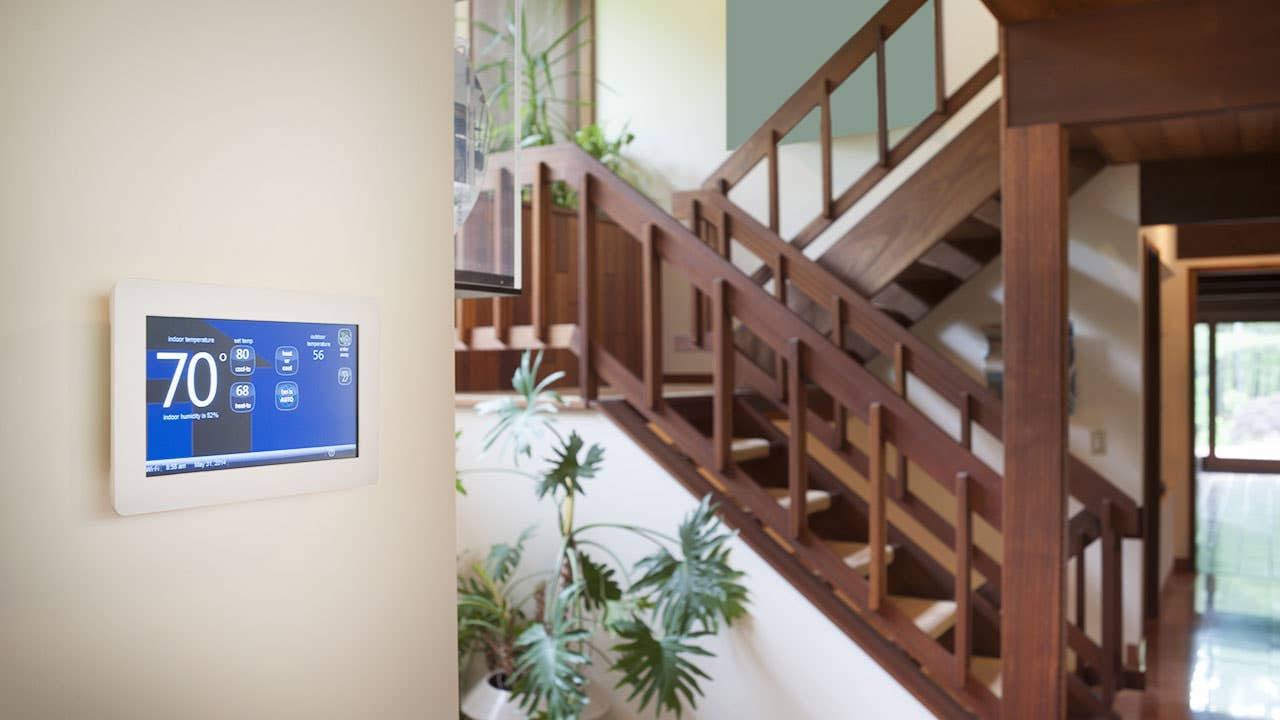 You walk into your house and the lights automatically dim, your favorite song begins to play and the air gets slightly cooler. Upstairs, your steam bath is already prepared and your blinds are closing.

This is not a far-off fantasy, but rather the high-end of high-tech homes — also known as smart homes. An all-inclusive system like this, where face recognition sets off a chain of events via embedded sensors and the internet to create the optimal home experience for each household dweller, can cost up to $300,000, says Emil Hartoonian, real estate agent at The Agency in Los Angeles. This type of hardware and internet connectivity is known as the internet of things, or IoT.

These futuristic bells and whistles are practically essential for today’s upscale real estate buyer. Along the way, smart-home technology has transformed the way people view their homes: instead of a static entity that’s manually operated, it’s a personalized, automated unit. Customized systems like this usually come with their own server, located in the house, and require professional installers to set it up.

“From the lighting to the sound, to the fireplace and window treatments — you can do all of this on your phone before you arrive,” Hartoonian says. “Once you get used to it, it’s hard to live without it. Buyers most certainly look for it in their next home.”

But millionaires aren’t the only ones benefiting from today’s tech.

Up your home’s IQ game on a smaller budget

The off-the-shelf version of customized smart-home technology is budget friendly and can typically be installed yourself. You can still do things like automate lights and the thermostat with plug-and-play devices that you can buy at Target, Home Depot or online.

Products like the Amazon Echo, Google Assistant and Siri are basically smart speakers that are controlled by virtual assistants. They only require a power source and a Wi-Fi connection.

They can do everything from answer questions and provide information (sports scores, traffic updates and the closest pizza delivery) to make calls, send and receive messages and play music. For less than $100, you can essentially go hands-free with tasks you would normally rely on your computer or cell phone for.

Devices like Nest offer comprehensive home-security solutions, which connect home cameras, keyless entries and carbon monoxide and smoke detectors to your smartphone interface. You can set up Nest to unlock your doors from anywhere in the world. Couple that ability with other features like outdoor cameras and this connected tech can solve real-life problems.

For example, imagine hiring a plumber to fix a leaky pipe. With technology like Nest, you can identify the plumber on your doorbell camera and let them in remotely — and then lock the door once they leave, all from your phone.

“We realized people wanted to protect their entire home, so we made a device that can monitor eight different things,” says Brett Jurgens, co-founder and CEO of Notion.

Notion offers solutions that can help curb major damage to your home. For instance, there’s a water-leak detection feature. By getting an early warning, a homeowner can react quickly and prevent a flooded basement or first-story ceiling disaster.

Smart, yes, but what about private?

The convenience of Siri reminding you about your coffee date or settling a debate about who won the Grammy for best album in 2009 are balanced with security and privacy issues, says David Mazières, a computer science professor at Stanford University.

He explains that most of the off-the-shelf solutions, like Google Assistant and Echo, mean going through the cloud, which puts users at risk of getting hacked. This can be especially dangerous if you have multiple devices hooked up to one system. If a hacker can gain access to that system, then they can ostensibly control your doors and cameras while collecting private information.

There’s also the risk of mining the data to sell or use it to sell you things. These companies might or might not have privacy policies and they might or might not abide by them, Mazières says, citing Facebook’s infamous problems with privacy over the past decade as one example of how companies can benefit from and even abuse your private data.

“These companies might reveal things about you that you don’t want revealed. I think a lot of people think they don’t have anything to hide and that works fine until something changes,” he says.

One way people can find out if their connected devices are sharing data is through spy apps, like the one created by Princeton University called IoT inspector. This is an open-source tool that analyzes network traffic to show users whether their Wi-Fi cameras, doorbells, thermostats or any other connected device are sharing information with a third party.

According to their blog, the IoT Inspector has revealed third-party sharing activity from companies like Chromecast, even when the devices were not actively being used. Chromecast was sending data to Google, while Geeni (a smart bulb) was constantly sharing data via cloud with their IoT platform provider China-based company TuYa Inc.

Mazières recommends that consumers weigh the risks and rewards of the technology they’re bringing into their home. For example, an outdoor camera is fairly innocuous as it basically just records street noise. However, indoor cameras and devices that are made to listen to everything that’s said inside your house (even when not in use) — including private conversations, could compromise your privacy with relatively little benefit.