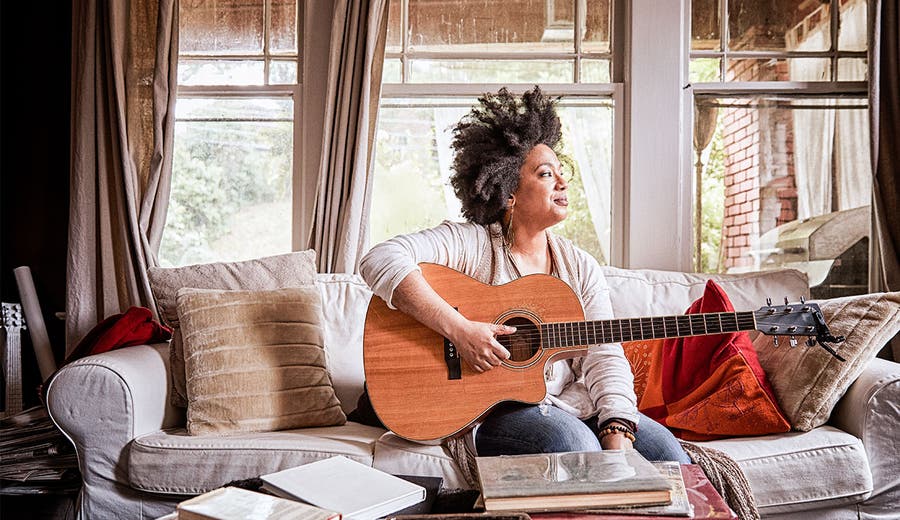 The composition of American households is evolving. In 2018, there are more single female homeowners than ever before in our history.

Patricia Ramos, a single 63-year-old medical clerk in St. Petersburg, Florida, bought her first home in March 2017. After getting divorced in 2009, she says she endured eight years of moving from place to place, renting or staying with friends, while she rebuilt her credit.

After having six different addresses, she decided it was time to become a homeowner. “I was just so tired of renting by that point,” Ramos says. “And I wanted something I could say was mine.”

Ramos is part of a growing population of single female baby boomers who are outpacing their counterparts in buying homes on their own.

In 2018, the National Association of Realtors Home Buyers and Sellers survey found that 18 percent, or one in five homebuyers in the U.S., were single females and just 7 percent were single males.

It’s a large segment of the population. According to U.S. Census data, about 28 million baby boomers are single women. One possible contributing factor in formation of these households is that the divorce rate among Americans ages 50+ has increased by 109 percent since 1990, according to the Pew Research Center.

Another factor could be women outliving males. In 2017, the average life expectancy for women was 81, four years longer than men.

The reasons why single females purchase homes are varied. Some are looking to build equity, while others are hoping to escape rising rents. Some might be downsizing or looking for a new start.

For Ramos, her home purchase was about obtaining a clean slate after a divorce that destroyed her credit.

Her ex-husband, she says, hadn’t removed her name from the mortgage, so when he stopped making payments, her credit took a massive downfall; that’s when she started working to rebuild her credit.

Ramos bought a condo in a 55-plus community for about $89,000. She wasn’t initially looking to live in a senior community, but found it was a great deal. For about $1,000 a month including maintenance, her housing costs are covered.

“I couldn’t be happier living here,” Ramos says. “It really has been amazing. And really, I’m proud of myself. It took a little bit to get here, but I did it.”

Single female baby boomers may be the majority of single female homeownership, but they aren’t the only ones. The NAR reports that 4 percent of single women who own homes are 37 and younger.

Amanda Starling, a 25-year-old software developer in Tampa, Florida, lives in her first house, which she purchased for around $142,000.

Starling acknowledges that being a homeowner at such a young age is a privilege not many of her peers may have. After college, she used money left over in her tuition fund, along with a first-time homebuyer program, to make the downpayment.

“I felt like I had reached a point where I was excelling professionally, and it was a big motivation for me to want to excel personally and try something different,” Starling says. “So buying a home just seemed like the next step for me.”

As women control more wealth than ever before, single female homeownership is expected to continue to rise. This is in keeping with the increase in women earning more and heading households. As a result, their relationships with money and their financial futures are changing as well.

Christina Morenza, a realtor in Miami, has sold properties to single females who share similar mindsets with Starling. She has noticed that compared with men, single women are more willing to settle down on their own and buy a home.

“[Men] are more likely to consider a purchase when they are with someone,” Morenza says. “Most single female buyers are independent woman that want to take control of their housing and financial futures.”

For singles looking to purchase a home but aren’t sure of how to afford a downpayment, home buyer assistance programs and grants might be able to help.

Don’t over-borrow. Buying a home on one income can be a challenge. Just because a lender says you can borrow up to a certain amount, that doesn’t mean you should go for the max. If you lose your current job, would you still be able to afford your mortgage if you found a lower-paying one or if you can’t find a job for many months?

Not sure how much home you can afford? Check out Bankrate’s home affordability calculator.

For single homeowners, this can be a challenge if there’s no one to help with the unexpected costs.

Starling, for example, keeps an emergency fund to help cover maintenance. So far, that has included a broken hot water heater. But she saves by mowing the lawn herself or asking her dad or boyfriend to lend a hand on simple repairs.

Seek a guarantor. If tarnished credit is keeping you from purchasing a home, having a guarantor might help. Unlike a co-signer, a guarantor doesn’t have property rights or ownership. Instead, a guarantor becomes the liable party, should you be unable to make your mortgage payments.