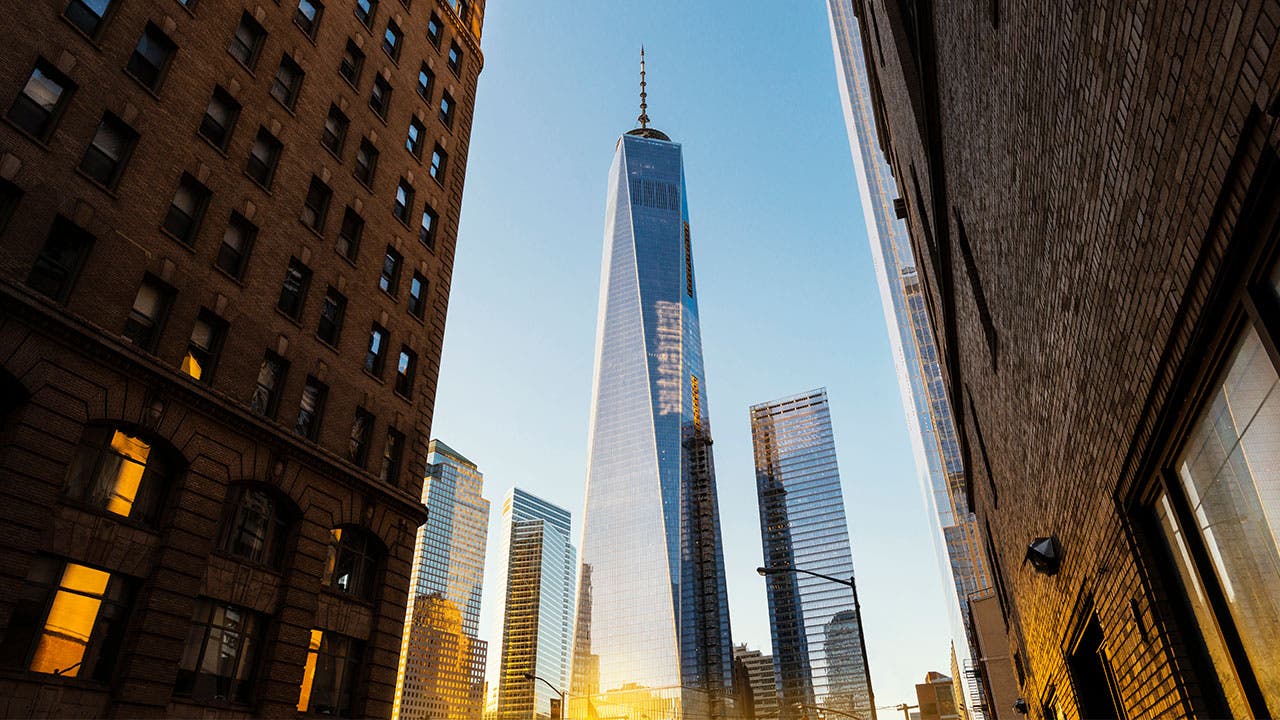 While some offices blend into the environment, others were quite literally made to stand out.

For the right price, you can work in some of the most recognizable buildings on the planet, from New York City’s Empire State Building to Hong Kong’s Bank of China Tower.

Here’s how much it costs to rent office space in iconic buildings around the U.S. and beyond.

The Empire State Building, one of New York City’s most iconic landmarks, has appeared in movies such as “King Kong” and “Sleepless in Seattle.”

Standing 1,454 feet tall from base to antenna, it was the world’s tallest building when it was completed in 1931. Today, it’s the 39th tallest structure on the planet.

If you opt to rent offices in the Empire State Building, you’ll be joining tenants like LinkedIn and the Federal Deposit Insurance Corporation (FDIC). 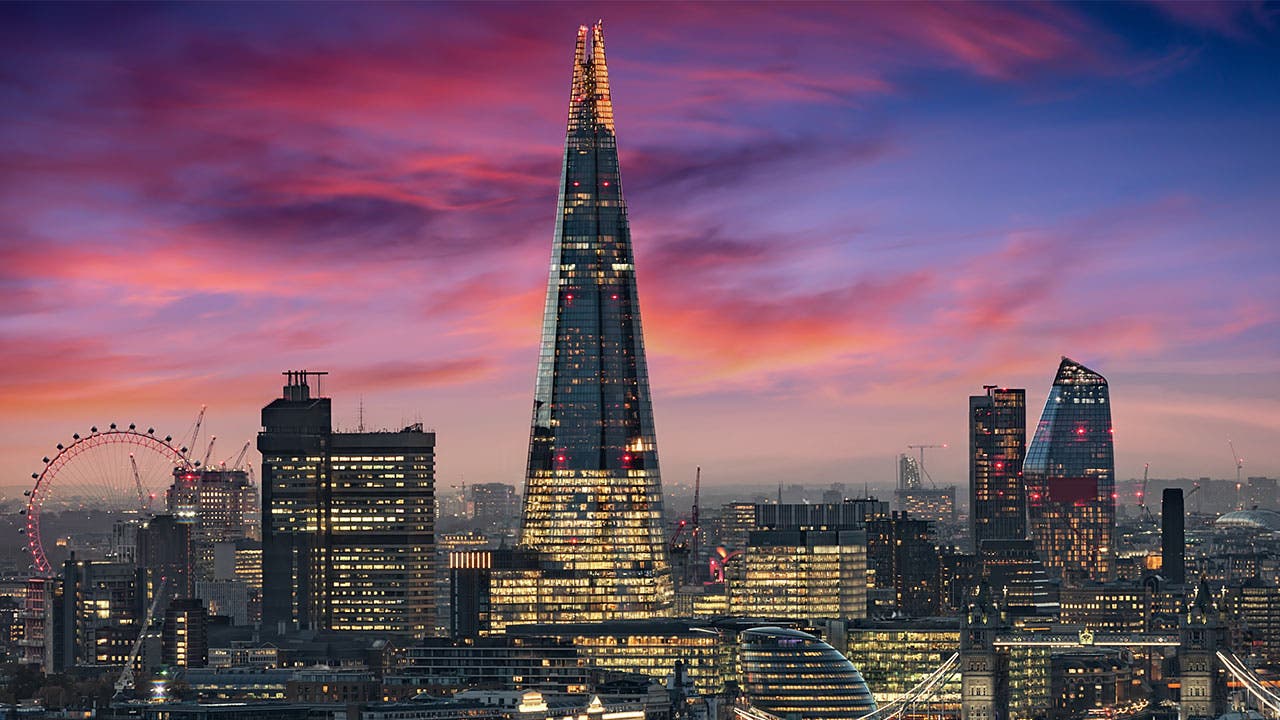 Rising to a height of 1,016 feet, London’s Shard, which was designed by Italian architect Renzo Piano, is one of the tallest buildings in Europe. The global consulting firm Protiviti and the Kraft Heinz Company are among the tenants that occupy its 72 habitable floors.

On the 24th and 25th floors, startups and small-to-medium enterprises can rent serviced offices, which boast amenities such as high-speed internet, meeting spaces, and a receptionist. Prices are calculated based on number of desks rather than square footage and range from £700 to £1200 ($916 to $1570) per month. 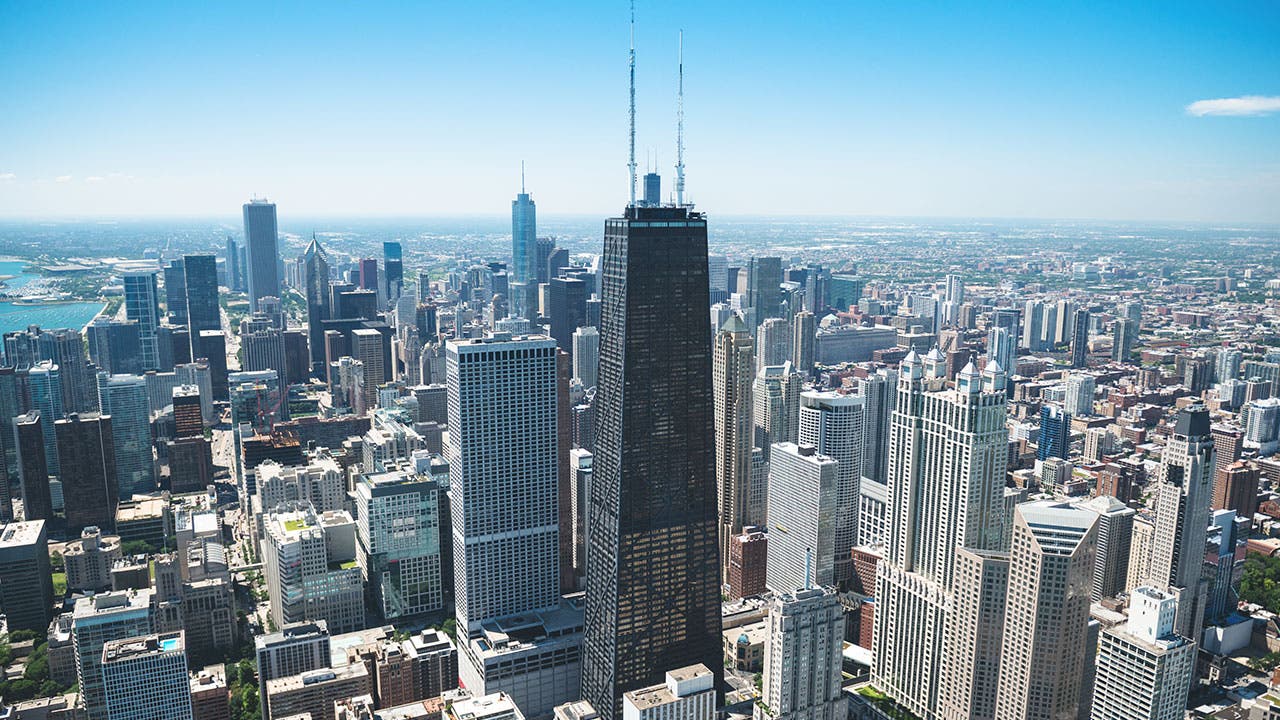 Chicago is famous for its architecture. While the Windy City is home to many iconic buildings, the John Hancock Center (now known by its address, 875 North Michigan Avenue) is among the most recognizable.

This 92-floor, mixed-use building was designed by Skidmore, Owings & Merrill and was completed in 1970. Some of its commercial tenants include Best Buy and North Face.

Available units are currently leasing at an annual rate of $21.50 to $27 per square foot. 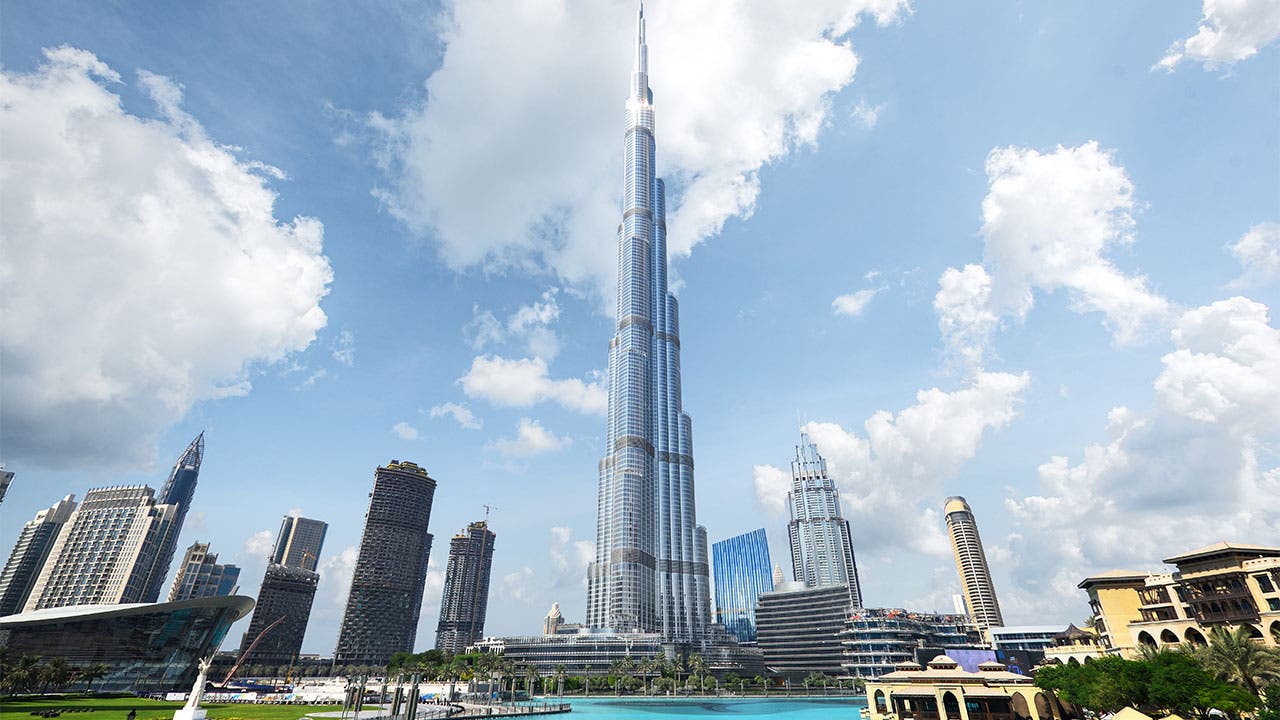 Spread out across its 163 floors, the Burj contains luxury apartments in addition to commercial real estate. It also holds multiple world records, such as tallest elevator in a building and highest restaurant from ground level. 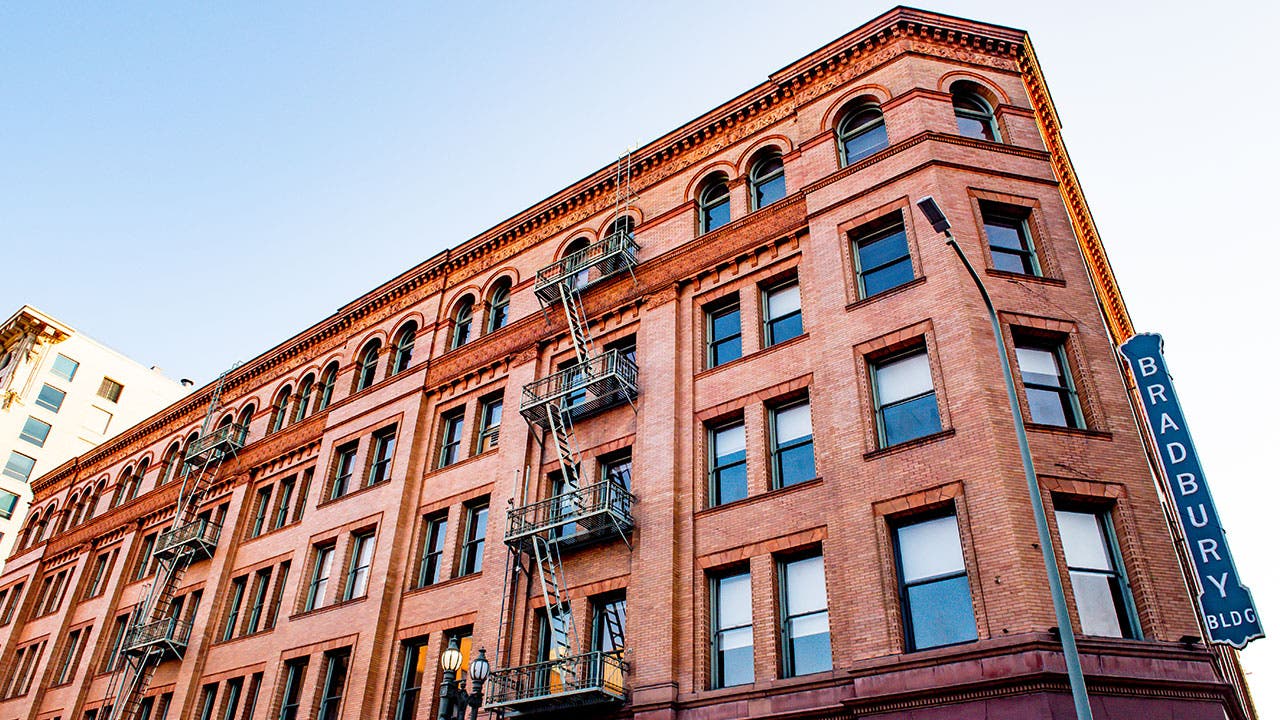 The Bradbury Building, which opened in 1893, is characterized by its Romanesque exterior and and its airy Victorian court. The building’s appearance in “Blade Runner” cemented its place as a Los Angeles icon.

Offices in the Bradbury cost an annual rate of $37.50 per square foot to rent.

Counting its observation deck and antenna, One World Trade Center — the tallest building in the U.S. — reaches a height of 1,776 feet to commemorate the year that the Declaration of Independence was signed.

Rental prices range from $69 to $80 per square foot per year. 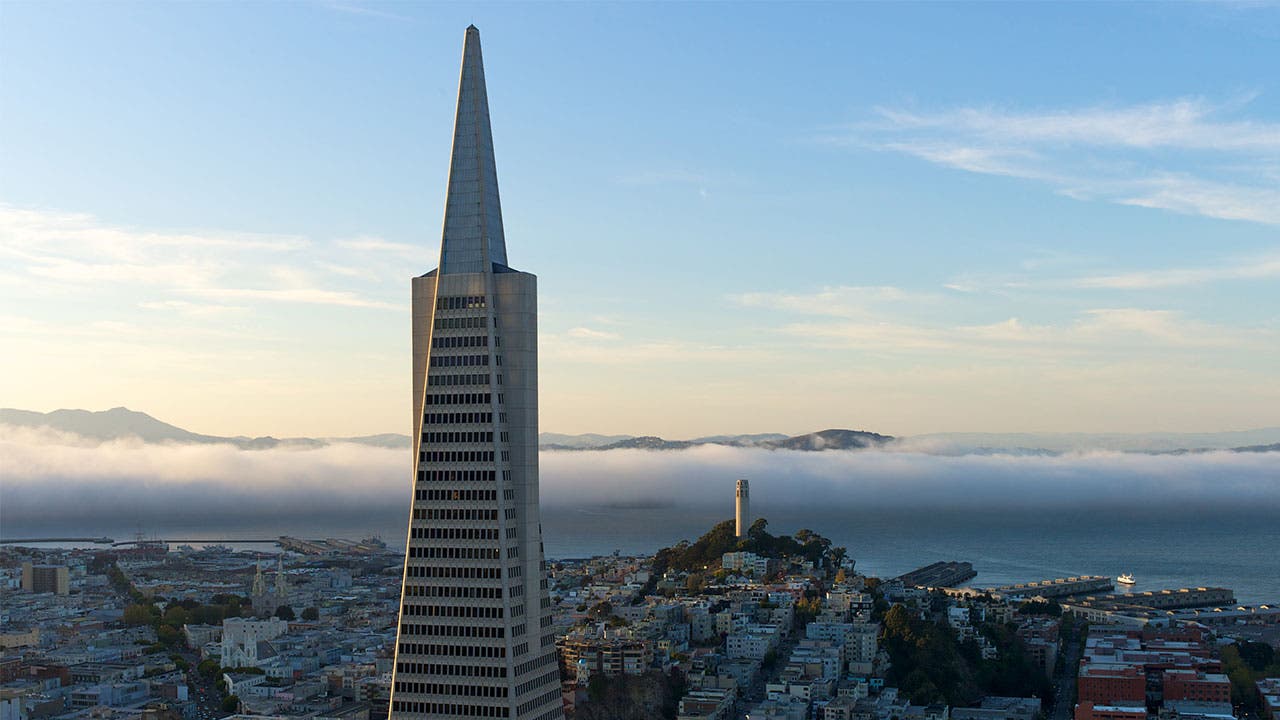 It’s not only its triangular shape that sets the Transamerica Pyramid apart from other buildings in San Francisco. The 853-foot triangular structure, which was designed to withstand earthquakes, gets its resplendent white hue from a coating of crushed quartz.

Prospective tenants can lease offices for $62.5 to $89 per square foot per year. 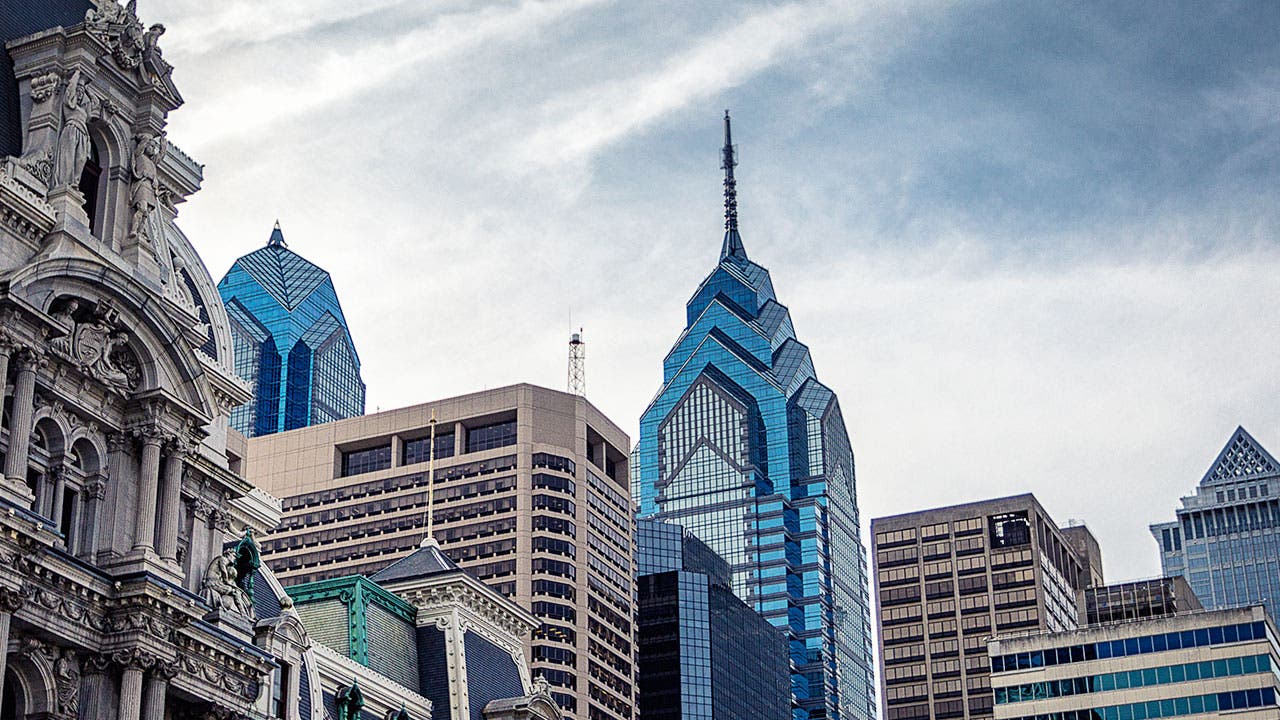 One Liberty Place, Philadelphia, Pennsylvania: $40 to $42 per square foot annually

When it was completed in 1987, One Liberty Place made Philadelphia history as the first building to surpass City Hall in height. Since then, the 945-foot skyscraper has defined Philly’s skyline. 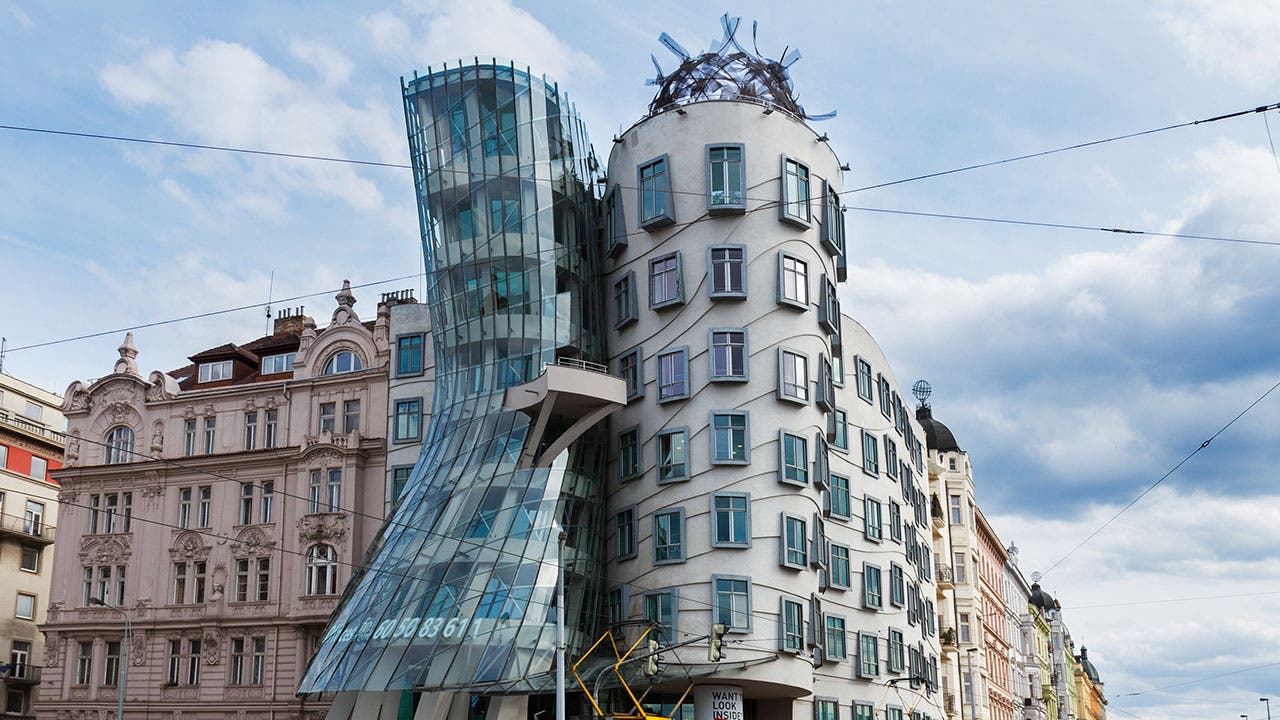 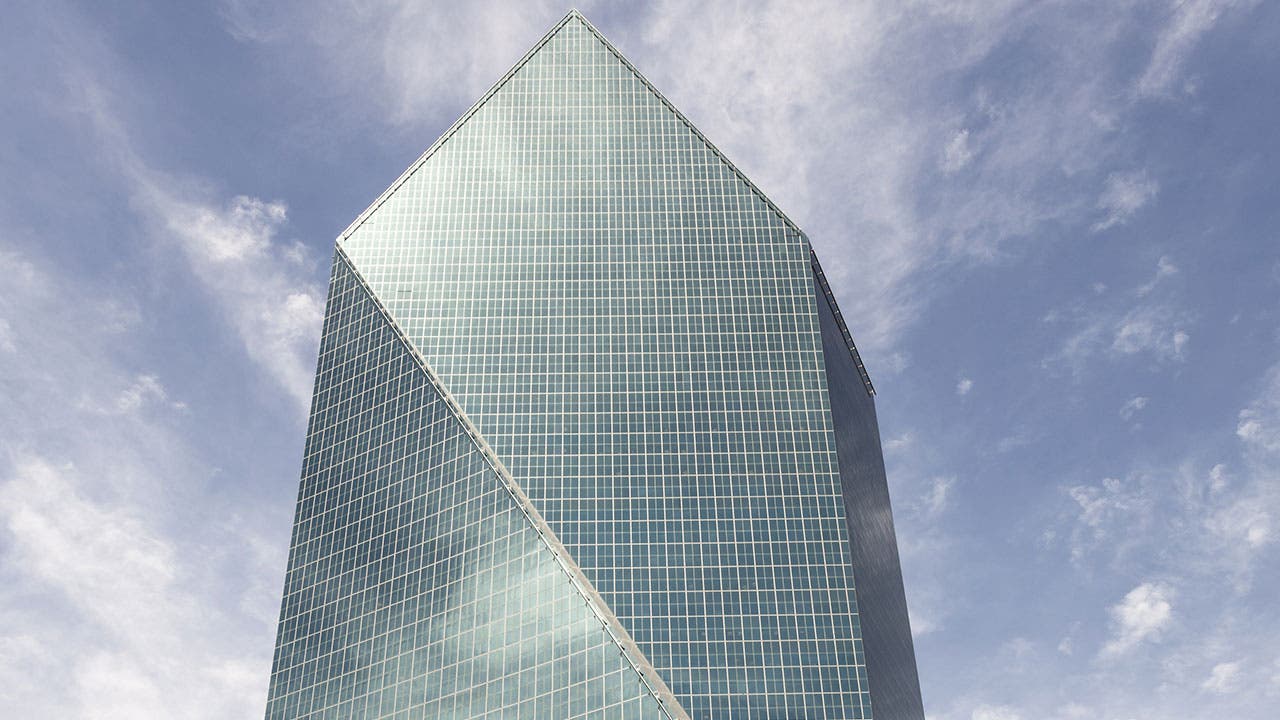 Spanning 1.2 million square feet, Dallas’ Fountain Place was designed by the architectural firm I.M. Pei & Partners. The sleek tower is juxtaposed by a playful array of bubbler fountains at its base. 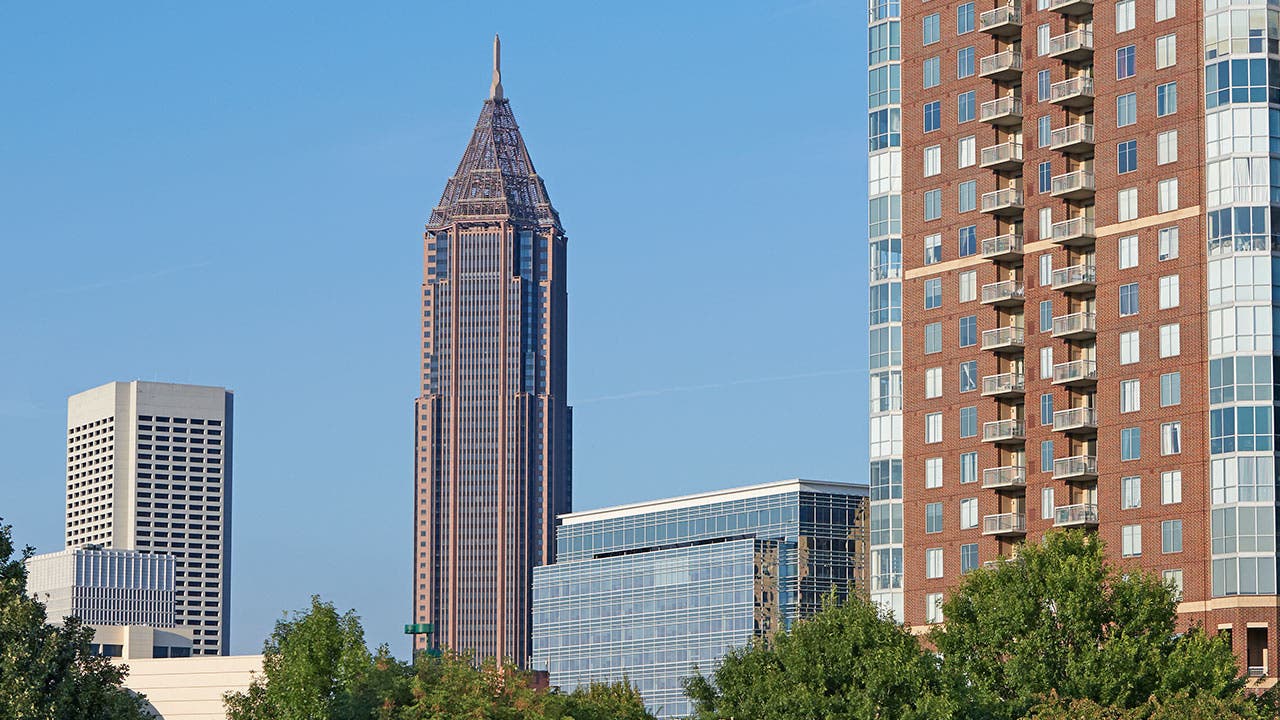 Atlanta’s 55-story Bank of America Plaza was designed by architectural firm Kevin Roche John Dinkeloo and Associates. It was built in 1992 and is notable for its column-less interior.

Depending which floor you’re on, you could pay between $35 and $40 per square foot per year to rent office space in this building. 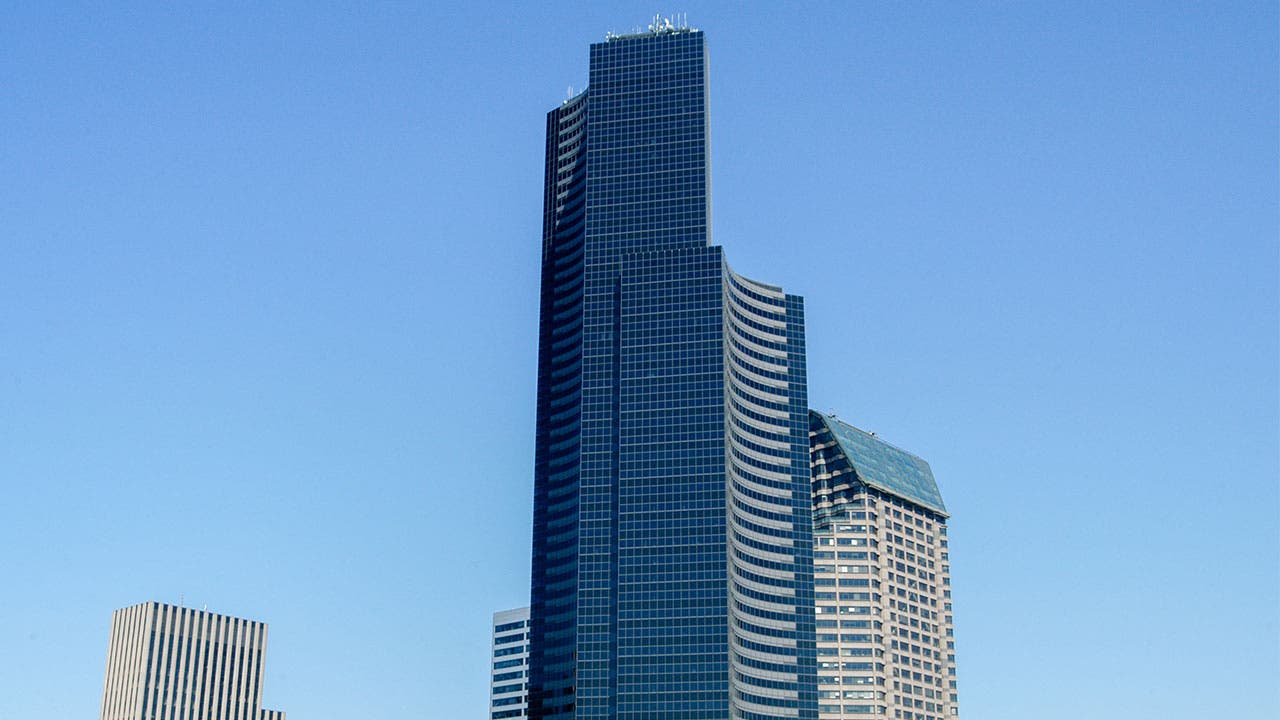 Seattle’s tallest building, Columbia Center, extends 976 feet in the air. Known for its Sky View observation deck, it also includes office space, which you can rent for $26 to $36 per square foot per year. 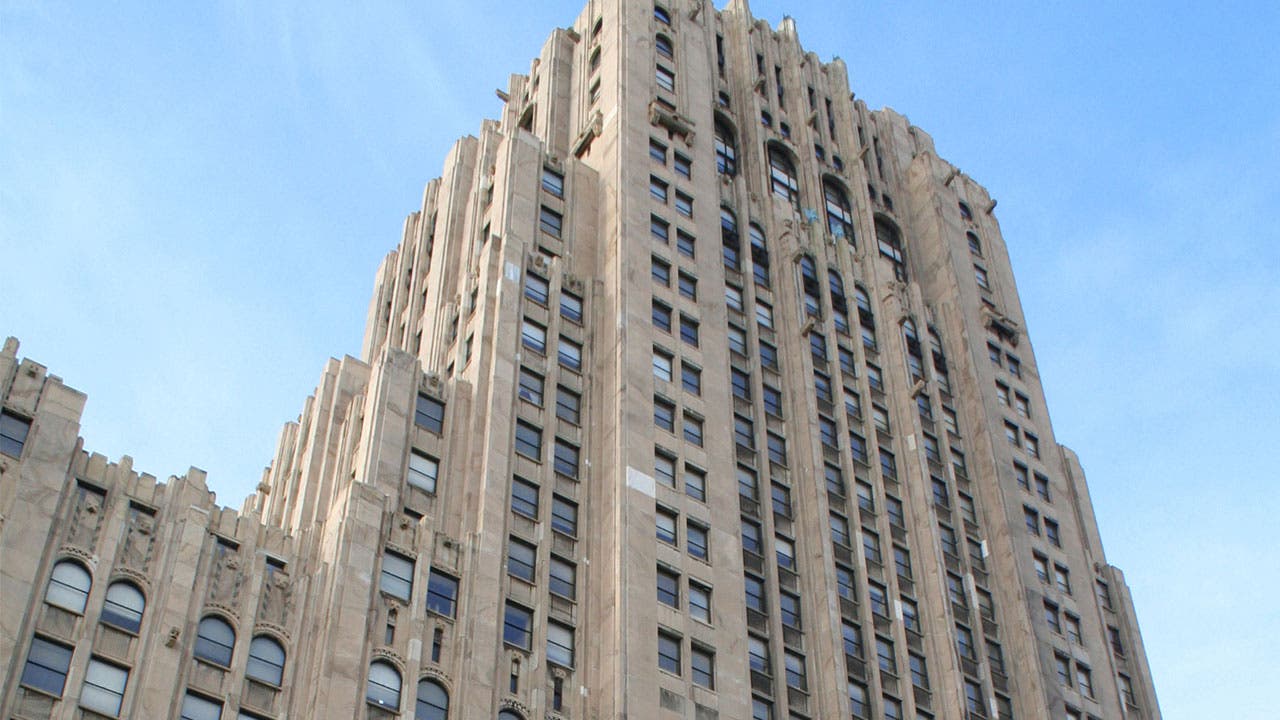 The Art Deco-style Fisher Building has been a Detroit icon since its inception in the 1920s. Known colloquially as “A Cathedral of Commerce” thanks to its ornate architecture, it was added to the National Register of Historic Places in 1989.

Offices are available to lease at a rate of $20 per square foot per year. 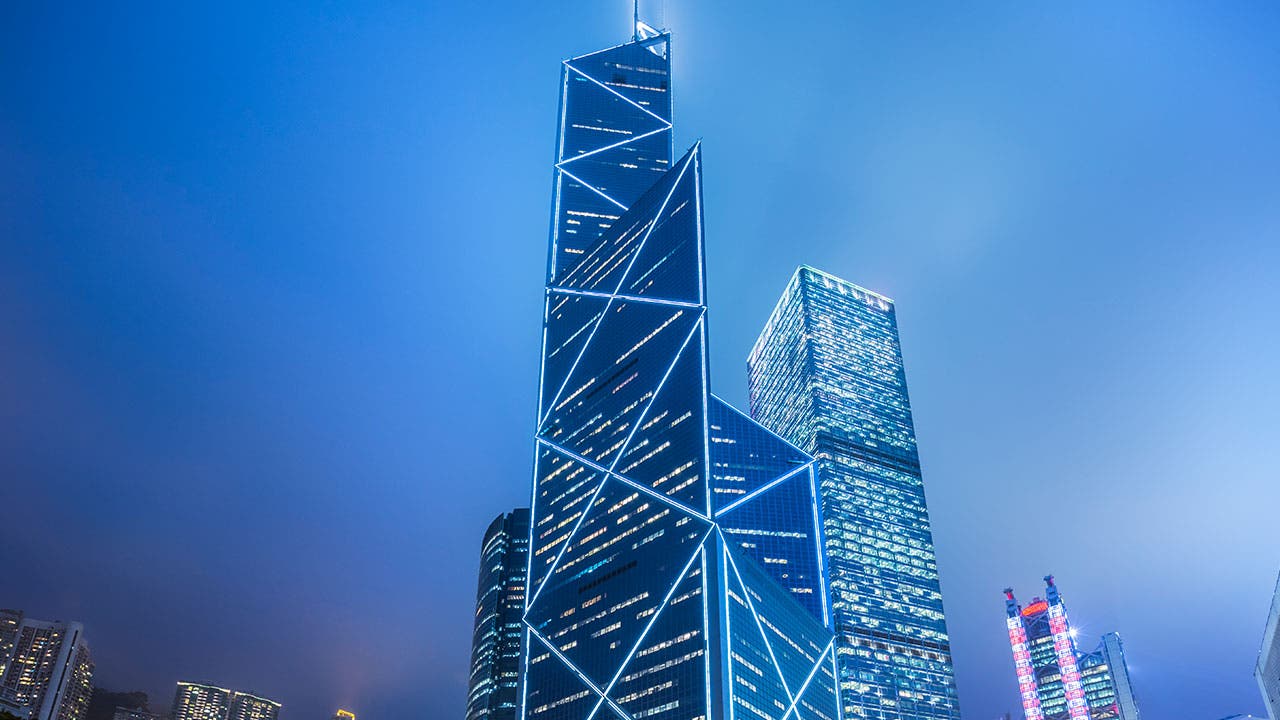 The Bank of China Tower, completed in 1989, was designed by I.M. Pei. The structure’s four triangular quadrants and tapered structure distinguish it from neighboring buildings. 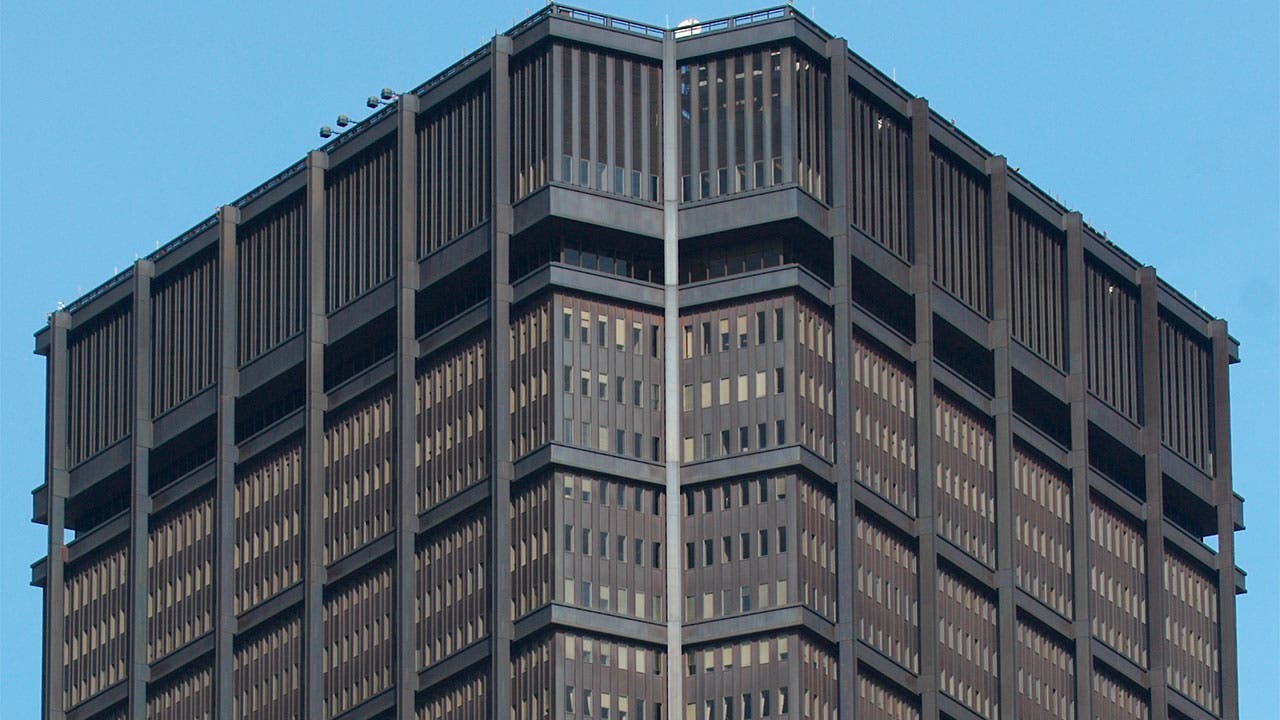 Pittsburgh’s tallest building, the U.S. Steel Tower, was completed in 1970. 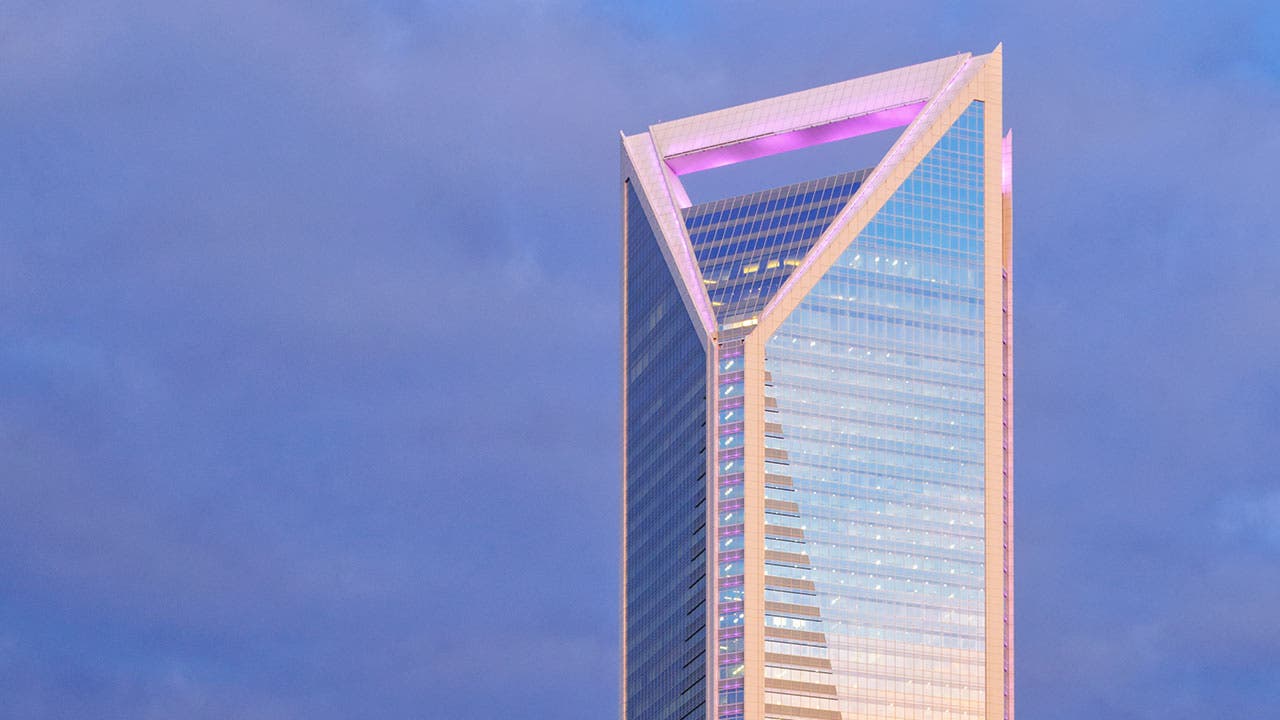 Comprised of concrete and steel, the Duke Energy Center in Charlotte stands 786 feet tall. The tower, completed in 2010, was designed with energy conservation in mind.

Equipped with daylight-harvesting blinds, the tower optimizes natural sunlight to reduce the need for artificial lighting. 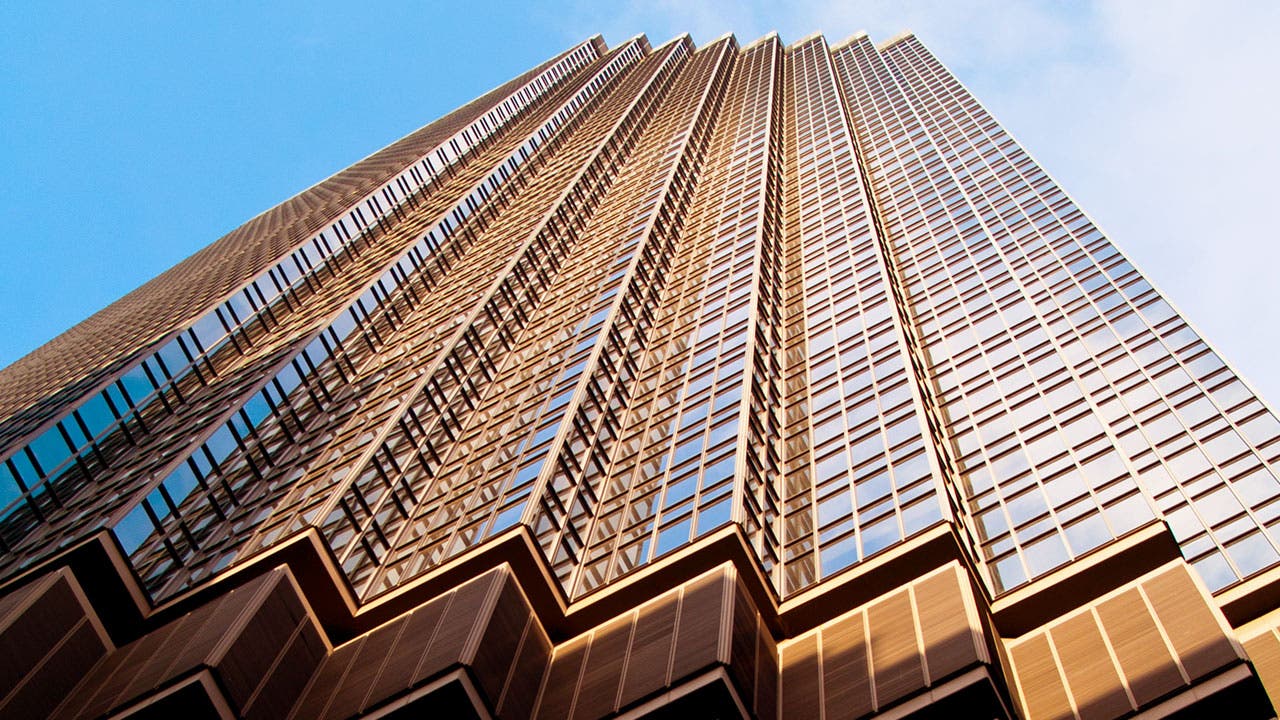 With a height of 910 feet, the IDS Center is the tallest building in Minneapolis. 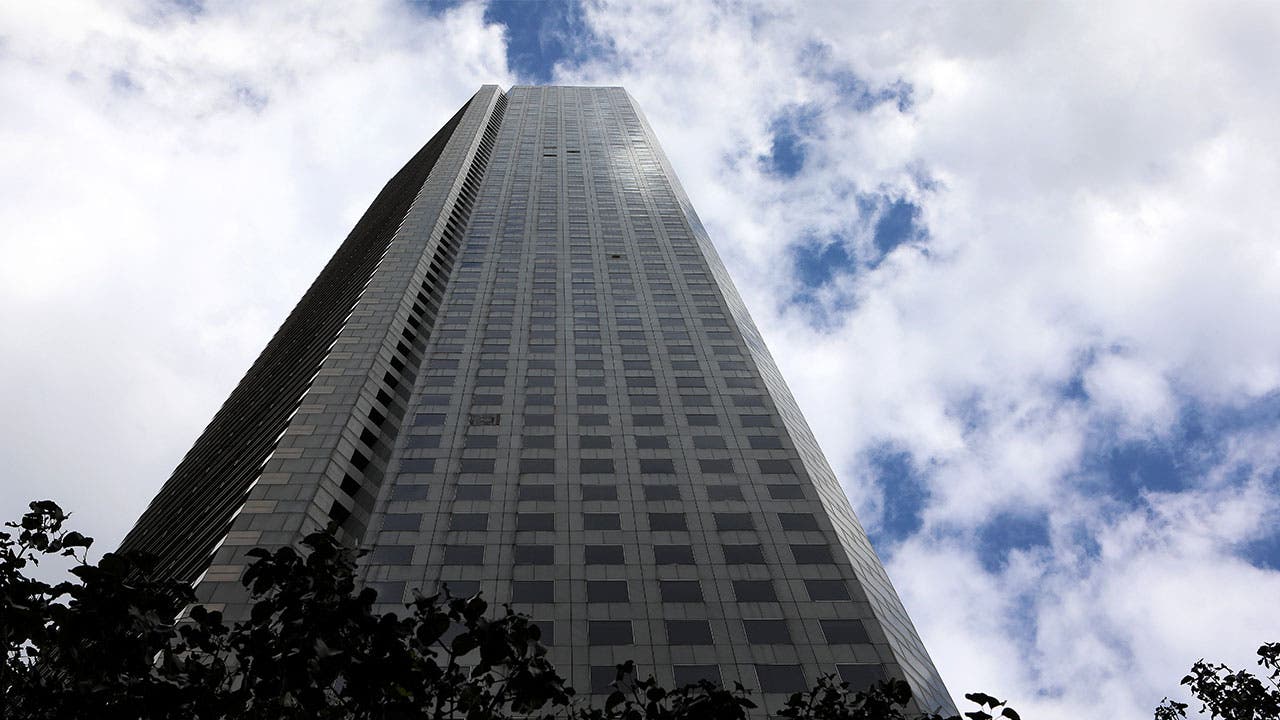 As the tallest building in Houston, the JPMorgan Chase Tower stretches to an impressive height of 1,002 feet. The 75-story, five-sided tower was completed in 1982. 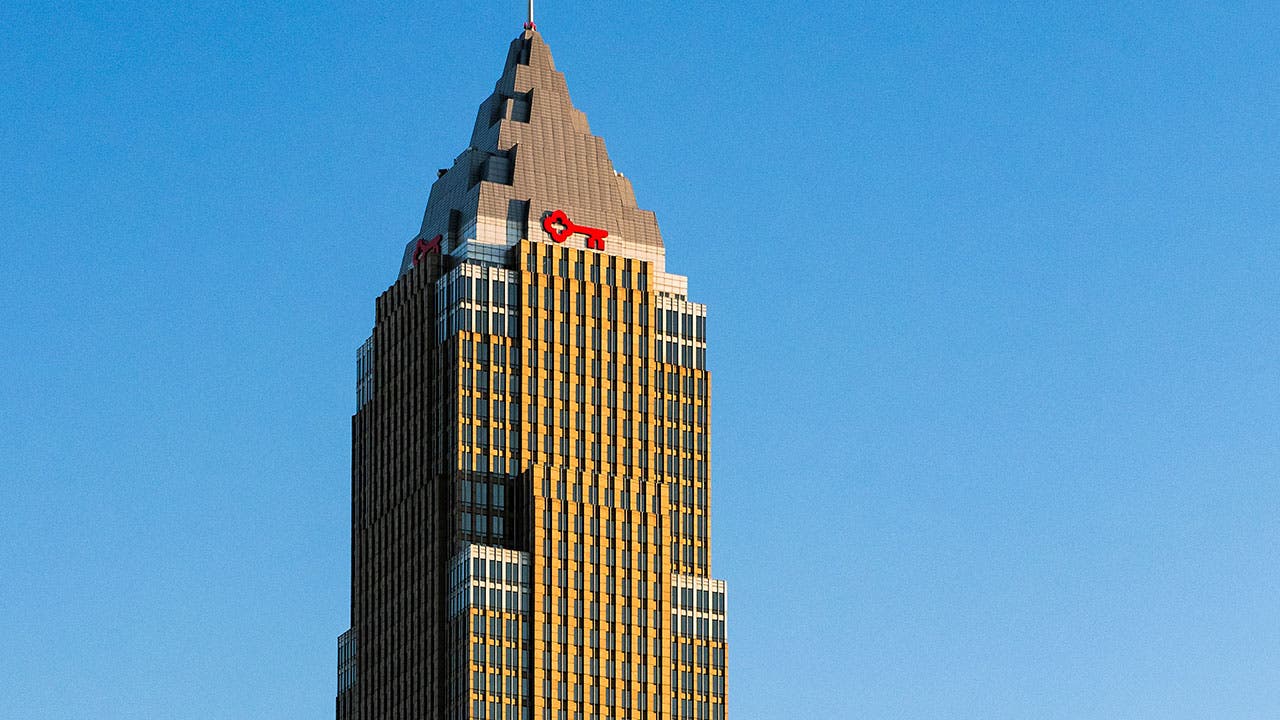 Reaching a height of 947 feet, Key Tower is the tallest building in Cleveland.

To rent office space in this building, you’ll pay between $4,958 to $64,807 per month, depending how much square footage you select.

Completed in 1988, One Metropolitan Square is the tallest building in St. Louis. Its neoclassical design incorporates copper roofing and a granite facade.

Available offices in this 593-foot building cost between $20 and $22 per square foot per year.