There has never been a better time to be a coffee enthusiast in the United States. Cafés are booming, and coffee consumption hit a two-decade high in 2022, according to the National Coffee Association.

Unfortunately, though, coffee is among the many essentials that have increased in price with the country’s current inflation issues, impacting the cost of living for java drinkers. Recent data from the Bureau of Labor Statistics shows that the price of coffee rose by more than 17 percent from August 2021 to August 2022 — which can make a dent in any caffeine-lover’s budget.

Data confirms a reinvigorated era of coffee culture. A report from Project Café 2023 shows that Americans are drinking more, coffee companies are earning more and coffee shops are nearly back to their pre-pandemic levels of business.

It should come as no surprise that the home of Starbucks’ corporate headquarters tops our list as the country’s number one coffee destination. Whether you’re making a pilgrimage to the mega-chain’s original store at historic Pike Place Market or scouting an underground latte art competition, Seattle is our nation’s coffee capitol.

As the birthplace of Folgers — James Folger began milling coffee and spices here way back in 1850 — San Francisco boasts another historic West Coast coffee scene. Of course San Fran was also home to the Beat generation’s café culture in the 1950s, and it still boasts an impressive concentration of coffeehouses today.

With more roasters per capita than any other U.S. city, Portland holds its own as a top coffee destination. And if you’re one of the many Americans who can’t imagine their morning commute without a drive-through coffee stop, you can thank Portland for the innovation: The world’s first drive-through coffeehouse was founded here in 1990.

The “city that never sleeps” is aptly named, with caffeine culture woven into NYC’s history. America’s first espresso machine was imported from Italy and installed here in the early 1900s, at Cafe Reggio in Greenwich Village. NYC is also home to the annual New York Coffee Festival. And for New Yorkers who like a sweet treat with their coffee fix, the city also takes the top slot for number of donut shops per capita.

For the budget-conscious, Waco comes in as one of the most affordable coffee cities on our list. Mexican-coffee enthusiasts will love the vibe at Lalo’s Coffee & Pastries, and HGTV junkies can drop into Chip and Joanna Gaines’s Magnolia Press, which the couple calls “the cute corner coffee shop we’ve always dreamed about.” For those seeking a cup steeped in history, an antique roaster made in 1898 seasons the beans at Brȗ Waco.

Berkeley, a Bay Area neighbor to San Francisco, is a true coffee town. Not only is it home to the popular Peet’s brand, which originally launched near the University of California at Berkeley campus in 1966, but it boasts an insane saturation of coffee shops per resident. According to a study by Apartment Guide, the city has 46.9 coffee shops for every 100,000 people — that works out to more than 5 java joints per square mile.

Number seven on our list is another inexpensive source of excellent coffee in Texas. Temple, located midway between Waco and Austin, offers retail outlets for fans of the cult-followed Dutch Bros, Black Rifle Coffee Company and Summer Moon. It makes an ideal stopping point for those looking to caffeinate while on the road.

Vancouver follows in the tradition of other coffee-loving Pacific Northwest cities, like Seattle and Portland. It has loads of options for serious coffee enthusiasts, including Kafiex Roasters Coffee Lab, which boasts a farm-to-cup ethos and specializes in organic and fair-trade beans. Other local favorites include Relevant, Presso and Compass.

Pittsburgh isn’t just Bankrate’s top city for first-time homebuyers — it’s also a great, affordable coffee city. Java lovers can find coffee from all over the world here, from expected coffee countries like Colombia and Italy and more unexpected ones too, like India and Vietnam.

While South Florida may bring to mind more beach culture than coffee culture, this city’s Cuban influence has made Miami’s coffee game unique — and strong. Coffee tourists can stop in any number of places to enjoy a cafecito and take in the local flavor. Panther and Eternity are two favorites in the area.

Our rankings for top coffee cities in America reflect a combination of factors: level of consumption, availability, affordability, coffee-related cultural events and the popularity of coffee culture overall. We also considered the number of coffee shops per capita and each city’s unique coffee history. 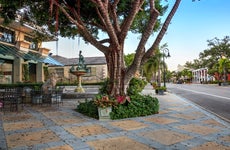 Safest cities to live in America 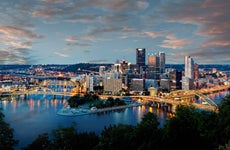 The best and worst places for first-time homebuyers 2022 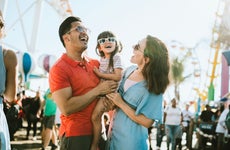 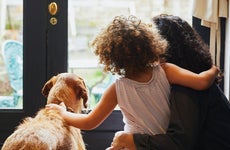 Where should I live?