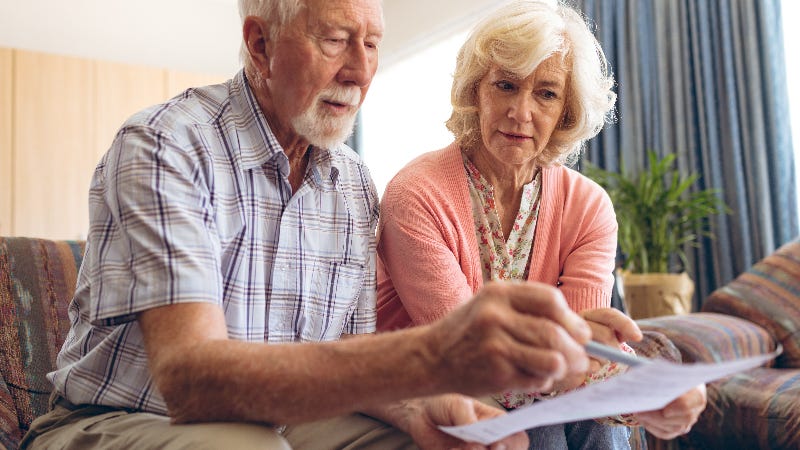 The Federal Reserve has taken interest rates all the way down to zero in its second emergency cut of March, as part of its massive effort to mitigate the impacts of the novel coronavirus on the U.S. economy.

“Yes, there will be economic disruption and an all-but-certain recession,” says McBride.

While the economy will get rougher from here, consumers have several avenues to take advantage of declining rates or at least minimize the effect on their personal finances, if they act fast.

Here’s the key strategy: Use the low rates to improve your own balance sheet and cash flow with some of these money moves.

With rates declining quickly, it could put further pressure on mortgage rates. And that could be a boon for those with a mortgage (and even those looking to buy a new home). A house refinance, if it makes sense, could be the single largest way to boost your finances.

Mortgage rates are already well below last year’s rates, and with millions of borrowers paying substantially higher rates, it’s an excellent time to take advantage of the low rates and put extra money in your pocket each month, saving tens of thousands or more over the life of your loan.

Bankrate’s rate table shows that refinancing rates were under 4 percent for 30-year mortgages and close to 3 percent for 15-year mortgages during March. A year ago, the average 30-year fixed-rate mortgage was 4.49 percent, according to Bankrate data.

So if it makes financial sense, use the drop in rates to improve your financial situation.

2. Get your CDs in order

But that’s not the case for CDs, at least not yet. While CD rates have declined following 2019’s series of Fed rate cuts and this year’s, you can still lock in higher rates for the next year or two or three, so you won’t be subject to declining rates then. But you’ll want to move swiftly, before rates catch up to the Fed’s actions.

Bankrate provides a look at dozens of banks so that you can select the top rate across the nation. With online banking there’s really no need for you to settle for less than the best rate, so you can take advantage of the top rates in the marketplace for whatever CD term you need.

While the stock market plummeting seven or eight percent in a day is no one’s idea of fun, it won’t always be like this. For now you might stick to a fund made up of high-quality bonds, which will feel less of the impact, if any, of the market’s downturn.

Bonds may be sufficient for now, but if you need growth in your portfolio and you have a decade or more until you reach retirement, you’ll likely need the compounding power of the stock market to get you there. So you’ll want to determine how and when you get back into the stock market.

Low interest rates are the way that the Fed spurs the economy into action. A Fed cut makes it cheaper for companies to invest in their operations, and it encourages investors to buy into the stock market. So low rates are good for stocks in general. But in the short term, investors may still be running scared as the shape of any downturn remains unclear.

“Markets will undoubtedly overshoot to the downside so it is more important than ever for investors to maintain their long-term perspective,” says McBride. “Markets will recover sooner, and much faster, than the overall economy and you cannot be sitting on the sidelines when that happens.”

One of the best ways to invest is to buy a broad-based index fund, such as the Standard & Poor’s 500 index, which includes hundreds of America’s top companies. But no one can determine when and where stocks will bottom.

Rather than try to call a bottom, one strategy is to wait for a sizable downturn, say 30 or 40 percent, and then begin investing regularly. You won’t buy when stocks are at their lowest, but you will get a discount from recent prices. More importantly if you set your investing to autopilot – buying regularly regardless of what happens in the market – you won’t talk yourself out of buying when everyone else is running for the hills. Stocks are cheapest when everyone’s afraid.

So while you can still think calmly and clearly, develop an investing plan and stick to it.

4. Pay down those credit cards

The more dangerous part of a near-zero interest rate environment for those running a balance on credit cards is what it says about the economy as a whole. These low rates indicate that the economy is moving slowly, and that policymakers are anticipating more unemployment.

Because of the weakening economic picture, it can make a lot of sense to pay down any outstanding credit card debt as soon as possible. You’ll give yourself the most freedom and increase your monthly cash flow, and then if you do need to dip into your credit cards for an emergency, you’ll have the extra capacity to do so.

5. But nothing beats cash in the bank

While it’s great and necessary to use low rates to optimize your personal finances, the next best thing is having your emergency cash in the bank ready for its intended use. With cash, you have the most options and complete freedom to use it as you need it. So make sure your cash is ready as the economy encounters a rough patch, and maybe even save more than usual to prepare for the unexpected. Here’s where to find the best rates for savings accounts.

Near-zero rates can be an opportunity for many consumers if they work to take advantage of what they present. Consider how you can use any Fed move to bolster your own bottom line, and get those lower interest rates to benefit you directly.