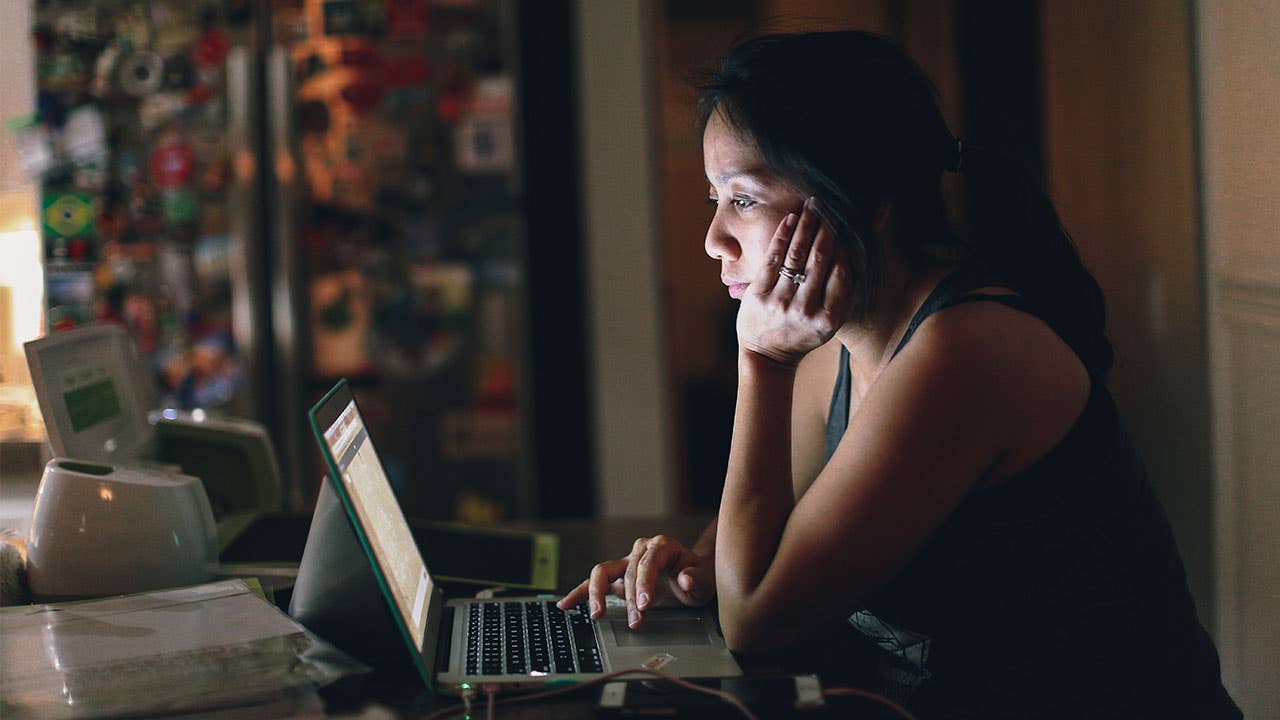 Nicole Ingram of Cary, North Carolina, is a single mother of four children, ages 12 to 19. To support her family, Ingram runs her own business as an interior designer.

Though she’s been successful, she deals with the effects of being a female business owner.

“When I head to vendors to purchase items wholesale, they’ll offer me a decorator discount instead of selling to me wholesale,” she says. “They think I’m over here doing decorating as a hobby, but I’m not. I’m an interior designer. I run a business. This isn’t a hobby.”

Not being taken seriously, thankfully, has never negatively affected the finances of Ingram’s business. But she says she’s seen other women’s businesses suffer. Although she’s seasoned in her industry, she still pushes to be her own biggest advocate and keeps a watchful eye on deceptive pricing or contracts.

As she puts it, being a woman can make getting work done much more difficult.

At the end of the day, she heads home and funnels most of her profits back into her household. With four mouths to feed, her oldest daughter’s Georgetown University tuition bill to pay and preparing for the rest of her children to head off to school, she says she constantly stresses over money.

Women’s relationships with money are changing

Women earn 80.5 cents on the dollar compared with their male counterparts. At current rates, it will take until 2059 for women to earn as much as men.

The wage gap has hefty consequences. Women struggle with retirement savings. They’re more likely to live in poverty than men, especially the elderly.

But the aspect that’s not often discussed? As the wage gap lowers women’s earning potential, women are simultaneously becoming more responsible for their household finances.

Recent research finds that women are increasingly becoming the breadwinners. Today, 42 percent of women with children under age 18 are the primary or majority source of income for their household.

A Pew Research survey also found that middle-aged Americans are balancing work, children and taking care of aging parents — becoming part of what is called the “sandwich generation.” Plus, the cost of motherhood is rising. The cost of child care has doubled since the early 1980s.

Women are juggling more financial and social responsibility than they have in the past, and it’s leading to increased pressure, stress and anxiety.

Suicide rates among women are increasing. Researchers haven’t identified a major cause, but speculate that the increasing stress of finances, children, marriage and elderly parents could be the culprits. It’s a daunting reality that can’t be ignored.

A recent Bankrate survey found that the majority of Americans losing sleep because of financial stress are women; they accounted for 57 percent of the cohort.

From 2008 to 2017, money was the top source of stress in the country, according to the American Psychological Association. Dr. Mary Gresham, Ph.D., acknowledges that financial stress in America doesn’t discriminate by gender.

But, she does agree that women experience that stress differently from men.

Gresham says that women tend to internalize their stress over money, which results in a manifestation of anxiety.

“Women will worry more, or not talk about it but think about it over and over, because they’re worried about upsetting the people around them,” Gresham says. “So they just keep it to themselves.”

Gresham notes that this anxiety ties back to the gender roles society presses onto them. Women are more communal and tend to prioritize giving back and taking care of those closest to them, whereas men often seek out advancements to their own status.

Ashley Bleckner, certified financial planner, agrees. She sees the difference in perspective bleed through to her clients’ financial management.

“Primarily, I’ve seen men view money as a measure of their power, while women associate finances as a means of saving for their family and their security,” writes Bleckner in an email to Bankrate. “Demonstrating their love in one more way, by sacrificing personal current consumption/spending, for shared future consumption/spending.”

Gresham adds that women tend to associate money with everyday tasks, which society has long expected them to be responsible for. Because of this, women tend to have difficulty planning for their financial futures, like retirement.

At this rate, the wage gap isn’t expected to disappear for another four decades. But with a change in perspective of women and money, the conversations surrounding the issue could be more productive — and women could potentially feel less overwhelmed.

“No one wants to talk about money, but they should,” Gresham says. “Especially women.”

Not sure where to start? Gresham says voicing anxieties and worries can help women alleviate their stress. She recommends women seek out other women to speak to, ones that they trust and can relate to.

From there, you can start the conversation small, and then build it to bigger topics, like salary, raises and retirement savings.

Ingram wants her children to “know their worth.” She has already began the conversation with one of her youngest daughters, teaching her to ask important questions like, “How much is my experience worth?”

“It’s never too early to start teaching them these things,” Ingram says. “The conversation should be happening as soon as possible.”