Is it worth it to spend more?

Whether you’re buying a refrigerator or a clothes dryer, shopping for home appliances can be overwhelming. Appliance tags spout features you’ve never heard of and aren’t sure you even need. Add in the choice of size, color, manufacturer, energy efficiency ratings, rebate availability and cost, and it’s enough to confuse anyone.

So which features should you splurge on, and where can you save?

“What it boils down to is for you to know your lifestyle, what’s valuable or important to you,” says Julie Wood, a spokeswoman for General Electric Appliances.

Some features that cost more are purely aesthetic, such as stainless steel exteriors. “Stainless steel is more of a premium appearance, and it really is all about style, it’s not about function,” Wood says. For a side-by-side refrigerator, for example, you’ll pay around $200 more for the same model in stainless steel, versus black or white.

The same goes for premium colors. Is it worth spending extra to get the clothes dryer in red? “Unless you’re entertaining in your laundry room, who cares about the paint color?” says Alan Lavine, vice president of Percy’s appliance store in Worcester, Mass.

When it comes to functionality, though, saving or splurging can make a big difference. Here are tips for shopping for five of the most popular home appliances. 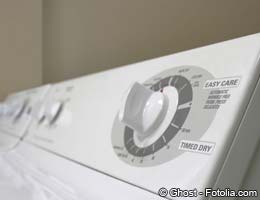 The process of drying clothes hasn’t changed much since the dryer was invented in the early 1900s. The machine heats up air and blows it through the drum, raising the water temperature in the clothes and removing it (as steam) through a vent. Dryers now come with a wide array of settings, cycles and touchpads, and some offer more features than you really need.

When to save: If you’re looking for a basic dryer, stick with knobs instead of electronic features, says Lavine. They serve the same function, but you’ll pay 10 percent to 15 percent more for the electronic touchpad, which tells you where you are in the drying cycle. You can still estimate that from the knob position.

When to splurge: Stabilization features can add 10 percent to the cost, says Lavine, but that means a quieter dryer. If you use the dry cleaner frequently, a steam feature might save you money in the long run. It reduces wrinkles, saving the hassle of ironing business shirts you might otherwise send out for professional laundering. Expect to pay an extra $50 to $100 for a steamer function, says Wood.

Shopping tip: Size matters in dryer tubs. If you do a lot of laundry, it’s probably worthwhile to get a larger-capacity dryer to reduce the number of loads, says Lavine. 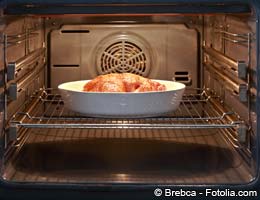 When shopping for an oven, you’ll need to decide if you want one or two cavities and whether you want it built-in or free-standing. You’ll pay extra for the built-in look, partly because you purchase the oven and cooktop separately.

When to save: Double-wall ovens are popular for frequent entertainers. It’s nice at holidays to cook a turkey in one oven and side dishes in another. But if that bird only trots out on Thanksgiving, save some money and stick with a freestanding range, with burners on top and an oven below. Some ranges offer two smaller ovens instead of one large one. While more costly than single-cavity ranges, they are often less expensive than built-in units, says David VanderWaal, LG Electronics Director of Brand Marketing, Home Appliances.

When to splurge: If you have an electric range and hate the length of time it takes for the coils to heat and cool, choose an induction range. It’s 20 percent to 30 percent more, but the food cooks faster. But be careful. “It does require certain cookware,” says VanderWaal. Induction relies on magnetic energy transfer, so pots and pans have to be flat-bottomed and made of cast iron or stainless steel.

Shopping tip: General Electric estimates that 80 percent of all cooking happens on the range versus the oven. “You’ll see a lot of features there because that’s where people spend more of their time,” says Wood. Look for a design you like that’s easy to clean. 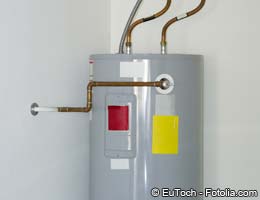 Water heaters are rarely a planned purchase. About 86 percent of consumers buy them because their current water heater is broken, says John Clark, a water-heater buyer for Sears. Before plunking down your credit card, do some research on this seemingly simple appliance because it uses 17 percent of your home energy. It’s the second-highest home energy hog, behind the heating, ventilation and air-conditioning, or HVAC, system, according to Clark.

When to save: Most people replace their heaters with a style similar to what they had before. But if the kids have moved out, you may be able to get by with a smaller-capacity (read: less-expensive) tank.

When to splurge: An Energy Star model will run $300 to $500 more, says Clark, but it will save energy costs over the long term. Plus, state rebates are usually available (check EnergyStar.gov), averaging $277, says Clark, and topping out at $1,000 in states such as Washington, Idaho, Oregon, Florida and Montana. If you have an electric water heater, look at new hybrid models with heat-pump technology. They move heat from the air into the water, making it more efficient. These models are the only electric water heaters qualifying for Energy Star ratings, says Clark.

Shopping tip: Before you go shopping, look for available rebates online. And know that professionally installing the water heater can cost as much or more than what you paid for the appliance. 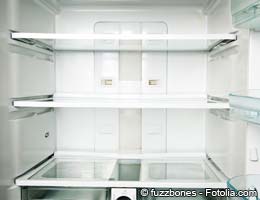 How much refrigerator storage do you actually need? A family of six will want something different than a pair of empty nesters who mostly dine out. Think about what you will store in it. A French-door refrigerator and top freezer can hold wide trays and pizza boxes, but a side-by-side cannot.

When to save: If your main concern is just keeping things cold, stick with a side-by-side or top-freezer unit. “French-door refrigerators right now are considered the premium of the refrigerator market,” says Wood. And that premium style costs more. Top freezers are the bread and butter of the industry, with many sizes, fewer bells and whistles, and lower prices overall. Side-by-side units still have upscale features, but they’re more economical than a French-door model.

When to splurge: If you’re renovating a kitchen, consider spending 10 percent to 15 percent more for a counterdepth refrigerator. What you lose in space (7 to 8 inches in depth), you’ll make up for in room flow and aesthetics (an appliance almost flush with the cabinets). “It’s more for someone who is design- or style-focused; it’s more of a high-end appearance,” says Wood.

Shopping tip: If kitchen space is tight, pay attention to a refrigerator’s measurement with the door open 90 degrees. Features such as adjustable and split shelves allow more customized storage options. 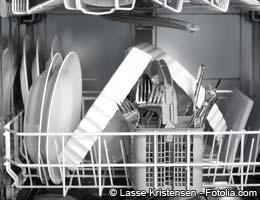 Every dishwasher has to meet a minimum performance level, says Wood. When you spend more, you’re paying for things such as energy efficiency, upgraded filtration, additional wash arms, rack styles and noise reduction.

When to save: Higher-end dishwashers are integrated, with no buttons on the front. Instead they’re hidden on the door top. This only affects function if you’re prone to leaning on the dishwasher and setting it off. If you’re more careful and don’t mind the looks of dishwasher buttons, you’ll save 20 percent by avoiding these models, according to Lavine.

When to splurge: You don’t want your dishwasher drowning out conversation or peaceful sleep. Splurge on a dishwasher with a stainless steel interior, which costs 10 percent to 15 percent more, says Lavine. Not only is it quieter than one with a plastic lining, it will be better sealed, smell better and won’t get cuts in the lining.

Shopping tip: Pay attention to the decibel rating — the lower the better, of course.