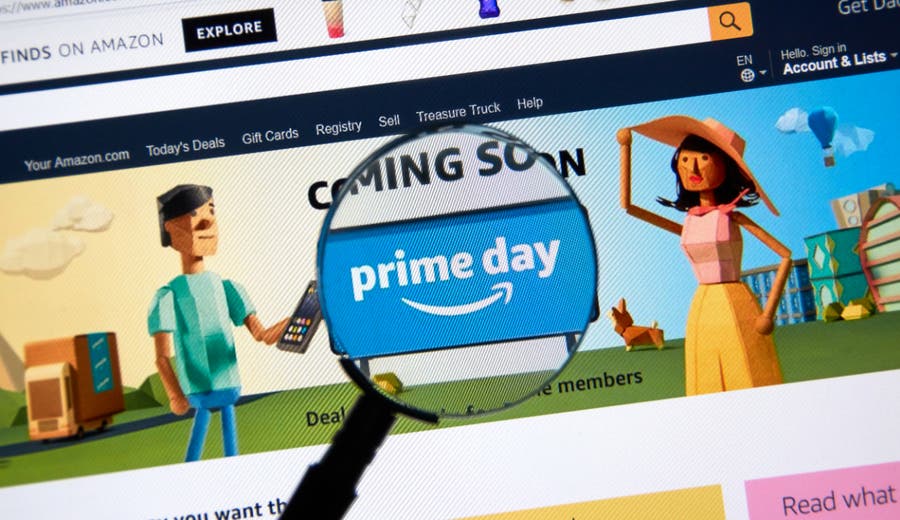 With summer officially in full swing, July is the month that we get ready to spend time doing our favorite outdoor activities, getting together with friends and enjoying quality chill time on our comfy couch – especially when stormy weather puts a damper on our beach or barbeque plans.

As the Fourth of July comes and goes, we might also be tempted to accessorize our homes with new electronics, grills and patio furniture to take our summer hosting to the next level.

If you’re a summer shopper, you’re in luck. The reason? This July all those items are at the lowest price they’ve been all year. That makes July a prime time to buy electronics, home furnishings and new clothes.

Here’s a handy list of July bargains to consider:

Have a bunch of items on your Amazon wishlist? July might just be the right month to snag those items, and more.

Kristin McGrath, editor and shopping expert at Offers.com, predicts that on Prime Day (a 48-hour online sale starting on July 15th) the best deals will be on Amazon’s own products.

Prime Day is the time for Amazon to push its devices into more homes, so expect the best deals you’ve seen all year. Amazon itself is promoting Prime Day 2019 as a “two-day parade of epic deals.”

Not an Amazon Prime member? Tiara Rea-Palmer, head of retail relations at CouponFollow, says that’s okay. There’s a way for bargain-hunters to get around that.

“If you’re not yet an Amazon Prime member, sign up for a free 30-day trial starting July 1 and cancel before the end of the month to take full advantage of Prime Day savings,” Rea-Palmer says.

Because Prime Day has become so popular that it is practically an official holiday shopping day, other retailers have jumped on the bandwagon to slash prices during the same week in July.

“Be sure to do a price comparison as other retailers will be jumping on board and offering promotions during this time,” says Sara Skirboll, RetailMeNot’s shopping and trends expert.

Motivated by Prime Day, retailers have rallied together to offer big deals around what’s become known as the Black Friday of July. During the week of July 15th, clothing stores will go big with their sales so customers can stock up on new digs for summer, back-to-school and fall.

“This year, we expect a number of major apparel retailers to throw exceptional Black Friday in July sales, including Macy’s, Urban Outfitters, Gap and Forever 21, McGrath says. “Look for discounts of up to 75 percent on summer clothing and accessories for men, women and children.”

And don’t forget about Fourth of July sales.

“As we found in our Fourth of July sales round-up, sales are strong in the clothing department, adds McGrath. “Designer labels, including Kate Spade, and department stores are throwing Independence Day sales.”

One big well-known July sale is the Nordstrom Anniversary Sale, which begins July 19.  Skirboll says shoppers can save on top brands. July is a great month, she says, to buy fitness apparel and gear, with deals averaging around 20 percent off.

Even though Amazon is known for its electronic deals on Prime Day, McGrath says there’s an opportunity to snag clothing discounts, too, especially on their in-house clothing brands (such as Goodthreads and Lark & Ro).

Whether you’re planning a trip later in the year or you’re looking to book a last-minute summer getaway, you’ll find some great travel deals worth booking in July.

Right before July 4, Rea-Palmer says that we’ll see big savings on hotels, airfare, cruises and other travel activities, which is why July might be the best time to book now for trips later on.

July is also the month to save big on car rentals, Skirboll says. Budget and Avis, among others, will be offering steep discounts for people planning to head out on a summer vacation.

Father’s Day is over and most people who wanted to upgrade their outdoor accoutrements or buy a grill did so on Memorial Day.

But grill master’s who didn’t buy at the unofficial kickoff to summer still have time.

McGrath recommends looking for home-improvement deals in July. If you’re looking to stock up on garden supplies, paint or tools, these sales are worth checking out, she says. However, she says prices on grills and patio furniture will be even lower over Labor Day weekend. But if you want that gear before the season ends, start looking in July.