The 5 most expensive NFL stadiums to attend 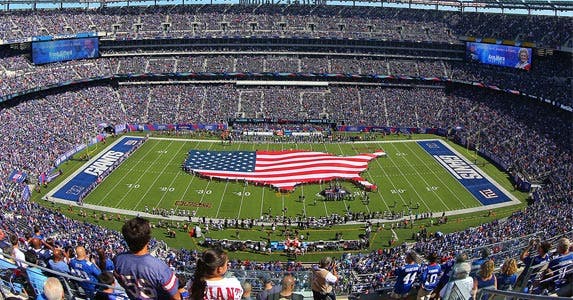 The NFL charges a hefty price to be in the stadium rooting for your team. This season’s average price for a non-premium seat was $85.83, according to Team Marketing Report.

The sports information publisher looks at how much it would cost, on average, for a family of 4 to attend an NFL game per team. Team Marketing Report uses a measurement called the Fan Cost Index, which takes into account 4 tickets at average price, 2 small beers, 4 small sodas, 4 hot dogs, parking, 2 programs and 2 adult caps.

See which 5 teams lead the pack when it comes to high prices. 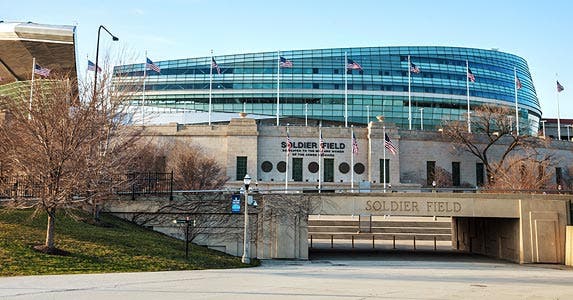 If Da Bears are your “Forte,” be ready to shell out some cash to be in the stadium on game day. The price for an average ticket is $108.44. And for those who take their vehicle to the stadium, the average parking spot costs $49. 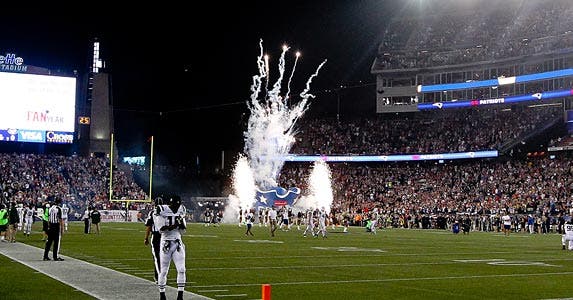 The Patriots’ success and popularity among fans have helped catapult them near the top in fan costs. The Pats’ price for an average ticket is $122, the 2nd most expensive in the league. But once you’re inside the stadium, you’ll find some items that are cheaper than the league average. A soft drink costs $4, and a hot dog is just $3.75. 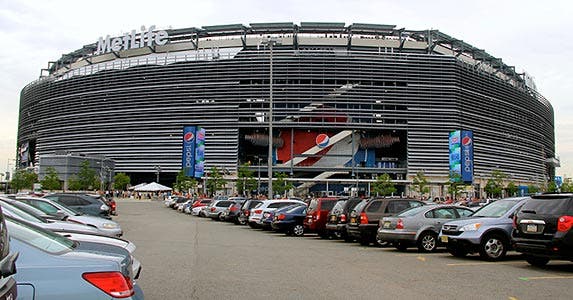 One of the oldest and most successful franchises in the NFL comes in 3rd in Team Marketing Report’s research.

The new MetLife Stadium opened in 2010 as a joint project between the Giants and the New York Jets and can host more than 82,500 fans. The $1.6 billion stadium actually is located in New Jersey.

The Giants have the highest-priced ticket in the league at $123.40, while the average premium ticket is listed at $509.17, 2nd highest in the league.

Despite the high ticket prices, buying a beer at a Giants game costs just $5, tied for the lowest in the league. A soft drink and hot dog are modestly priced at $3 and $6, respectively. 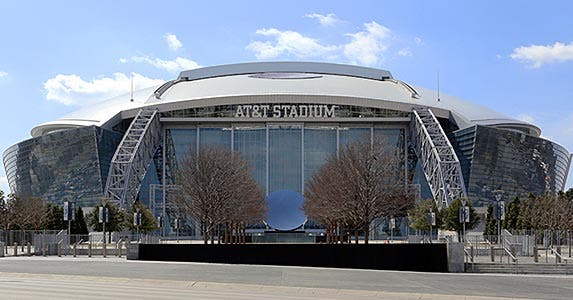 The Cowboys have won 5 Super Bowls, once sold out 160 consecutive games and are worth $4 billion. So it may come as a surprise that “Jerry World” doesn’t have the most expensive fan experience.

But it all may be worth it just to see that monstrous video screen hanging over the field. 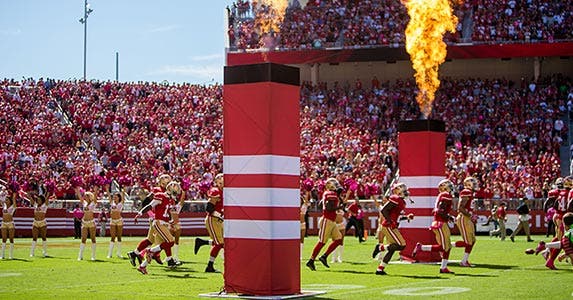 Record ticket prices are being reported for Super Bowl 50, and one contributing factor is that the host stadium is the most expensive in the NFL.

The Denver Broncos and Carolina Panthers will square off at Levi’s Stadium, home of the San Francisco 49ers.

The 49ers opened the stadium in Santa Clara, California, in 2014, and it costs a premium to see a game there.

The average regular ticket price is $117, the 3rd-highest price in the league. Beer costs a whopping $10, and a hot dog and soda each run above the league average.