Libor, despite its slow death, is still very much alive.

The scandal-plagued benchmark index for roughly $350 trillion in consumer and business loans will be phased out over the next few years. That means the London interbank offered rate (Libor), the rate at which banks extend short-term loans to each other, is very much relevant to thousands of consumers for the near future.

And like other loans — from mortgages to credit card balances — rates are ratcheting up in 2018 thanks to rising interest rates and measured, if not rapid, economic growth. The three-month Libor rate has basically doubled over the past year to 2.32 percent.

You are not yet finished with this anachronistic index.

To the extent that you’re aware that something called Libor exists, it’s probably because of a slow-developing scandal involving major European, North American and Asian banks that resulted in billions of dollars in fines and some traders convicted of rigging the Libor rate to redound to their bottom line. The scam first started in 2003.

Illegally manipulating interest rates is a big deal when those rates affect how much governments, businesses and consumers pay to borrow money. So, when a bunch of traders get together and artificially increase the rate for their own profit, that means you may pay more.

In an effort to replace Libor, which underwent new regulations in the aftermath of the scandal, the New York Federal Reserve introduced the Secured Overnight Financing Rate (SOFR) to eventually replace Libor.

But the transition to SOFR will take years because hundreds of trillions of loans are based on Libor.

When the rate jumps, take notice. About half of all adjustable-rate mortgages in the U.S. are tied to Libor.

The rate on a 5/1 ARM, a type of mortgage with a fixed interest rate for the first half decade and an adjustable one after that, has climbed from 3.54 percent last October to 4.06 percent today, according to Bankrate data.

Those with private student loans may have felt that crunch, too. Many private loans are based on the one-month or three-month Libor rate, according to FinAid.org.

Whether SOFR ends up replacing Libor on your loan contract, or some other entity gains market share or Libor hangs around for a while longer, you still need to be prepared for your costs to increase.

That may be a problem. Only 39 percent of Americans would pay for an unexpected emergency expense out of savings. Automate 5 to 10 percent of your paycheck to deposit into a savings account until you’ve secured at least three months’ worth of expenses.

Adjust other parts of your budget to account for an increase in your ARM so you don’t fall behind.

While interest rates are rising, they currently are low by historical standards. The rate on a 30-year fixed-rate mortgage is about two-thirds of what it was before the financial crisis.

Prospective homebuyers, then, should consider a standard fixed-rate loan to finance their new house before an ARM.

A recent study by investment firm Goldman Sachs found that 50 firms in the S&P 500 index with high exposure to adjustable-rate debt — greater than five percent of what they owe overall —  trailed the market by 3.2 percent over the first three months of the year.

In an already turbulent period, thanks to fears over inflation and trade wars, these stocks performed particularly bad.

While everyone likes greater economic growth, almost no one enjoys the corresponding increased interest rates. 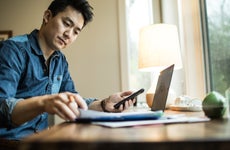 What is LIBOR, and how does it affect loans? 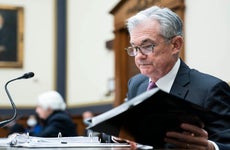 Fed begins ‘taper’ — here’s what that means for mortgage rates 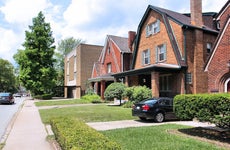 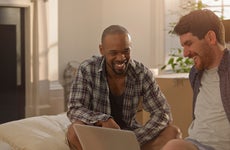 Mortgage rates are going up, but that doesn’t mean your mortgage rate is going up