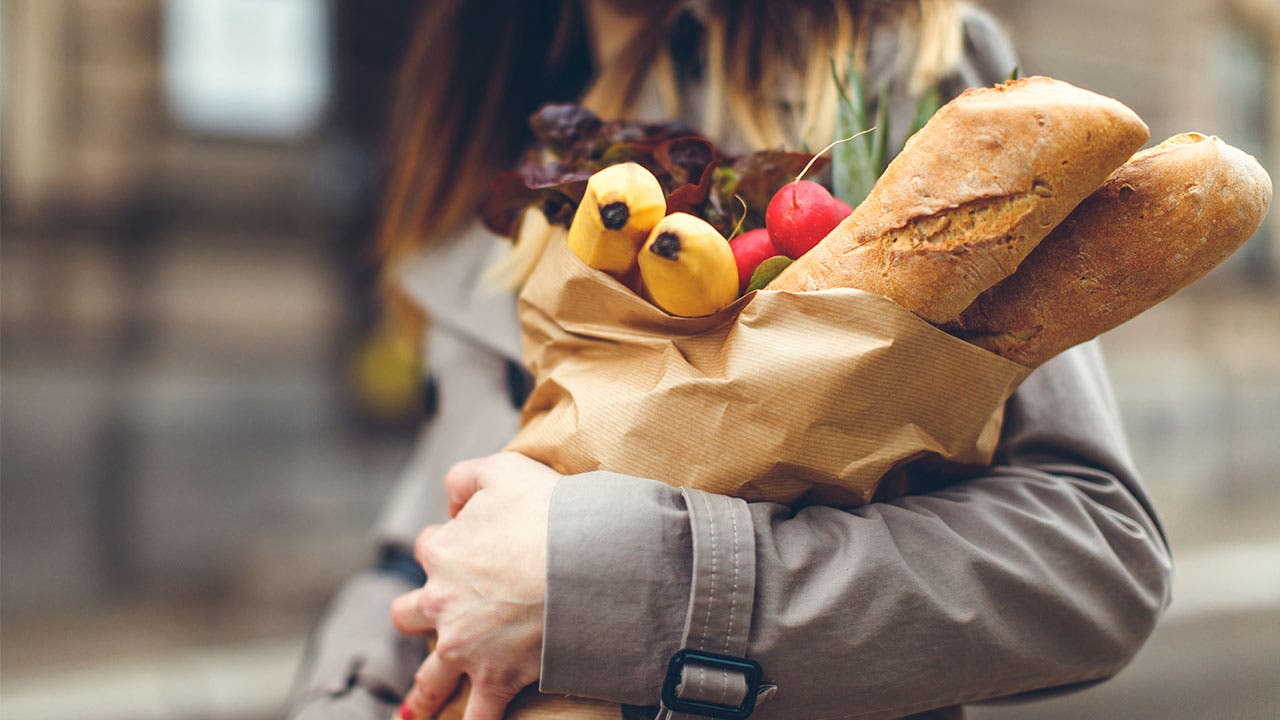 In the middle of 2018, I decided that one of the last things I would do before the year came to a close, was take a long look at my spending for the past 11 months and be more honest about my finances. I could easily predict that the majority of my cash was put toward one thing and one thing only: food.

Cooking was never something I enjoyed and every time I tried to figure out the wonderful world of meal prep, I ended up getting frustrated or overwhelmed.

I found myself buying three meals a day instead of making one or two at home. In fact, I could spend upward of $1,500 a month just on eating (New York City is especially expensive when it comes to dining out).

As a way of proving to myself that I could still have my out-of-house “cake” and eat at home too, I decided to do an experiment in December that had me only spending $500 a month on food.

Here’s how I was able to do that, without ever feeling hungry or missing grabbing a meal or two, every day, at a local restaurant.

During the last week of November, I sat down and began mapping out what kinds of meals I could make in advance and have ready for me to eat during the week. I’ll mention that I am a life-long vegetarian, so meat (which is something that can be expensive to buy) wasn’t something I had to budget for. But it also wasn’t something that my almost $1,500-a-month food bill included either.

I planned what my breakfast would be every morning (oats and almond milk, yogurt, with a side of fruit), what my lunch would be (a veggie sandwich), and my dinners could be during the week (exciting pasta dishes, big salads, frozen pizza or warm vegetarian dishes). I also accounted for snacks that would be both healthy and keep me full in-between meals (nuts, vegetables, popcorn or fruit). After making an idea list of meals and snacks, I then broke out the ingredients and items I’d need to buy at the grocery store, with the goal of keeping the bill under $70 a week.

In the past, my lack of a food shopping budget made me spend way above $125-$150 a week on items that I either didn’t need or didn’t eat fast enough, watching them spoil in the fridge before tossing them in the trash. When I reduced my budget to $50-$70 a week, I would first search for coupons and savings online before heading to a grocery store. Doing that research beforehand allowed me to know which stores offered which items for the best deal.

Yes, that usually meant I had to go to two to three stores per week for groceries, but I was able to get all 20 items on my shopping list, and more, for under $70, which was significantly less than I was spending when I didn’t plan ahead or look for savings before leaving my house.

When planning my meals for the week, I was able to save both time and money by factoring in the power of eating leftovers. Extra portions of dinner from the night before made for a tasty lunch.

On the four to five occasions that I dined out in December, I took home some of the food I didn’t finish and ate it for lunch or dinner the next day. This helped me get out of the habit of wasting food and allowed me to have enough in the fridge for multiple meals.

4. Ditching my coffee habit saved me a lot money

One of my spending habits that made me the most frustrated was noticing that I spent anywhere between $5-$10 on coffee a day. I’d swing by my morning spot for a latte before work and grab an iced coffee for a mid-day pick-me-up.

Cutting out buying coffee, twice a day, saved me close to $300 a month. Plus, it turned out that buying ground coffee that I could brew in the morning and dump over ice in the afternoon only cost $10-$20 a month.

5. I let my friends in on the secret

Often, I spend a ton of money going out to dinners or brunches with friends or splitting a large bill for a birthday celebration meal. I even find myself spending a lot of money at restaurants I wouldn’t even consider going to if it wasn’t for a friendly meal.

To avoid falling into the same habit, I told my friends about my food budget challenge. Instead of spending $50 on a meal, I asked if we could do other things to spend time together that didn’t involve food. Often those activities (like taking walks, catching up over homemade coffee and cookies) cost little to nothing.

6. I still set aside money for dining out

I knew that I would miss eating some meals at my favorite restaurants throughout the month, so I set aside a budget of $70-$90 a month for out of home meals. I based this budget on giving myself $100-$115 per week to spend on food (including the grocery bill for that week).

If I was able to spend $70 on groceries, I gave myself a $30-$40 to dine out that week. It made it a fun challenge and it also made me appreciate dining out more.