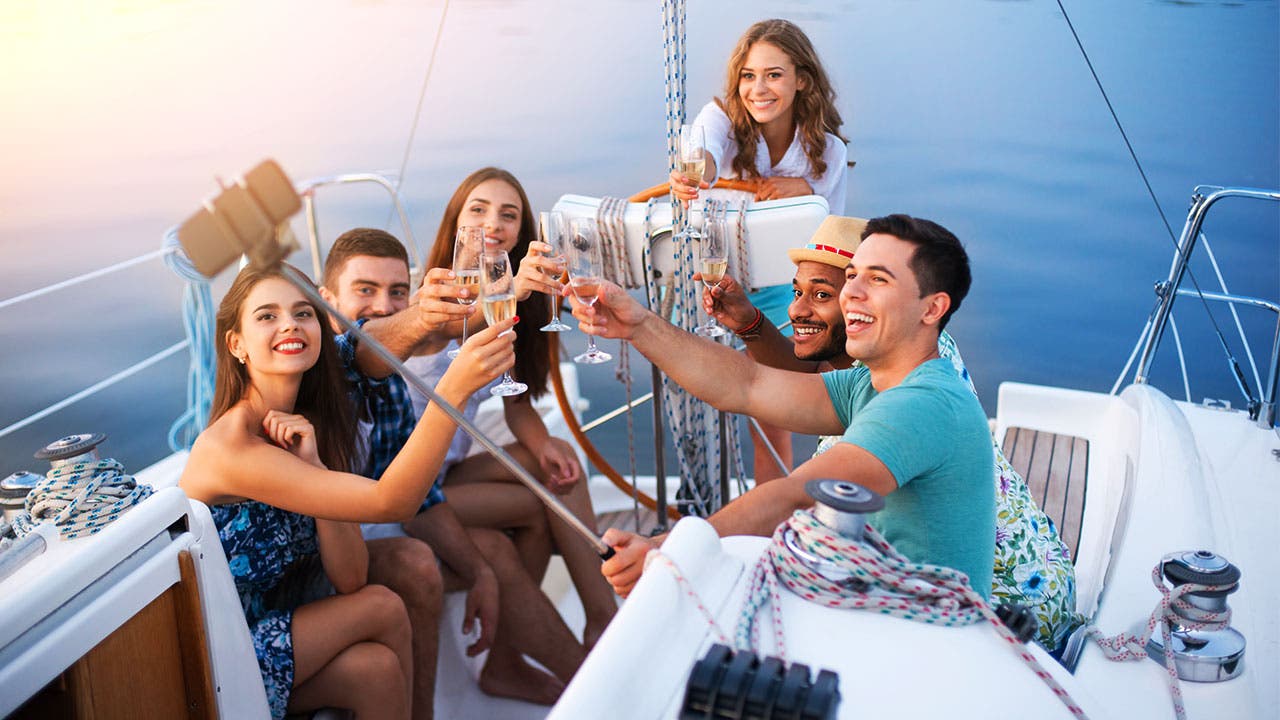 How much should you have in savings by the time you’re 30? What is the right amount to spend on food each month? What is a good credit score for a millennial?

People are obsessed with how they are doing financially, and especially how they’re doing compared to others.

But is the knowledge of how your spending, saving and planning habits stack up against others useful or harmful?

There are benefits to comparing yourself to peers, especially if it helps you curb overspending or boost your savings. But it can also leave you feeling defeated and disengaged, or even undermine good habits you’ve already established.

Won’t you be my neighbor?

Call it keeping up with the Joneses if you must, but ranking or imitating peers has long held a strong appeal.

“The norm is a magnet for behavior,” says Robert Cialdini, Regents’ Professor Emeritus in psychology and marketing at Arizona State University.

A study Cialdini conducted in the 2000s provides a stark example of how much people gravitate to the norm. He and his team sought to identify the most effective messaging to encourage lower energy consumption in a San Diego suburb.

In the study, Cialdini’s team left different messages at homes that encouraged families to conserve energy. There were four variants: One touted the environmental benefits of saving energy; one emphasized the social responsibility of protecting the planet for future generations; another talked about saving money; and one told people their neighbors were using less energy.

“The only message that made any difference was the one about neighbors,” Cialdini says.

In another experiment designed to encourage energy savings, Cialdini put charts on power bills that showed a customer’s power consumption compared to their neighbors’ usage. The technique was so effective in driving energy conservation that the chart has become a standard part of some utility bills.

“As a consequence, consumers have saved billions of dollars and kilowatt/hour demand has been reduced by billions,” Cialdini says.

Social norms and eating out

Last year, Common Cents Lab, which is part of the Center for Advanced Hindsight at Duke University, wanted to see how a social norms experiment like the ones Cialdini conducted would play out in financial behavior.

The lab partnered with Arizona Federal Credit Union to see if it could use social norms to change people’s eating-out habits. The initial reaction was strong: 22 percent of people who received an email telling them how to compare spending habits to others clicked on the included link. While that might not seem very high, it was 2.4 times greater than the typical click-through rate of an email from the credit union.

People were clearly drawn to the idea of knowing how their spending compared to others.

The people who stayed through the duration of the experiment did end up eating out less, says Wendy De La Rosa, co-founder and principal of the lab.

Common Cents is now in the process of rolling out the experiment on a larger scale, with more credit unions.

People don’t like to be outliers, De La Rosa says. “If you’re so far out of the range, it’s completely demotivating,” she says.

Part of the challenge then is finding the right peer group.

This key insight is at the heart of fintech app Status Money. The app, which launched last year, wants to give users insights into all parts of their financial life, from credit card interest rates to how much goes into savings.

To give users an accurate picture of their finances, the challenge is to determine their relevant peer group. For instance, it is not enough to simply compare a user who lives in Manhattan to a group of general urban users. It’s clear that not all city dwellers are like people who live in Manhattan.

One of the best tools we have to change behavior is to know what others are doing.

Status Money has created two million highly differentiated peer groups, thanks to a partnership with a national credit bureau, which provides the company with anonymized panels of data on individuals.

Users are compared against not just one but multiple peer groups. By default, the primary comparison group is very specific to each user, but there is also at least one other group that hews closer to national averages. That’s important, because each user’s tailored peer group might be doing really poorly, and Status doesn’t want users to feel like they are the responsible party in a group that is really bad with money.

“If I’m in the top 10 percent, but my peer group at large is doing awful, I shouldn’t be feeling too good about myself,” says Majd Maksad, founder and CEO of Status Money.

Having that larger context is important, both De La Rosa and Cialdini say. Norms attract people from both sides of the equation. People who think their spending behavior is good compared to their peers might loosen their standards.

“They got a badge of approval, instead of feeling like a sucker for turning off the AC,” he says.

At its root, Status Money wants to use social norms to end the inertia in banking.

“My partner and I were trying to dig into why people weren’t taking advantage of all the financial offers out there. People continue to use products that are not well priced,” Maksad says. “They have credit cards where they pay a 20 percent interest rate when they could get one with a 12 percent interest rate.”

The data scientists kept coming back to peer comparisons as a way to get people into better priced products. Not surprisingly, Status’ revenue model is based on targeted ads. So far, it has about 40,000 users.

Similarly, neobank Chime partnered with Common Cents on BankFeeFinder.com, a site that lets users see how much they’re spending on bank fees like monthly maintenance, overdraft charges and ATM fees. It also displays how each user’s total compares to what others are spending.

Of course, this is a great marketing tool for Chime, which touts its no-fee model on the site. Zach Smith, vice president of product at Chime says the percentage of people who switch banks after seeing the results is “in the double digits.”

Tell me how I’m really doing

In general, people tend to think they are doing better than their peers, the Common Cents experiment found. On average, people estimated others were spending about 18 percent more than they were actually spending on eating out.

Millennials, however, might have a different opinion given social media usage, De La Rosa says.

“We’ve grown up in a world constantly being bombarded by others’ achievements,” she says. More than that, social media has allowed people to display the best version of themselves, which fosters insecurity in others. How does she always afford to travel? How can he always afford brand new shoes?

Young millennials particularly want this type of insight. A Business Insider Intelligence study from last year found that 52 percent of people 18 to 22 years old say having a comparison feature would be important or extremely important to them in picking a bank.

By using data, you can cut through the hype and taboos about money and truly get an idea of how your habits compare and take the steps necessary to improve your spending and savings habits.

“One of the best tools we have to change behavior is to know what others are doing,” De La Rosa says. “It is such a strong motivator.”