How Disney World helped me teach my kids about saving money 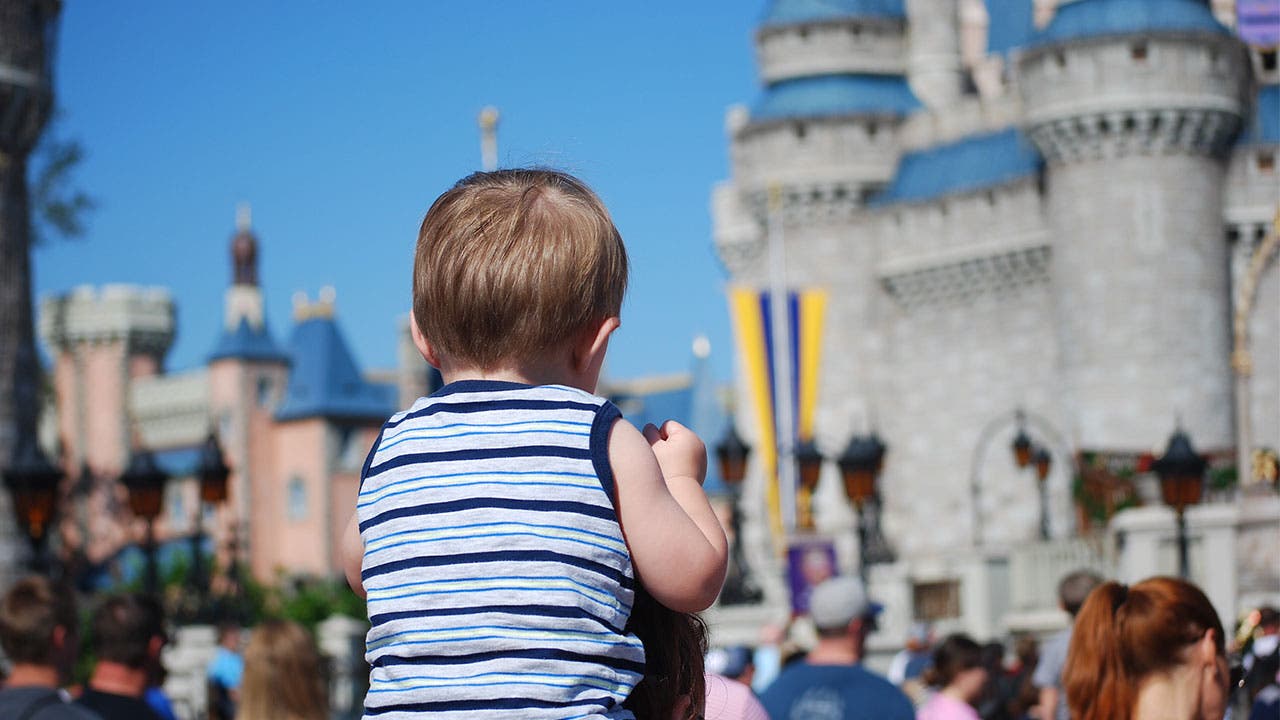 As a mom, I believe one of my most important jobs is to be a teacher.

I try to teach my son and daughter about the value of kindness, faith, and hard work. At the same time, I also want to prepare my children to succeed in the world financially.

Here’s how I used a trip to Disney World to teach my kids about saving money.

I’m probably more passionate about developing good credit and money management habits than your average person. You might even call me a little obsessed. I’m okay with that description.

You see, I’ve been a credit and personal finance expert for 17 years. I began my career while still in college when I started working part time with a mortgage company. The company had an amazing program designed to help unqualified borrowers learn how to improve their credit and manage their finances more effectively — I fell in love with the work.

I saw first-hand how applying basic financial and credit principles quite literally changed lives. Although the customers didn’t typically see any increase in income while enrolled in the program, they were nonetheless able to often add hundreds of dollars back into their household budget every month.

Renters became buyers and often saved tremendously on housing expenses. Many paid off high interest rate credit card debt and saw their credit scores soar as a result. We even taught customers how to refinance vehicles at lower interest rates (or downsize altogether), refinance or pay off high interest loans, and save money for emergencies.

I saw people go from barely making ends meet, to having extra money in their budget every month to save. Again, these changes weren’t a result of those customers earning more money. These huge changes were a result of learning how to manage the money and credit they already had in a smarter way.

Teaching kids about the value of saving money can and should begin at a young age, in my opinion

As a credit expert for the past decade and a half, I can’t tell you how many times I’ve heard adults say they wished someone would have taught them about credit and money when they were young. After all, avoiding credit and money mistakes in the first place is a lot easier than trying to fix the damage at a later date.

My son and daughter are both young (seven-years-old currently), yet I started to teach them basic savings habits around the age of four or five. The habits were simple, of course. They basically involved one pink and one blue piggy bank in each of their rooms. Each time they earned money for chores or received money as a gift, I would encourage them to save part or all the funds.

At first, there was no resistance. The kids simply accepted that saving money was what you were supposed to do when you received it. Yet as the kids grew older, desires changed. Why couldn’t they take those five or ten dollars to buy a new Hotwheels car or Barbie doll? Why should they save the money instead of spending it?

My husband and I would explain why saving money matters. “Exercising a little self-control with your money now, kids, can help you to enjoy it even more in the future.”

Yet the concept was over their heads. They understood the habit of savings we had helped them to develop, but they didn’t really grasp the benefits of saving.

What we needed was a big, exciting goal

My kids and I are Disney fans. In fact, we are full-fledged, hardcore Disney nerds.

So, when my son and daughter asked about taking a trip to Walt Disney World, inspiration struck. I knew this could be a great opportunity to teach my kids a hands-on lesson about budgeting and saving money to reach a bigger goal.

And I was right. The plan has worked wonderfully. Not only are my kids excited about saving and cutting unnecessary spending, the savings lesson has motivated my husband and I to cut a few unnecessary expenses as well.

Here’s a step by step guide to show you the process our family used. It has not only helped us tuck away funds for our upcoming vacation, but it has also helped to make saving money exciting.

Step One: Setting the goal

After discussing the plan together, my husband and I sat our two kids down one evening to see if they would be willing to work hard as a family toward a big goal — a 10-day Walt Disney World vacation. We took the kids’ screaming, bouncing, and racing around the living room in circles as a yes.

Once the celebrating was over, we explained how any Disney trip costs a lot of money, especially an extra-long, extra-magical vacation like the one we were planning. We would have to make a big commitment to save and cut spending as a family.

Naturally they were on board and wanted to do whatever they could to help. At that moment, I’m pretty sure they would have agreed to just about anything for the chance to spend some quality time with Mickey and friends.

Step Two: Explaining the savings goal to the kids

Because we were planning such a long vacation, we told the kids it would take some time to save enough money to afford the trip. Destination Disney World was a goal we would have to save toward together for over a year.

That part gave the children some pause. They weren’t upset or whiny, but they wanted to know why. A year is a long time, especially to a couple of seven-year-olds.

We patiently answered their questions. We explained how we needed to save a few hundred dollars every month before we would have enough money to pay for such an amazing trip.

Step Three: A dedicated place to save

Next, I showed the kids our dedicated place to save, aka the Disney Fund. For us, the Disney Fund was an empty 10-gallon water bottle (which I swiped from the kitchen at my office). I’m nothing if not over-the-top, so I had printed out a sparkly red vinyl sticker off my Cricut machine in swirly Disney font for an added touch of magic.

Of course, you could use anything to save. I’m pretty sure my kids would have been fine with a big envelope or an empty coffee can.

I explained that whenever either of the kids wanted to save any of the money which they had earned or received as gifts, they could put the money into the Disney Fund. My husband and I would use it too and we could watch our savings grow together.

Step Four: Teaching the kids how cutting costs could help

Saving for a Disney World Vacation has also been a helpful tool for teaching my kids about a concept that almost no one likes — the value of cutting spending.

Although I have over a decade and a half of experience as a credit and personal finance expert, like many people I am spender at heart. Saving doesn’t come naturally to me. I’m tempted to make impulse purchases and overspend just like the next person.

Yet I also realize that being purposeful with my spending will make me happier in the long run. Denying myself an impulse purchase now might not be fun in the moment, but in the future I’ll be grateful.

The concept of not buying something you want right now in order to afford something you want more in the future can be a difficult concept to teach to kids. As a parent, I’ve told my kids “no” many times to curb impulse spending requests. However, I want my kids to understand why we can’t simply buy whatever they want, whenever they want it. I want them to understand the value of being purposeful with money.

It’s hard for seven-year-olds to get why we were now saying no to those five-dollar each smoothies after Taekwondo classes each week. Yet when I showed them how skipping those smoothies three times a week could put $30 extra into our Disney Fund, it was an eye-opener. I could almost hear the “click” inside their little brains.

Having the goal helped them understand why saying no to spending now can be a good thing.

Around seven weeks after the initial announcement, I noticed a little of the initial excitement was wearing off for my son and daughter, maybe even for myself if I’m being honest. It’s not that they weren’t still excited about the upcoming trip, they were just having moments when the temptation to overspend was getting stronger again.

They’re kids, I get it. They’re too young to fully understand financial complexities. They just see something cool or yummy and they want it. So, I decided it was time for a reminder.

We took all the money out of our Disney Fund bottle and counted it. Both kids really enjoyed helping with that. Next, I created a goal thermometer which I kept simple by drawing it on a piece of paper. Then I shaded in how much we had saved toward our total goal (about 10% at that time).

The visual reminders really seemed to resonate with the kids. Again, it helped them understand, on their level, the concept of saving toward a goal. Now, we have an informal “Disney checkup” about once a month to tally our savings and measure how close we are to the overall goal.

Sure, we could deposit the funds into a dedicated savings account, but the hands-on approach really works well for the children. Touching the actual money and shading in the thermometer (I let the kids do it themselves) teaches savings principles to my kids in a way that numbers on a screen or words in a book never would.