This couple saved nearly half their income by moving 7,000 miles away to Abu Dhabi for ‘FIRE’ 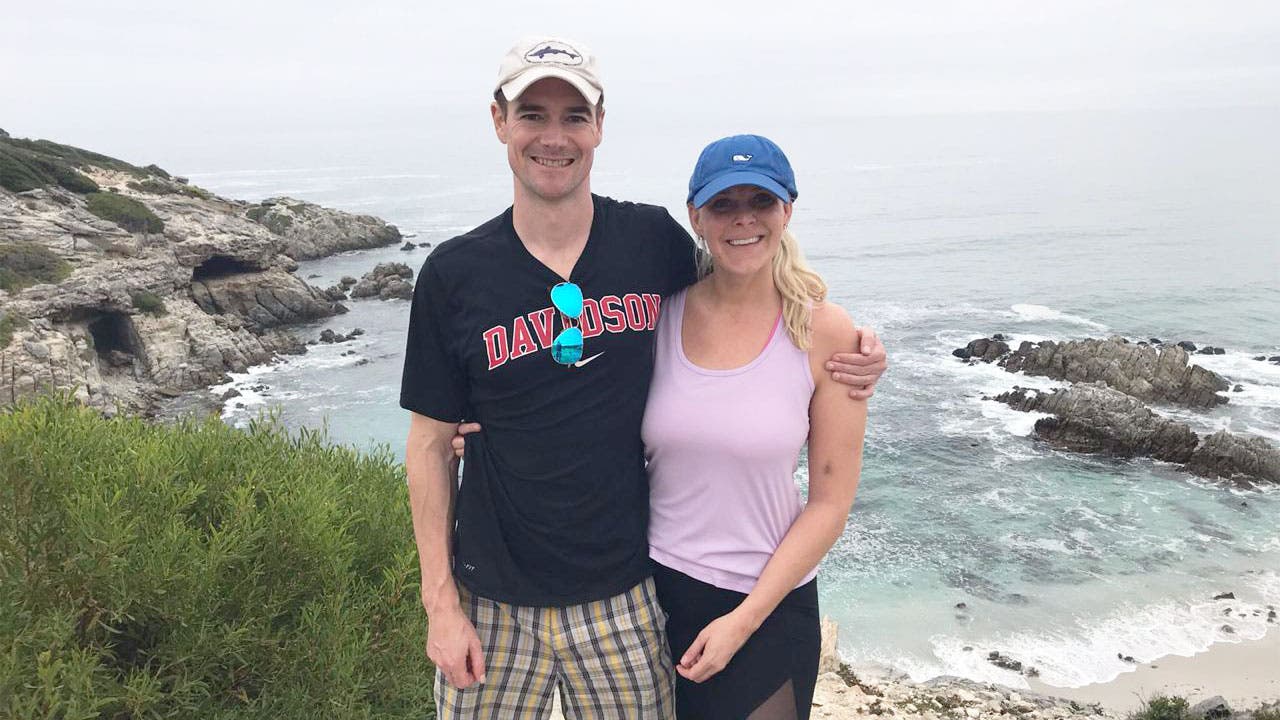 Some people go to brunch on the weekends. For Brian Davis, 38 and his wife, Katie Leishear, 35, they go to Cairo to see the pyramids.

While the weekend getaway sounds like one reserved for those who own a private jet, Davis and Leishear aren’t trust fund babies. Instead, they’re two Americans who currently live in Abu Dhabi, the capital of the United Arab Emirates (UAE).

Although the Persian Gulf is known for its immense wealth, opulence and high standard of living, the couple is there for one reason — to save money.

Why they moved to Abu Dhabi

Davis and Leishar are just two of the thousands of individuals pursuing the FIRE movement — a way of living that embraces financial independence and having the means to quit the traditional standards of working much earlier than most.

In 2015, the two took their passion for financial independence to another level: They moved over 7,000 miles away from Baltimore, where they’re from, to Abu Dhabi, where Leishar got a job as a counselor at an American school.

By living in Abu Dhabi, Davis and his wife are able to save roughly 50 percent of their income.

Abu Dhabi, however, is one of the most expensive cities in the world for expats. In 2018, Mercer’s annual cost of living survey found Abu Dhabi to be ranked as the 40th most expensive location for working abroad, ranking above other major cities such as Toronto, Miami, Chicago and Brussels.

So how are they saving money?

In 2017, the Chicago Federal Reserve released a paper comparing America’s tax burden to that of other developed countries. Overall, the U.S. tax burden ranked 32nd out of the 35 countries in the Organization for Economic Co-operation and Development (OECD) based on data from 2014 . The Chicago Fed describes the U.S. as a “relatively lightly taxed country,” but nonetheless, reducing the cost puts Davis and Leishar at a huge advantage.

Pros and cons of moving thousands of miles from home

Moving thousands of miles away from home isn’t easy. It’s especially difficult when moving to a region of the world that is much more conservative than the Western hemisphere.

Davis doesn’t criticize the country, but says the differences in things that are limited by the government, including press, speech and religion, took some getting used to.

“I struggled a little bit for the first year or so, but at a certain point you let go of that stuff,” Davis says. “You just enjoy living in another country and accept the fact that it isn’t your country and it does not reflect your values, and that’s OK.”

Davis adds that many of the misconceptions people had about him and his wife moving to Abu Dhabi were based upon what he thinks is a misrepresented storyline of violence in the Middle East. He points out that Abu Dhabi has been ranked as the safest city in the world since 2017 by Numbeo, a website for crowd-sourced global data.

“A lot of people didn’t understand,” Davis recalls while thinking about how their move was perceived by family and friends. “And some of those people still don’t get it, but it doesn’t matter.”

Given the distance, time and cost it takes to travel from the Middle East to back home, the couple only visits their family a few times a year. That means there are many weddings, birthdays and funerals they have missed out on — and relationships that have drifted apart over time.

“There’s a feeling of missing out on the important moments in life,” Davis says. “But in those times I’ve had to remind myself that I get something else in exchange for that — it isn’t all sacrifice. I’ve gotten to see some amazing things traveling the world, and I’ve had amazing experiences that most of my friends and family will never have. But it does come with a cost.”

Davis started his career like many others have — sitting in a cubicle, working for someone else. While working for real estate investors, he quickly realized they were making money by virtually doing nothing, and then it hit him: Why can’t he do that, too?

The prospect of generating passive income was alluring enough for Davis to venture out and purchase property of his own. His journey to becoming a landlord started with what he describes as “the worst three-year stretch to buy real estate since, well, forever” in the two years leading up to the Great Recession. His total money lost is estimated to be in the “low six figures.”

“They were expensive lessons, but incredibly valuable lessons,” Davis says.

Today, Davis is a full-time landlord and is the director of education at SparkRental, an online platform geared toward helping people reach financial independence through rent income. For him, being able to work wherever he wants and not relying on a boss to dictate his earnings makes life more fulfilling.

“[FIRE] lets you focus on doing what’s most meaningful to you personally, making work an end in itself rather than a means to an end,” Davis says.

One common misconception about the FIRE movement is the ‘RE’ part, which stands for “retire early.” Not everyone who seeks out FIRE does so with the goal of stopping work completely; instead, the “RE” aspect refers more to being able to withdraw from 9-to-5 salary jobs and take on more meaningful work on one’s own terms.

Davis says he has no intention to ever stop working. But one day, he’d like to write novels and open a wine shop with his father — two ventures he hopes to be able to do thanks to being financially independent.

Overall, Davis and his wife have enjoyed their time in Abu Dhabi. But the bug to travel has bit them again. In a few months, they’ll be making their way back to the West and settling in Brasilia, Brazil, where Leishar plans to work at another American school. They will be facing the prospect of paying income taxes again, but it’ll still be less than the amount of taxes they would pay back in the states due to lower rates.

They might miss home, but their collective longing isn’t enough to bring them back to the states.

“We’re excited to do something different,” Davis says. “It just feels like the right time to move again.”

This story was updated to clarify information on how the couple’s tax burden was reduced using the foreign earned income exclusion.