Americans are seeing the fastest wage growth in decades, and the majority of workers in a Bankrate survey say they’ve gotten at least some kind of income boost over the past 12 months — but the hottest inflation in almost four decades could be keeping them from fully reaping those benefits.

Nearly half of workers (48 percent) got a raise this past year and 21 percent found a higher-paying job, including 8 percent who received both, according to Bankrate’s September Pay Raise survey. Just 39 percent didn’t receive either one, the lowest in any prior iteration of the poll and significantly down from 56 percent in 2021, 50 percent in 2019 and 62 percent in 2018.

“Inflation that has run at the highest levels in more than four decades has stripped buying power away from households of all walks of life,” says Greg McBride, CFA, Bankrate chief financial analyst. “Even half of those receiving a pay raise, getting a promotion, or taking on new responsibilities said that higher pay falls short of the increase in household expenses.”

More than 3 in 5 workers have received a pay raise, better-paying job or both over the past year

Taken together, the majority of workers (61 percent) have received some sort of pay boost over the past year, whether that’s from a higher-paying job, a raise or both, Bankrate’s survey found.

Experts have attributed those widespread gains to one of the strongest labor markets in history, which is offering workers a significant amount of bargaining power. Employers recovered pandemic-related job losses at a rapid pace, with joblessness taking just two and a half years to return to its pre-pandemic low. That compares with a decade-long recovery in the aftermath of the Great Recession of 2007-2009.

Not only has the labor market recovered, but employers’ demand for workers has rebounded at a much quicker pace than the number of those available to take a position. Employers have a near record number of job openings, with almost two vacant positions for every jobless American.

For every demographic, raises proved to be the most common way of receiving an income boost over the past 12 months, but key differences were noticeable by age, income and race.

Workers with lower earnings and less education were more likely to find a better-paying position, while pay raises skewed more toward higher earners and the most highly educated. More than half (55 percent) of those with a postgraduate education got a raise along with 51 percent of those earning $80,000 or more a year, the most of any other group for both categories.

For the workers who received a raise, performance-based increases (at 36 percent) were the most common reason for a pay bump, followed by 31 percent who saw a cost-of-living adjustment and another 16 percent who earned a promotion or new job responsibilities. Meanwhile, 10 percent cited another reason for getting a raise and 7 percent didn’t know.

Younger workers were more likely to see higher pay associated with a promotion or new job responsibilities than older generations, while older workers tended to see more performance-based raises than younger ones.

“The cost-of-living increase continues to be the exception rather than the rule,” McBride says.

Overall, just a third (33 percent) say their income has either exceeded or kept up with inflation over the past year, and the figure only slightly improved for the individuals who reported either receiving a pay raise or a more prosperous position, at 39 percent.

Some individuals, however, were better off. Nearly half (45 percent) of Gen Z and millennial workers who saw higher pay in the past year say their incomes kept pace or exceeded inflation, compared with 33 percent for both Gen X and boomers. Higher-earning workers who got a raise or higher-paying position were also more likely to say their incomes have kept pace or beat inflation, at 53 percent for those earning $100,000 or more a year versus 34 percent for those earning less than $50,000 a year.

Nearly 2 in 5 workers are worried about their job security

If inflation starts to cool, wage growth could finally have a chance to catch up, helping Americans take full advantage of the best labor market in nearly half a century. But it also depends on whether income keeps growing at its current, historically hot pace — and the outlook doesn’t look good.

The Federal Reserve could make or break it. The central bank is raising interest rates by the fastest pace since the 1980s to bring inflation down. But higher interest rates only help by slowing the economy down as a whole — and along with it, the job market.

Fed officials have said the labor market is “extremely tight.” But it’s also that tightness that has helped give workers the most bargaining power they’ve had in nearly half a century, as businesses compete for more talent.

The majority of American workers (at 61 percent) say they’re not worried about their job security. Yet, 39 percent say they are worried, which includes 28 percent who are somewhat worried and 11 percent who are very worried.

Bankrate.com commissioned YouGov Plc to conduct the survey. All figures, unless otherwise stated, are from YouGov Plc. The total sample size was 2,458 adults. Fieldwork was undertaken between August 17-19, 2022. The survey was carried out online and meets rigorous quality standards. It employed a nonprobability-based sample using quotas upfront during collection and then a weighting scheme on the back end designed and proven to provide nationally representative results. 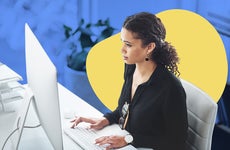 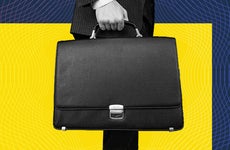 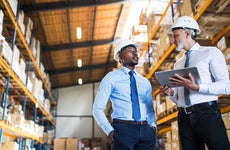 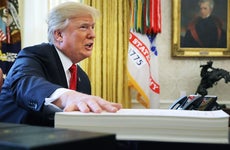