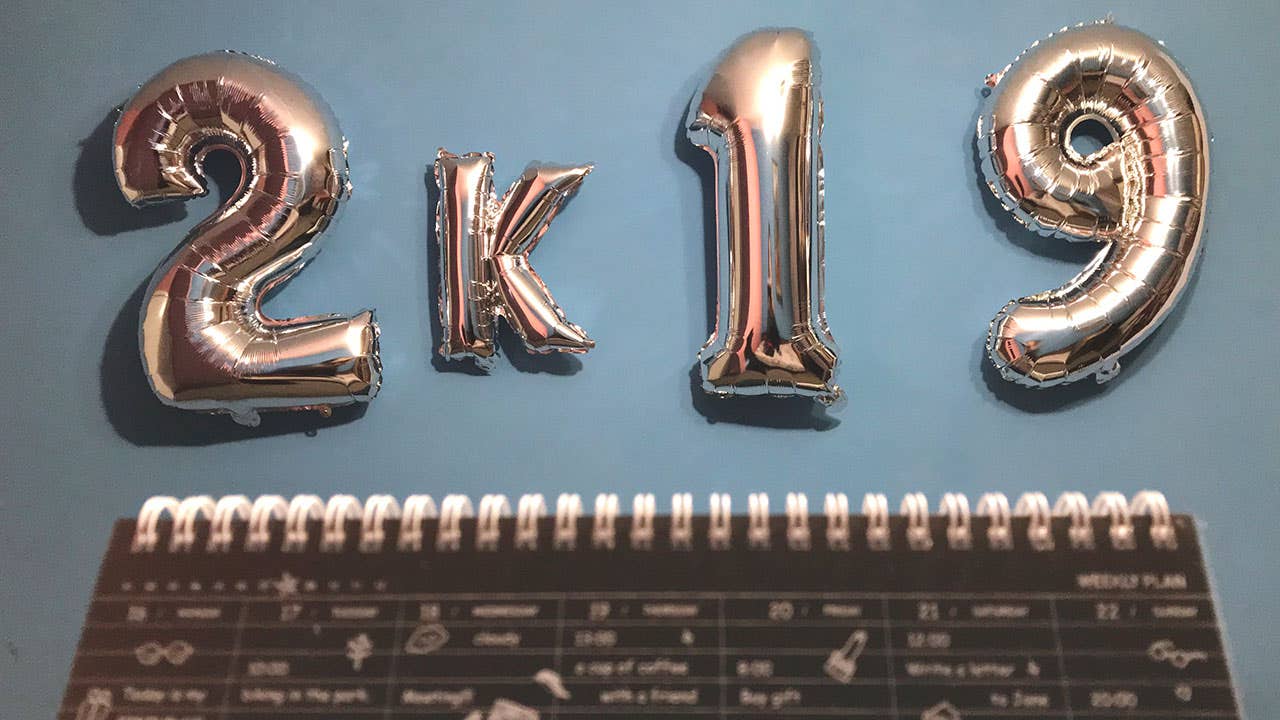 In fact, many people would rather you ask them about their relationship status, their biggest moment of failure, or even how their latest trip to the dentist went, before asking them the dreaded question of how much money they have in the bank or how much debt they are carrying.

I’m one of those people. I’ve never told anyone about my financial situation before, except for my boyfriend of three years.

Last December, after Christmas came and went, and before New Year’s Eve hit, we sat down, pulled out a pen and paper, and shared with each other how much money we have in our savings accounts, retirement funds, and on our debt list.

My hands were shaking as I wrote down my numbers and for the first time in my 30 years of life, admitted to another human being, how I was doing financially. It was scary, but it felt good.

Not only did my boyfriend have a list of things he advised me to do (things like switch where I bank to someplace else that could give me more interest with a savings account to ways to consolidate credit card debt) he also made me not feel bad about not having as much money as I thought I would by this age.

So why is it so hard for us to talk about our personal finances? Daniel Crosby, the behavioral finance expert at IncBlot Organizational Psychology, told Reuters, “It’s such a loaded conversation, and there is so much subtext and hidden meaning wrapped up in money. Money is shorthand for happiness, power, and personal efficacy, so it can be very scary.”

Yet, according to COUNTRY Financial, 67 percent of Americans say they’re worried about their financial future. Which is why I decided it’s time to change how I approach, talk about, and cope with my own financial future.

As 2018 came to an end, I decided to make a New Year’s resolution to myself that it’s time to be more honest about my finances, have the difficult conversations I’ve been putting off and get the financial help I need.

Here’s how and why I plan to be more honest about my finances starting in 2019.

The first person I need to start being more honest about my finances with is myself.

I have spreadsheets upon spreadsheets saved on my desktop of budgets that have failed and new ones I’ve created, with the best intentions, but never followed through on. Often, I like to forget about my financial situation, only checking in on my credit card bill and my bank account once a month.

Not only do I plan to set a monthly budget, but a weekly budget as well. That way, I can stay on track of my personal financial goals on a more manageable seven-day scale, finding ways to save more money throughout the month, rather than just at the very end when I realize I’ve gone over my planned spending limit.

I’m getting other people involved

When I say that my goal is to be more honest about my finances, I don’t mean that I plan to stand in the middle of a public forum and announce how much money I have to my name. It doesn’t mean I’ll start bringing it up in conversations with strangers or friends (I’m not ready for that yet) but it does mean that I’ll start having more conversations with people that I trust.

In the hour last year that I went through my finances with my boyfriend, I left with tips that helped me save and earn thousands of dollars on my money this year. I want to start having more conversations like that with family and other close friends that I trust and I know are good with managing their own money.

I’m enlisting the help of professionals

The key to my success this year depends on who I open up to about my finances. I’ve never met with a financial adviser or a money manager before because I haven’t ever been honest with myself about my money goals or problems.

On the list in 2019 is to meet with a financial adviser to get advice, find out what kind of savings track I need to be on, and discuss potentially starting to invest, something I’ve wanted to look into but hasn’t been able to take that first step.

I’m going to get serious about retirement

One thing I’ve struggled to be honest about is the fact that I’m lacking in the department of a retirement account — I don’t have a 401(k) or an IRA.

I’ve been self-employed for the past four-years and have always been too scared to put money away for the future when there are so many things that need to be paid for or saved for now. Being honest about the need to build a retirement account and talking to a professional about how to do so, slowly but effectively, is part of my resolution to be more honest about my current personal finances and the future of my finances as well.