The economy is strong—so why are people still losing sleep over money? 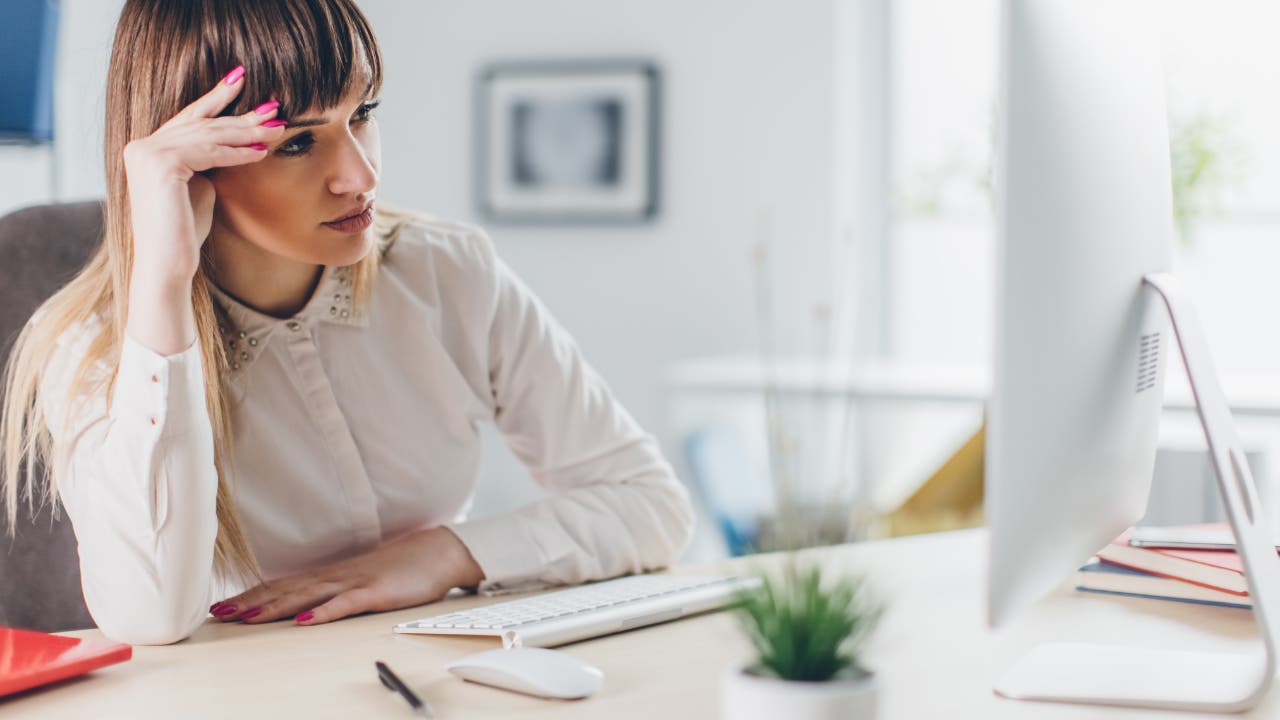 By several important measures we use to judge economic success, America is doing well.

The stock market finished its best June in decades this year. While job creation looks to be decelerating, the unemployment rate remains at a near-50-year low of 3.6 percent. July marks the longest U.S. economic expansion in history.

But for many, economic success on a macro scale doesn’t tell the story of everyday reality.

“The broader headlines about the nation’s economy tell us one story, but for individuals, there are literally millions of variations on those themes,” says Mark Hamrick, senior economic analyst at Bankrate. “That means your results may vary. And our Bankrate surveys consistently tell us that a large number of Americans continue to struggle with their personal finances, including by living paycheck-to-paycheck.”

That includes the 56 percent of Americans who are losing sleep over concerns with their money, the 39 percent who view the economy as “not so good” or “poor” and the nearly three in ten (28 percent) with no emergency savings whatsoever.

According to Bankrate’s recent survey on the issues keeping Americans awake at night, their top concerns about money were everyday expenses (cited by 32 percent), retirement savings (24 percent) and healthcare and insurance bills (22 percent).

As rising costs, namely in healthcare, compete with stagnant wages, many may find their paychecks inadequate to fulfill financial demands.

For one, Americans’ paychecks haven’t grown as quickly as previous expansions. Average hourly earnings surpassed a 3 percent annual growth rate for the first time in October 2018, but wages have been cooling in recent months, based on the Department of Labor’s past four jobs reports.

Fears about paying monthly bills and having money for everyday expenses are standard for individuals and families across the country, for whom a single unexpected emergency expense or wage cut could be the difference between making payments or not. Without an emergency savings safety net, any unexpected cost could be detrimental.

And looking long-term, that worry about everyday expenses can also jeopardize retirement savings.

According to Northwestern Mutual’s 2019 Planning & Progress Study, more than one in five (22 percent) of Americans have less than $5,000 saved for retirement. Fifteen percent have no retirement savings at all.

The problem lies in the balancing act between saving for the future and living for today, says Emily Holbrook, senior director of planning at Northwestern Mutual. The study’s results show a disconnect between people’s concern for outliving their savings and their degree of inaction around actually saving.

Without taking action, these anxieties around having enough saved for retirement and to stay afloat in the midst of rising costs or eventual economic downturn can only grow.

How can you ease the burden?

Education, Holbrook says, around topics like savings, debt and budgeting, is the first step in easing Americans’ financial worries.

“Really surfacing those topics and having a dialogue around them, gaining that sense of education and a degree of control over personal finance is so important,” she says.

But while education is an essential first step, it’s only useful when put into practice.

“You not only need to have a plan but also a sense of urgency in taking action on that plan, and the sooner the better,” Holbrook says.

Get serious about budgeting

“The first step along the road to financial success is planning,” Hamrick says. “If one makes attaining financial goals truly a priority, that makes a difference. Along those lines, having a budget makes all the difference. This means knowing what our income is on a regular basis, along with the recurring expenses that compete for those hard-earned dollars.”

Start small, by tracking everyday expenses and finding where you can afford to cut back. Even if you don’t buy $4 lattes or $15 lunches everyday, there are likely areas you can find a better balance. Bankrate’s Home Budget Calculator can help.

Most importantly, stick to your budget. Use a spreadsheet or budgeting apps to help you stay on track and revisit your plan regularly to ensure it’s still working for you.

“Living beneath one’s means, rather than living on the razor’s edge, is key when working to save for retirement as well as emergencies,” Hamrick says. “Americans routinely tell us that the failure to save ends up being their top financial regret.”

Once you have an established budget, open a high-yield savings account to start building your emergency fund and other short-term savings. Experts recommend having three to six months’ worth of expenses on hand. Even if you’re only able to save a few dollars at a time, it can add up more quickly than you think and make all the difference between taking on debt or staying afloat when the unexpected occurs.

If your concerns lie with retirement savings, begin contributing (or increase your contributions) to your employer’s retirement plan, if that’s an option. Open a Roth IRA and contribute as much as you can afford up to the maximum ($6,000 for 2019).

Automate your savings so you don’t have a chance to miss your cash before it’s safely stored for a rainy day or retirement.

If you have any credit card debt, medical costs, personal loans or other debt (especially any debts earning interest at or above 8 percent), start working to eliminate it as quickly as possible.

Consider a balance transfer credit card, which can help you pay off your high-interest balances during a zero-percent introductory period, without accumulating additional interest. You may also want to consider a personal loan with a lower fixed rate to consolidate debt and accelerate payoff.

Getting out of debt as quickly as possible frees up those extra funds to direct towards your growing savings or allow for more wiggle room in your budget, easing your financial burdens that much more.

Work with an advisor

If you’re not sure where to get started in abating your financial worries, a financial advisor can help you develop a plan to get on the right track.

“Having someone to look at your personal financial goals and your situation, assess your level of risk tolerance and be able to understand all of the different pressure points that you should be applying to your overall financial picture, that’s really going to ensure your best position to be set up for success,” Holbrook says.

Talking to your advisor about the concerns keeping you up at night or preventing you from taking action in your personal finances and creating an actionable plan able to withstand the next downturn can not only ease your worries now but keep them at bay in the future.

“Take that first step forward,” says Holbrook. “We want to make sure that you’re better off tomorrow than you were yesterday. It’s not all going to start at the same time and everyone is starting at a different place, but everyone needs to be met where they’re at and take that first step, however small it is and then just keep moving forward.”