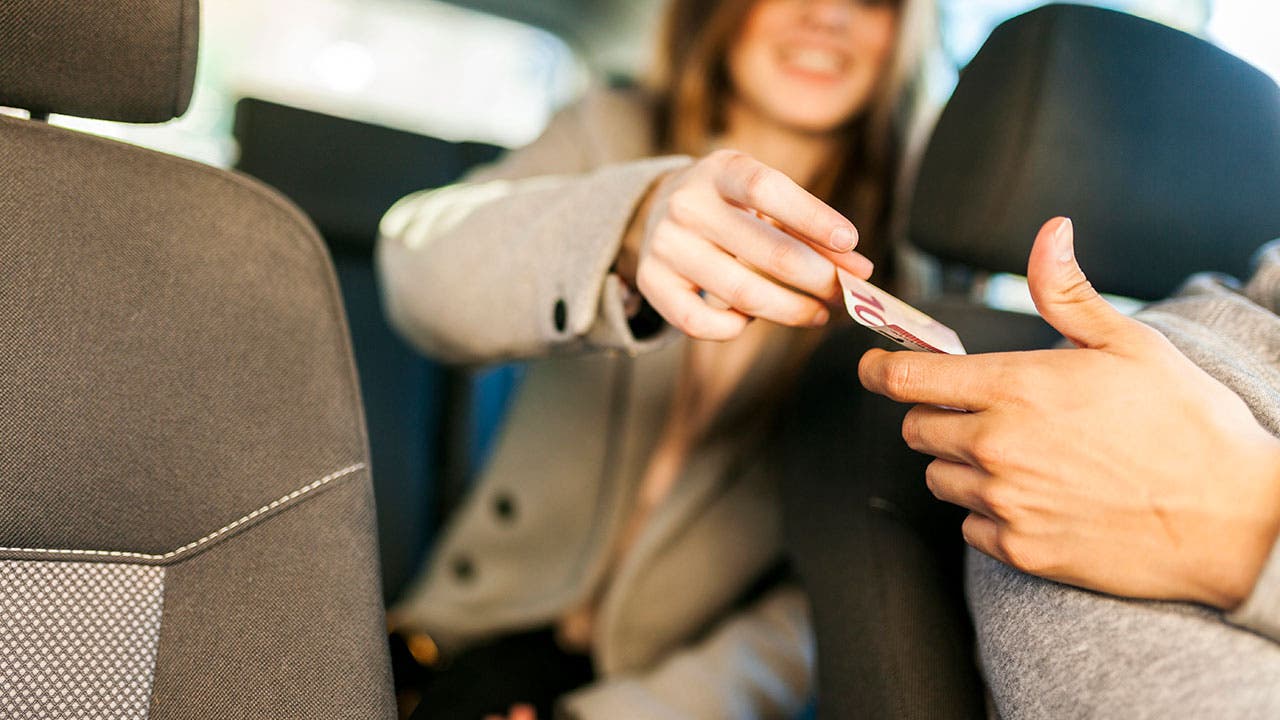 A wallet full of credit cards makes overspending easier than you think.

By the end of last year, I had spent a lot of quality time with each of my five credit cards. So much so, that when I saw my bills, my first thought was that someone must have stolen my credit cards and went on a spending spree.

Within minutes of eyeballing all of the charges on my statements, I realized that during the most stressful days, or busiest moments, pulling out a plastic card and swiping it over and over again made it far too easy for me to buy things I truly didn’t need. I spent more on holiday gifts than I usually would because I found myself in crowded clothing stores without much time to prepare or plan. I ate more meals out than I could afford to because I lost track of my monthly food budget and just put lunches, dinners, and daily coffee runs on my credit card.

When 2019 came around, I wanted to challenge myself to get better at controlling my spending and I knew the best way to do that was to stop using my credit cards.

Ditching credit cards may not work for everyone. If you can handle them responsibly and make on-time payments, you can build strong credit that will help you, say, buy a house or get a better rate on a car loan. For me, however, using cash was the best short-term way to stay on top of my budget and limit my spending.

For the entire month of January, I took all five of my credit cards out of my wallet and put them in the very back of my sock drawer. I decided that I was going to plan out a budget for the month, head to the bank, withdraw cash, and use that money and only that money for all of my spending.

I put together a budget that I planned to stick to for food, shopping, entertainment, and miscellaneous things that would pop-up during the month (from transportation costs to convenience items that I might have to pick-up here and there) and separated the cash for each inside of their own envelopes.

To stay true to my experiment, I also disabled my credit card from online websites that I use monthly for household items, groceries, or just purchases I’m too lazy to buy from the store. These websites make it easy to overspend and buy things, within seconds, that you don’t always need or budget for. For the entire month, I planned to avoid all online shopping.

As the weeks went on, a lot of my focus went on making sure that there was enough cash in the envelopes to carry me to the end of the month. Almost every night, I’d look to see how much I had left and compare it to my calendar of events for the month, upcoming purchases I knew I had to buy (or wanted to buy) and started to think about cutting back on things I didn’t need that month.

After not laying my hands on my credit cards for an entire month, here are some lessons and tips I learned from paying for everything in cash.

The toughest part of paying for everything in cash was really making sure that the budget I set for the month was realistic and accurate.

To do this, I started by looking at my credit card statements for the past four months. I picked apart how much I spent per category and factored in how much I aimed to spend, in order to save money in the month of January, and not buy things I didn’t truly need. If my food spending in October 2018 (a month without any holidays) was $650 for the month, I planned to only spend $550 in January. It made the budget realistic and challenged me to spend less.

You need to check in on your finances regularly

Just like with credit cards, having envelopes filled with cash makes spending feel easy at the start of the month. But as the weeks went on, I had to sit down with the envelopes, check-in with how much cash was left and compare it to what I thought my spending would be for the week ahead.

By week three, I noticed I had less than I wanted for an entertainment budget (set aside for activities with friends) which forced me to revisit plans I made with friends and instead, find cheaper things to do with them instead.

Since this was my first time playing the no credit card game, I was wary that I wouldn’t be able to survive the month without them. What if small emergencies came up and I needed more money for things?

To ease the worry, I decided to create an envelope with $500 in emergency money, only. That envelope was to be used only if something popped up that I needed money for as soon as possible. In the entire month, the only time that fund was tapped into was to $80 to get my cell-phone screen repaired. The rest of the money remained in the enveloped, unused.

Using cash forces you to save money

As January came to an end, I took a look back at old credit card statements and compared them to my spending for this month. Putting cash in envelopes allowed me to spend 15% less than I did in months prior with my credit cards.

I also didn’t spend every dollar from every envelope. Most envelopes had between $50-$100 left in them, except for my food envelope. That only had a mere $9.50 left which truly wasn’t a surprise.