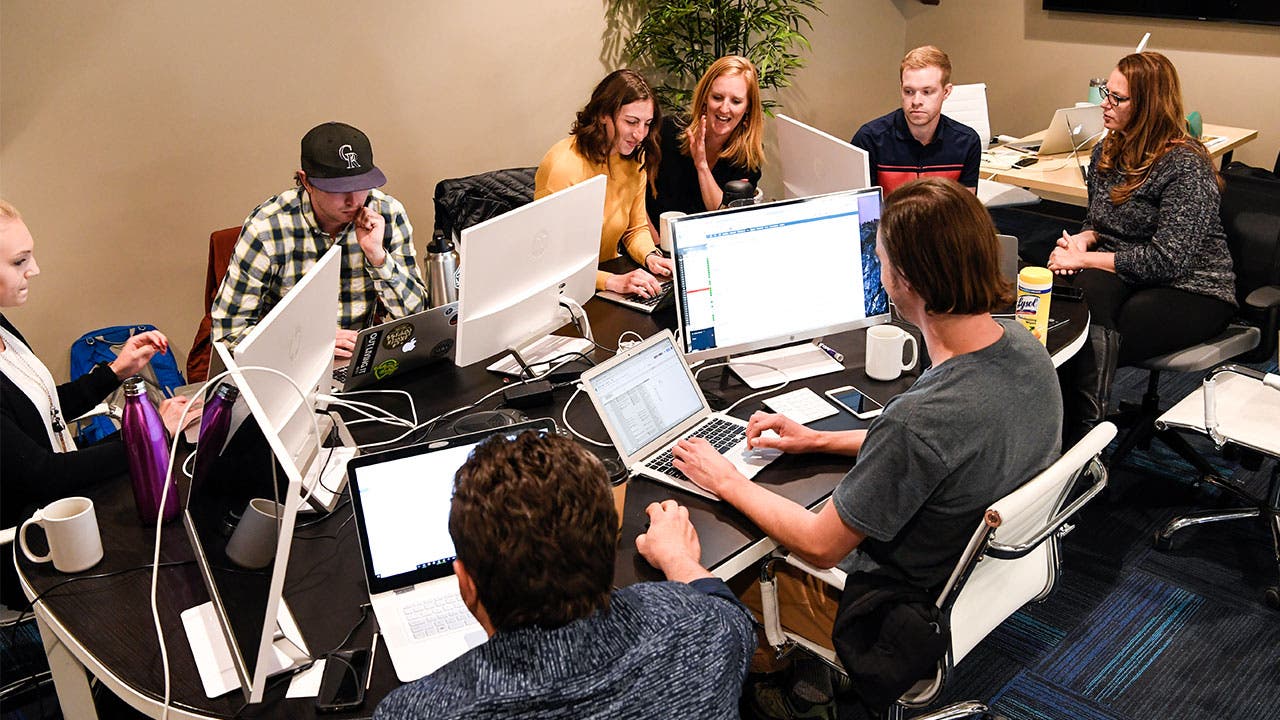 While many U.S. employers are increasing benefits for workers, data suggests the trend may be costing employees higher salaries.

A recent study by Pew Research Center found that after accounting for inflation, American workers’ wages have about the same purchasing power today as they did in 1978. In other words, real wages have barely budged for 40 years. That’s a stark contrast to the booming period between 1947 and 1966, when real wages increased by 2.4 percent annually.

While wages do make up 70 percent of compensation costs, they aren’t the only factor: 30 percent is comprised of employee benefits, according to the Bureau of Labor Statistics.

Between 2004 and 2018, employers’ cost of benefits per employee hour worked rose from $7.23 to $11.55, in part due to staggering healthcare costs that only continue to grow. Some experts speculate that real wage stagnation is a direct effect of diverting more resources to benefits, and the practice may be contributing to rising income inequality across the country.

Focusing on benefits isn’t necessarily a bad tactic for employers or employees, though.

According to a recent survey by the Transamerica Center for Retirement Research, 81 percent of workers cited retirement benefits offered by a prospective employer as a major factor in their job offer decision. Another survey by SCORE found that four of five employees would actually prefer benefits and other perks over a salary increase.

For workers whose employers provide little increase in real annual salary, competitive benefits programs could save them thousands each year, and they’re only getting better.

Here’s a rundown of a few benefits incentivized for employers that eligible employees should take advantage of to improve their financial health:

Over the past 40 years, pensions have disappeared in favor of 401(k) plans, and employers have increasingly taken advantage of corporate tax savings that come along with matching their employees’ contributions.

While the financial crisis prompted employers to cut back on matches, they’re back on the rise. After receiving corporate tax cuts earlier this year, some companies are pledging to increase their 401(k) match contributions.

As a result, not taking full advantage of these plans could be costing you thousands annually.

You should be putting enough towards your 401(k) each year to at least meet your employer’s match, but set a goal to max out your contributions each year, if possible. That means aiming to save $18,500 annually until age 50 (that increases to $19,000 for 2019), at which point catch-up contributions allow you to save $24,500.

You can use Bankrate’s 401(k) calculator to stay on track.

As employers look to save on healthcare costs, high-deductible health plan offerings with health savings account options have become more common. Employer contributions to HSAs may have decreased in recent years, but they can still be an important addition to your portfolio.

“Health savings account money is basically one of the best deals you can get,” says Scott Frank, CFA, CFP, founder of Stone Steps Financial in Encinitas, California.

An HSA is designed to offset the cost of IRS-qualified medical expenses ranging from prescriptions and imaging services to eyeglasses and counseling. You can contribute pre-tax income to an HSA and your withdrawals are tax-exempt.

Taking advantage of an HSA can help you pay off medical costs today, but you can also save the funds for expenses you incur in the future.

Even if you change plans or change employers, your HSA funds will roll over and continue to earn interest.

For employees starting families or those responsible for aging parents, dependent care benefits can be game-changing, according to Frank.

These plans are often comprised of a tax-advantaged flexible spending account for qualified costs related to the dependent’s well-being, like preschool or adult daycare.

Unlike an HSA, though, dependent care FSA funds expire if you don’t use them by the deadline.

Another major component of dependent care is paid leave, which more companies may begin prioritizing this year.

While it’s grown under the Family Medical Leave Act, employers now have additional incentive to improve their leave plans. Tax changes implemented this year incentivized employers to offer at least two weeks of annual family and medical leave while providing at least 50 percent of the employee’s salary.

Bonuses instead of raises

In addition to rising health insurance costs, one theory explaining why wages have remained static over the past few decades supposes that employers have replaced annual raises with variable wages.

For many employers, a one-time bonus is simply more feasible than the annual recurring costs of raises. According to The New York Times, variable pay made up just 3.1 percent of employers’ total compensation costs in 1991. In 2017, that number had risen to 12.7 percent.

If you receive a bonus, Frank recommends separating it from your regular bank accounts and putting it towards a larger goal, like a down payment or renovation.

“Plan ahead of time for where you want to put that money,” he says. “Don’t just spend it because you have it. Mindfully go put it in your life in a way that’s either going to move your life forward or bring you joy.”

While some employee benefits have a direct impact on your financial plan, others have a smaller monetary value but can increase your quality of life.

With the rise of cloud computing and teleconferencing, there’s less need for office workers to be physically present in the office for traditional work hours.

Negotiating flexible work hours, ranging from remote work to simply adjusting your start time to avoid rush hours commuting, can leave a few extra dollars in your wallet and free up your calendar.

The returns are abundant for employers, too. According to a recent survey by FlexJobs, 66 percent of workers believe they would be most productive in a home office, citing fewer interruptions and distractions (76 percent), reduced stress from commuting (70 percent) and quieter noise levels (62 percent) for their productivity increase.

Many benefits don’t necessarily add to your take-home pay the way a salary increase would, but they may add to your overall financial health by helping you save over time.

Depending on your location, commuter benefits, like subsidized public transportation or commuter transit FSAs can make a significant difference in your transportation spending throughout the year.

Some employers have also added health and wellness benefits to their offerings. These can range from in-office wellness initiatives to discounts at local gyms. If you pay hundreds each year for your gym membership, this can offset at least some of your monthly payment or annual fee.

While tax cuts have recently incentivized employers to invest in their employees’ benefits packages and variable pay, there is still a way to go before real wages see the same growth they once did.

In the meantime, take full advantage of your employer’s offerings to help ease the burden.