As the coronavirus pandemic spurs a migration of skilled workers out of pricey metro areas, a growing number of cities and states are recruiting new homeowners and even renters the old-fashioned way — by bribing them.

Baltimore, Topeka and Tulsa are among the places paying bounties of up to $15,000 to lure remote workers to town. Three cities in West Virginia just began dangling bounties of $10,000 or more. The states of Maine and Alaska also dangle incentives for new residents. The programs predate COVID-19, but they’ve gained momentum in recent months.

Video game designer Tyler Jaggers is one taker. He lived in Silicon Valley for years, and he dreamed of buying a house there. But Jaggers feared homeownership was far out of his reach in San Jose, where the typical home fetches more than $1 million.

“The cheapest homes I could find were $600,000, and those were teardowns,” Jaggers says.

Last September, as the coronavirus pandemic raged and wildfire smoke darkened the skies above California, Jaggers joined an exodus of skilled workers leaving the nation’s most expensive cities.

While many migrants are moving to Texas, Florida and Utah, Jaggers decided on a different path. He took his talents to a Midwestern city with cheap housing.

In October, Jaggers paid just $47,000 for a house in Topeka, Kansas. He had been saving for a down payment on a place in Northern California, and the price of the Topeka home was so modest that Jaggers bought it outright, with no mortgage.

Jaggers marvels that despite the bargain price, the property boasts plenty of room.

“It’s literally a three-story house, with a basement, plus two stories of living space and an attic,” he says. “It has a full back yard, with a firepit, and an external garage.”

Jaggers had no particular ties to Topeka, but he was drawn by its property prices. The typical house in Topeka sells for $125,000, barely a tenth the median price in Silicon Valley.

Sweetening the pot was Choose Topeka, a program that offers up to $10,000 to remote workers who move to town and buy a house. Those who rent rather than buy can get up to $5,000.

Jaggers applied for the program and was quickly accepted. He received $10,000 soon after he moved, spending the money on roof repairs.

By spurring a new wave of remote working, the coronavirus pandemic caused many Americans to examine their housing costs.

“Once the pandemic began, remote work took off,” says Bob Ross, senior vice president of marketing and communications at the Greater Topeka Partnership, which runs the Choose Topeka initiative. “Everybody’s reconsidering why they live where they live.”

‘A no-brainer’ move to Topeka

Some 40 people have moved to town through the Choose Topeka program. The new arrivals’ wages average $80,000, Ross says. That’s high for Topeka, where the median household income is $50,761, according to census data.

Ross sees the program as a way to level the economic playing field. In recent decades, ambitious workers flocked to Boston, New York, Seattle and San Francisco in pursuit of high-paying jobs, leading to a brain drain in many far-inland cities.

As for the high-paying hubs hoovering up all the talent, home prices in those cities soared as housing demand from new arrivals far outpaced the supply of homes. Now, Ross says, lower-priced housing markets act as a “pressure release” for pricey coastal markets.

While $10,000 by itself might not be enough to pry a skilled worker from a tech hub, Ross says the incentive helps — partly by showing tech workers that Topeka really wants them.

Jaggers says he’s happy with his move, even if he did arrive just before a cold winter. He has connected with other game developers in town and enjoys the much lower cost of living.

Jaggers missed out on one blandishment. Choose Topeka offers $1,000 worth of Jimmy John’s deliveries to new arrivals who live within a mile of the sandwich shop, but his house is outside those boundaries.

What cities and states are offering

Looking to open a bidding war for your talents? Here’s a sampling of state and city incentive programs:

The awards come with a few caveats and some fine print. Rules vary from place to place. Some of the recruiting pools are funded by nonprofits, others by state or local governments.

In West Virginia, for instance, you’ll have to pick up your monthly incentive check at the local co-working space, presumably to make sure you’re really there. In Natchez, you’ll have to buy a home worth $150,000 to qualify for the city’s $6,000 incentive. In Newton, getting a $10,000 bonus requires buying a home for at least $180,000.

MakeMyMove.com has compiled a list of incentives, but the programs are a moving target. The state of Vermont, for instance, reports that it has spent all of its money to recruit out-of-state workers. The Geek Move initiative in Chattanooga, Tennessee, also is on pause.

What’s more, the most desirable incentives are intensely competitive. Tulsa Remote, for instance, has received more than 20,000 applications since it began offering incentives in 2018.

Jaggers, the game designer in Topeka, says friends and coworkers in Silicon Valley questioned the wisdom of his move. But he says he hasn’t missed a beat professionally. “There’s a scene for whatever you’re into,” he says, “in any town.”

Working remotely? Some cities, states will pay you to move in 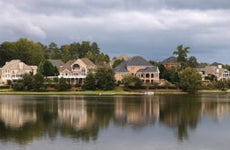 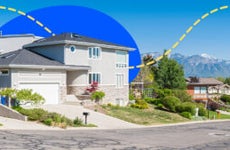 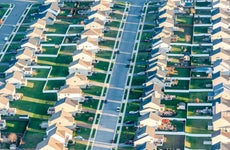