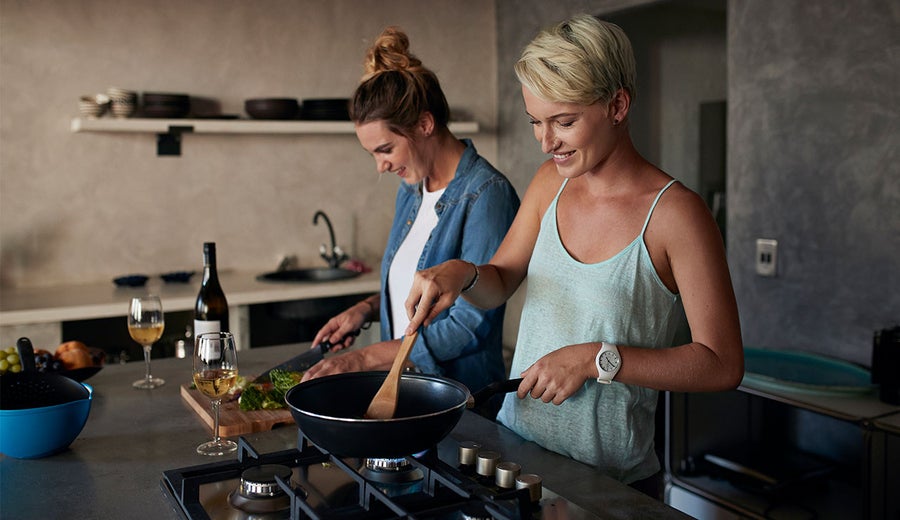 Homebuyers sitting on the sidelines waiting for housing prices to backslide might be waiting longer than expected, according to experts. Although the high price of housing in many parts of the country seems to signal a possible bubble, the usual signs — like oversupply, an uptick in investors and loose credit standards — are not there.

The strong demand for housing coupled with a supply shortage is spurring home-price growth rather than speculative buying. A speculative buyer purchases a home with the intention of selling for profit, which played a role in the housing crisis, says Michael Neal, a senior research associate at the Urban Institute.

This is a good thing for people who are worried that home values are going to nosedive. An Urban Institute analysis of recent housing price index data from Black Knight concluded that today’s housing demand is primarily coming from people who plan to live in the home, not real estate investors.

“The investment piece of the (index) is shrinking quite dramatically,” Neal says. “It explains why house-price growth has slowed. It stands in contrast to the housing boom when investors were driving up home-price appreciation.

“You see the same thing when you look out West — that investment piece has declined, as well. It’s actually slightly negative, so it’s detracting from housing prices.”

Supply isn’t keeping up with demand

The supply shortage also gives cover to home values, as there are still more buyers than homes on the market. And that naturally drives up prices.

Despite housing starts of new homes rising in April, there continues to be a shortage of single-family units, says Joel Kan, associate vice president for industry surveys and forecasts with the Mortgage Bankers Association.

“On an annual basis, we’re about 300,000 to 330,000 units short,” Kan says. “If you think about the early 2000s and through the crisis, we had price appreciation that outpaced income growth. And we had overbuilding in many markets. When there was a price correction, there was still inventory and demand lessened; that’s the perfect storm,” Kan says.

Today’s market is very different, though. Builders are mostly focusing on the high-end market, leaving entry-level homebuyers with limited options.

Although cooling home prices and waning bidding wars are a welcome reprieve from last year’s housing frenzy, entry-level buyers still face a market with limited options. That means home prices aren’t likely to stop growing anytime soon. Couple this with a tighter credit market and stricter borrowing guidelines, and the looming threat of a housing bubble is unlikely.

“We could loosen lending standards and still be within very reasonable 2001 to 2003 levels,” Neal says.

Mortgage products and lenders’ appetite for risk have become more conservative since the housing crash.

Unlike the lead-up to the housing crisis when subprime loans were being made to many borrowers who didn’t have the ability to repay, the landscape has tightened considerably in recent years through stricter federal lending regulations. As a result, fewer homeowners are defaulting on their loans today. Foreclosure rates sunk to the lowest level in March for any month in the past 20 years, according to data from CoreLogic.

Qualified mortgage, or QM, standards put into place by the Consumer Financial Protection Bureau, or CFPB, mitigate risk from once-dicey mortgage products like adjustable-rate mortgages, or ARMs. The CFPB put caps on the variable interest rates on ARM products after they reset so that borrowers’ payments can’t jump too high over a short period of time.

While there might be more pronounced fluctuations in certain metro areas, a nationwide housing bubble is doubtful, Kan says. Today’s housing demand is fueled by a strong economy, low unemployment and solid household formation. The sustained growth in housing might even be more impressive if the supply were greater but, instead, home prices have grown.

“Housing is still getting tailwinds from low rates and the strong economy,” Kan says. “We’ve already seen home prices start to break, but they’re still going up, just at a slower pace.”

As of March, U.S. home-price growth has fallen for the past 12 months and is now at its lowest level since September 2012, according to the latest S&P CoreLogic Case-Shiller’s national home price index. Despite the cooling market, Kan predicts home-price growth to continue into 2020, easing fears that today’s homebuyers will lose money next year.

“Our expectation is for prices to grow between 3 percent and 4 percent. So even if someone were to buy now, generally, we’re going to see some home-price growth next year,” Kan says.

Buying a house now can help you later

Although it can be a challenge to find affordable housing, there are still good reasons for homeownership, Neal says. First, homeowners get the benefit of having a consistent housing bill each month for the life of their mortgage. And the longer homebuyers stay in their house, the more money they’ll likely save in rising rent down the road.

A stable housing payment with a fixed-rate mortgage can shelter you from the inflation that renters have to pay, something called shelter-cost inflation. Average rents have grown about 1 percent over the past two months, the fastest pace of growth in nearly two years, according to data from Apartment List’s National Rent Report. Over time, those increases add up for renters.

However, not all areas are better for buyers, Kan says. In fact, it’s cheaper to rent, on a monthly basis, than it is to buy a home in nearly 60 percent of the nation’s major metro areas. There are a few markets where the opposite is true like Detroit, Cleveland and Philadelphia, but those areas are the exception to the rule.

If you’re thinking of buying a home, it’s important to ask yourself why you want to purchase a home and how long you plan on staying in it, Kan says. Selling a home soon after a purchase can be a bad financial move because selling fees are costly. Homeowners can easily lose money if they don’t stay in the home long enough to recoup their initial closing costs and see homes values rise.

On the other hand, people who buy homes at a younger age (in their 20s and 30s) and stay in them have more time to build significant equity and sidestep rising housing costs, Neal says.

Everything considered, the country is still struggling with affordable housing, but fears about an imminent housing bubble is one thing homeowners seemingly don’t have to worry about. If you’re thinking of buying a home soon, your real estate agent can run an analysis on where home values have been — and where they’re going — to help instill confidence that your investment is a sound one.