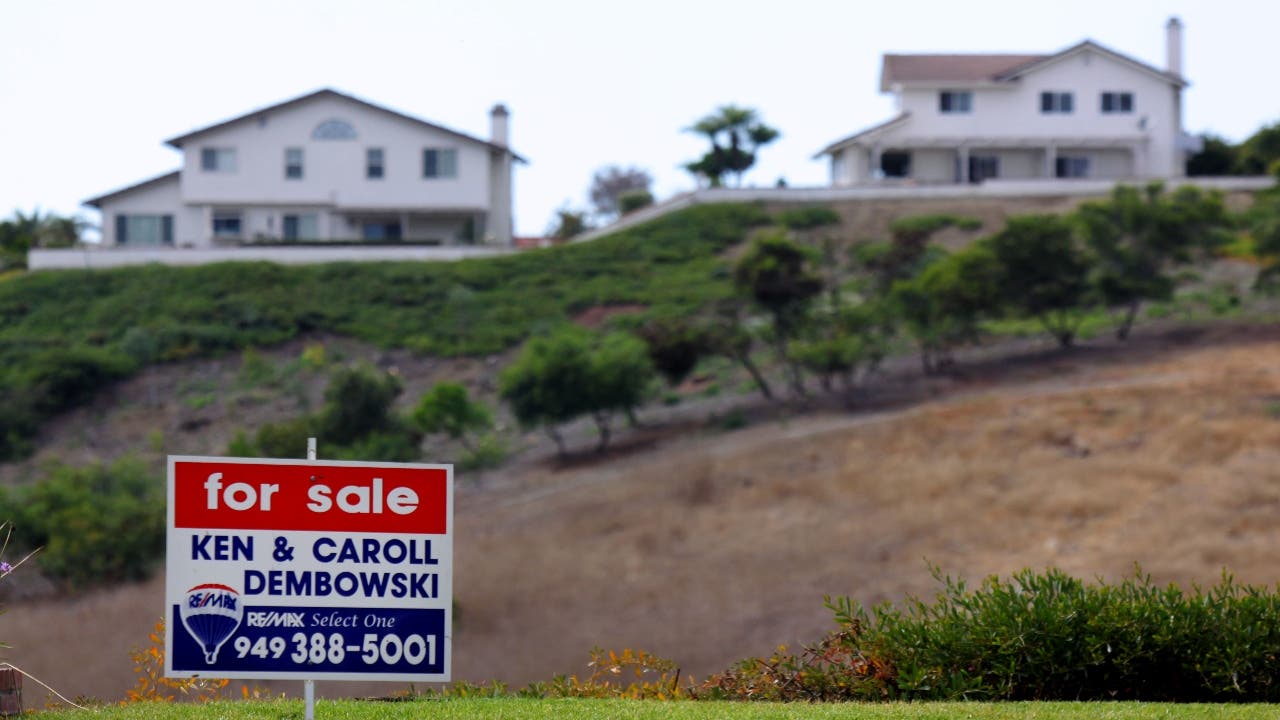 By taking money out of Americans’ paychecks, the coronavirus delivered yet another blow to housing affordability.

The National Association of Home Builders (NAHB) estimates that median family income for 2020 will fall to $72,900 from $75,500 in 2019. “You have a sudden stop for the economy, which means for a lot of buyers, their budget available to buy a home has drastically changed,” says Robert Dietz, NAHB’s chief economist.

As a result of that pay cut, it’s getting harder for Americans to buy homes. Some 61.3 percent of homes sold during the first quarter were affordable to families earning a typical income during the first three months of the year, down from 63.2 percent in the fourth quarter of 2019, according to the NAHB/Wells Fargo Housing Opportunity Index.

The builders’ index looks at three variables — incomes, home prices and mortgage rates. The affordability study shows nationwide home prices have barely budged in recent months. The median ticked up from $279,000 in the fourth quarter of 2019 to $280,000 in the first quarter of 2020.

Meanwhile, average mortgage rates fell to 3.61 percent in the first quarter from 3.78 percent in the fourth quarter. Rates have fallen even lower, to 3.55 percent now, according to Bankrate data.

While stable prices and falling mortgage rates created tailwinds for affordability, there’s a major headwind — a massive round of layoffs. The U.S. jobless rate soared to 14.7 percent in April, and more than 33 million Americans have filed for unemployment benefits since March 13.

Affordability grew less favorable at the beginning of this year, but the picture still looks better than 2018. Mortgage rates were higher then, and less than 60 percent of homes sold in the U.S. were in reach of families earning the national median income.

“Even though we’ve had a dip in housing affordability, it’s not a particularly big one,” Dietz says.

Home prices and incomes vary widely, and there are oases of affordability, mainly in the Rust Belt and Midwest. The top five most affordable among metro areas with population of 500,000 or more:

Scranton-Wilkes Barre-Hazleton, Pennsylvania: Wages here are below national levels, but so are home prices — the median sale price was just $113,000 in the first quarter of 2020. As a result of rock-bottom prices, fully 91 percent of all new and existing homes sold in the first quarter were affordable to families earning the area’s median income of $66,600, NAHB says.

Indianapolis-Carmel-Anderson: Thanks to a thriving health-care sector, wages in Indianapolis are a bit above average, while home prices are below average. With a median family income of $76,200 and a median home price of $168,000, some 89.7 percent of homes were affordable for typical earners.

Harrisburg-Carlisle, Pennsylvania: With a median family income of $79,000 and a median home price of $163,000, fully 89.6 percent of homes were in reach of median-income families.

Toledo, Ohio: This lakefront city has a median family income of $66,800 and a median home price of just $116,000. As a result, 88.7 percent of homes were affordable for typical earners.

Albany-Schenectady-Troy, New York: The Capital Region’s above-average median income of $92,200 meant the median-priced home of $190,000 fell within the budgets of 87.5 percent of buyers.

San Francisco-Redwood City-South San Francisco: Incomes are high here — the median is $129,200. Prices are even higher — the typical home went for $1.33 million in the first quarter. That translates to just 8.9 percent of homes sold during the first quarter falling in the range of affordability for families earning the area’s median income.

Los Angeles-Long-Beach-Glendale: In a market with a median home price of $638,000, LA’s median income of just $70,600 doesn’t go far. As a result, only 10.4 percent of homes were affordable for typical families.

Anaheim-Santa Ana-Irvine: Orange County’s incomes are high: The typical family makes $94,600 this year. But home prices are higher, at a median of $751,000. That means just 12.6 percent of homes are in reach for average families.

San Diego-Carlsbad: San Diego has a median family income of $86,100 and a median home price of $585,000, translating to just 20.5 percent of homes falling in the typical buyer’s budget.

Oxnard-Thousand Oaks-Ventura: Ventura County’s median family income is a healthy $90,900, but the typical home sold for $585,000. That meant 22.4 percent of homes sold were affordable.