Should fear of the next recession keep you from buying a home? 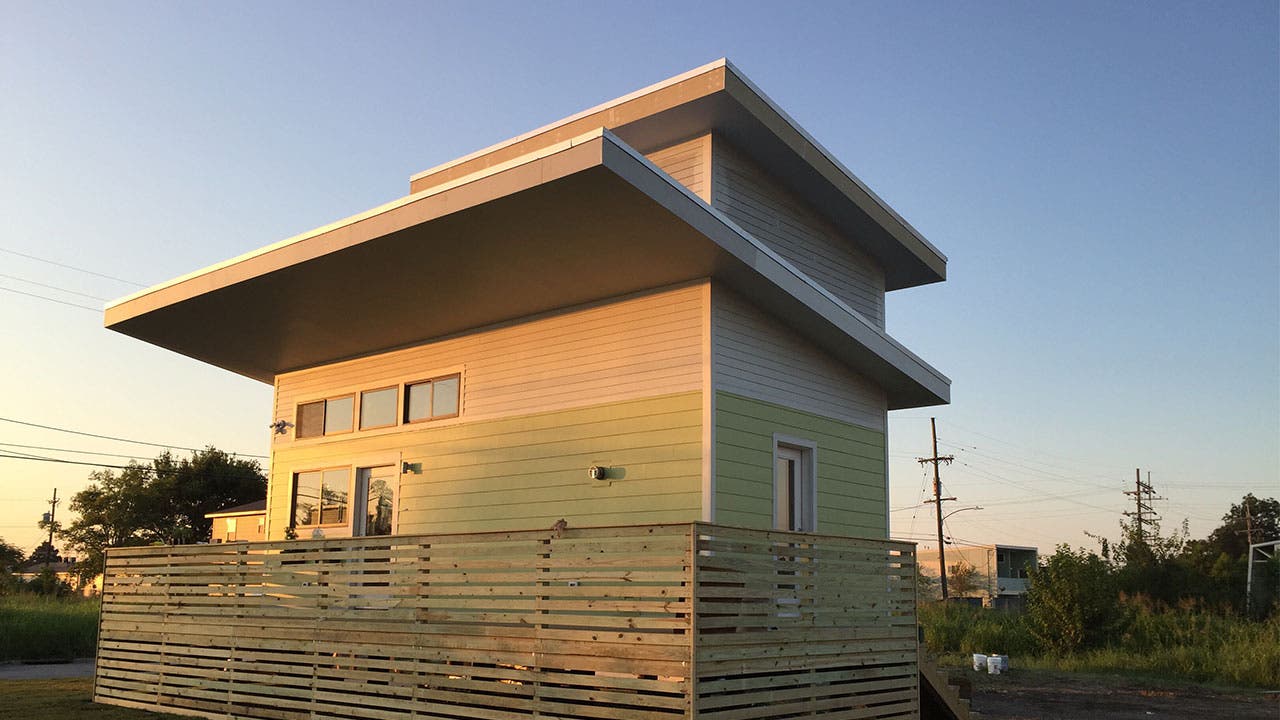 The economy is going strong, but all good things must end. In the next 12 to 18 months, economists predict that the good economic times will recede and America is likely to slip into another recession.

Of course the consensus might be wrong. And few economists expect a new downturn will be as severe as 2008, if history is any guide. However, a slowdown or decline in economic growth will still impact the financial futures of millions.

The lingering memories of losing your home, or watching your neighbors or parents lose theirs, could have you second-guessing a home purchase of your own in the next year or two.

But should you let fear of the next recession scare you away from the housing market?

What will happen to the housing market during the next recession?

During the 2008 recession, the housing market crashed. In the years prior to what’s been called the Great Recession, subprime mortgages made buying a home accessible to almost anyone, including those who couldn’t afford to.

As a result, there was a boom in homeownership and mortgages with little or no money down. As real estate prices declined dramatically, homeowners quickly found themselves “underwater” on their mortgages, meaning they owed more than the homes were worth.

Struggling to keep up with payments they couldn’t afford amid massive layoffs and a stock market crash, millions of Americans began to default on their mortgages. It’s estimated that 9.3 million homeowners went through foreclosure or lost their homes.

Some analysts argue that concerns over another housing market crash during the next recession are overblown.

Laurie Goodman, founder and co-director of the Housing Finance Policy Center at Urban Institute, says it’s unlikely the housing market will crash again in an economic downturn. “Home prices aren’t expected to drop any time soon,” says Goodman. “In the past four recessions, they actually only dropped during one of them.”

Greg McBride, chief financial analyst at Bankrate, notes that “anything goes” lending practices were a big part of why the last recession crushed the housing market. Today, there are stricter regulations in place under the Dodd-Frank Act to make sure this doesn’t happen again, though the Trump administration has pledged to repeal it.

Goodman also notes that delinquencies are at a low, showing that homeowners are in good financial positions. According to the Federal Reserve, mortgage delinquencies fell to 3.25 percent in the second quarter of 2018, after peaking at over 11 percent in 2010. That’s the lowest since the last quarter of 2007, just before the meltdown commenced.

Pros of buying a home during a recession

If you’ve been planning to purchase a home, you may be discouraged by weaker economic times. But there are benefits to buying real estate during a downturn:

A down market is a buyer’s market. Houses that hit the market during a recession might be from sellers who can no longer afford their mortgages or are in need of liquidity. This urgency to sell tips the market in the buyer’s favor, says McBride.

When supply exceeds demand, buyers can have an easier time negotiating and prices may moderate or fall.

Sellers may be more motivated

For people struggling financially, selling their home might be a last option before facing foreclosure. Because of this, turnaround on a home purchase could be quick — and, potentially, at a good price for the buyer.

“Most homeowners would rather trade their equity in their home to sell quickly than to go through foreclosure and ruin their credit for seven years,” says Shawn Breyer, owner of Breyer Home Buyers in Atlanta. “With this in mind, solving people’s problems allows you to get houses for a reduced amount of money during a recession.”

Cons of buying a home during a recession

You may have to wait a long time for appreciation on a home purchased during a recession. If you buy a short-sale or foreclosed home, you may get a deal but there are additional disadvantages:

Jessica Whiffen, licensed realtor with Premier Sotheby’s International Realty in Naples, Florida, says buying during a recession can bring the opportunity to snag a great bargain — but warns that it also brings financial risks. One is less wiggle room with negotiation.

“You are not in a traditional negotiating situation, where the buyer is on one side of the table and the seller is on the other,” says Whiffen. “It is more like a triangle, in which the seller is the middle-man, and doesn’t have much say. You are essentially only negotiating with the bank.”

Whiffen recommends you do your research beforehand — comparing the price of the home to other recent sales in the neighborhood can be a good indicator of property values.

During a short-sale or foreclosure, Whiffen says most banks are selling properties “as-is,” meaning they are unlikely to offer additional credits or make repairs for problems that may arise during inspection.

“Very rarely will the financial institution who has sanctioned a short-sale or who is facilitating a foreclosure give you any help when it comes to materially defective items,” Whiffen says. “Buyers are always out there, properties are not.”

When economic times are tough, it can be more difficult to obtain a mortgage. Lenders may have stricter requirements for approval, such as higher credit score requirements or larger down payments.

Find out how much home you can afford with Bankrate’s home affordability calculator.

In declining markets, more investors look to purchase homes and use them as rental property, hoping to sell when prices recover. Breyer notes that it’s hard to compete with these investors because they usually pay in cash.

“Homeowners know that selling to someone who needs lender approval could take months while selling to an investor for cash could get them out of a property in weeks,” says Breyer. “Know that it’s not always about the money. Talk to the selling agent and see if you can offer any other terms that would make the sellers consider your offer over an investor.”

You might be thinking now could be an opportune moment to purchase a house and rent it for passive income. McBride warns that it won’t be easy.

Rentals can be “capital intensive,” meaning they require cash for transaction costs, down payment, taxes, insurance, upgrades, maintenance, repairs and allowing for the occasional vacancy. If you don’t have those funds on hand, it’ll be hard to maintain your investment.

Who benefits the most while buying a home during a recession?

McBride notes that buying a home during a recession depends on how much risk you’re willing to take.

“It takes nerves of steel to sign up for the largest financial commitment you’ve ever had at a time when the economic outlook is bleak, unemployment is rising, and fear and pessimism are rampant,” says McBride.

Those who work in industries that are most vulnerable to economic downtown should think twice before buying a home during a recession. Getting laid off and being unable to afford a monthly mortgage jeopardizes your financial future.

The bottom line is if you have the patience, savings and overall financial health to weather weak economic times, don’t let the next recession (or fear of one) come between you and your housing needs.