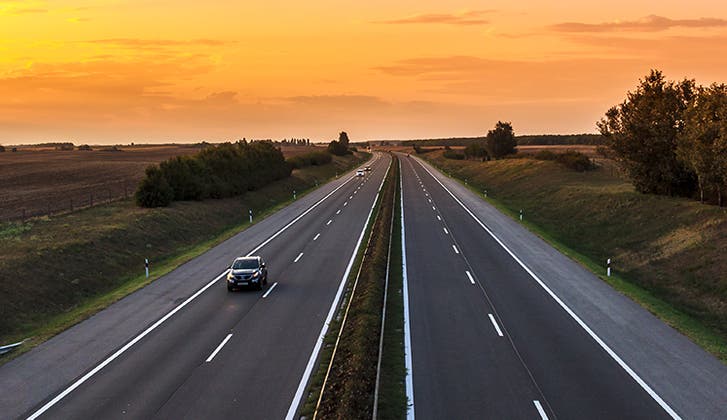 The amount of auto debt is once again rising for many American consumers, and at a rate that is dramatically higher than inflation in most cases.

Bankrate analyzed government data on car loans and found some interesting trends. We then turned to auto analysts to explain why consumers are taking on greater amounts of auto debt, and if there’s a cause for concern.

Auto analysts agree that this rise in auto debt is the result of Americans replacing their aging cars with newer models. The average age of cars grew from 10.1 years in 2007, as the recession was just beginning, to 11.3 years in 2012, according to the Bureau of Labor Statistics.

“Essentially, the Great Recession sent the automotive industry into a tailspin, and it has taken years to recover,” says Cheryl Russell, a demographer and the editorial director of New Strategist Press.

What’s more, while on a steady upswing, carmakers are still recovering. “Although the $918 million in auto debt in Q2 of 2014 is higher than any quarter back through Q1 2008, it is lower than the outstanding amount prior to the Great Recession,” Russell says. “In Q3 of 2005, for example, outstanding auto debt was $1.06 trillion in 2014 dollars.”

According to the most recent data broken down by state from the Federal Reserve Bank of New York, a handful of states posted major jumps in auto loans per capita from 1999 to 2012. In only a few cases, states posted lower per capita auto debt over the period.

Check out Bankrate’s analysis on the growth in per capita auto debt and car loan delinquency by state.

One reason that auto loans aren’t rising even faster is that the economy is still weak in many areas. “If the on-road car fleet is still relatively old but people are continuing to live on a tight budget, the only way many of them can buy a new car is to use low-cost financing methods, which includes leasing and longer loan terms,” says Karl Brauer, Kelley Blue Book’s senior director of insights.

Indeed, interest rates on car loans dropped from 5.5 percent in 2008 to 4.2 percent currently, while the average loan term increased from 64 months to 68 months over the same period, according to Morgan Hansen, senior analyst with ALG, the analytics arm of TrueCar.

Even with the economy still recovering, the per capita amount of car loans is still increasing, even as inflation has not been a major factor. The 2012 auto debt per capita in most states (the latest federal data available) increased from 15 percent to 60 percent faster than the inflation rate.

“The state-by-state variations are due to the economic well-being of state residents as well as the age of their vehicles,” Russell says.

High percentage changes in auto debt can be attributed to two factors: either a stronger-than-average economy or a lower-than-average household income in those states.

“The economies of North Dakota, Nebraska and Hawaii are booming relative to most other states, boosting consumer confidence and making residents of those states willing to take on more debt to upgrade their aging vehicles,” Russell says.

“Mississippi is the poorest state, and West Virginia also ranks low in median household income — 43rd in 2012. Consequently, household vehicles are likely older than average and more would require replacing. Thus, the higher than average increase in auto debt,” she says.

Low percentage changes in auto debt can be attributed directly to the economy, Russell says. “Both Michigan and Rhode Island are struggling economically. Rhode Island is the only state that lost population between 2010 and 2013. Michigan grew by only 0.2 percent. The uncertain economy in both states would explain the unwillingness of households to buy new cars and take on debt,” she says.

Now, with rising auto debt and the increasing use of longer-term car loans and higher rates of subprime borrowers, ” it sounds a lot like what got the U.S. economy in trouble six years ago,” Brauer says.

Should we be concerned?

“It’s something to keep an on eye because everything from lease rates to incentive rates to loan lengths are at a level we haven’t seen since before the recession,” Brauer says, “but car loans aren’t as large as home loans, and they don’t have nearly as much potential to damage the economy if default levels increase.”

Tara Baukus Mello is a full-time automotive writer, who has been published regularly since 1987. With over 3,500 articles published, her work has appeared in such publications as The New York Times, Autoweek, Woman's Day, Parade, Automotive News, Woman's World and Westways, as well as on cNet.com and Edmunds.com. She is also the author of 10 nonfiction chapter books for children, seven of which are on automotive topics. A passion for automobiles brought her to Petersen Publishing (now part of SourceInterlink), where she was the editor of the special interest publications in the automotive performance group, producing a new magazine every three weeks. More recently, she was the former news anchor for Motor Trend Radio, writing and recording the show's twice-weekly broadcasts. Originally from Cape Cod, Mass., Tara graduated cum laude from Harvard University. She and her family reside in the Los Angeles area, where she enjoys cruising year-round in the '32 Ford street-rod pickup that she built with her father in 1992.