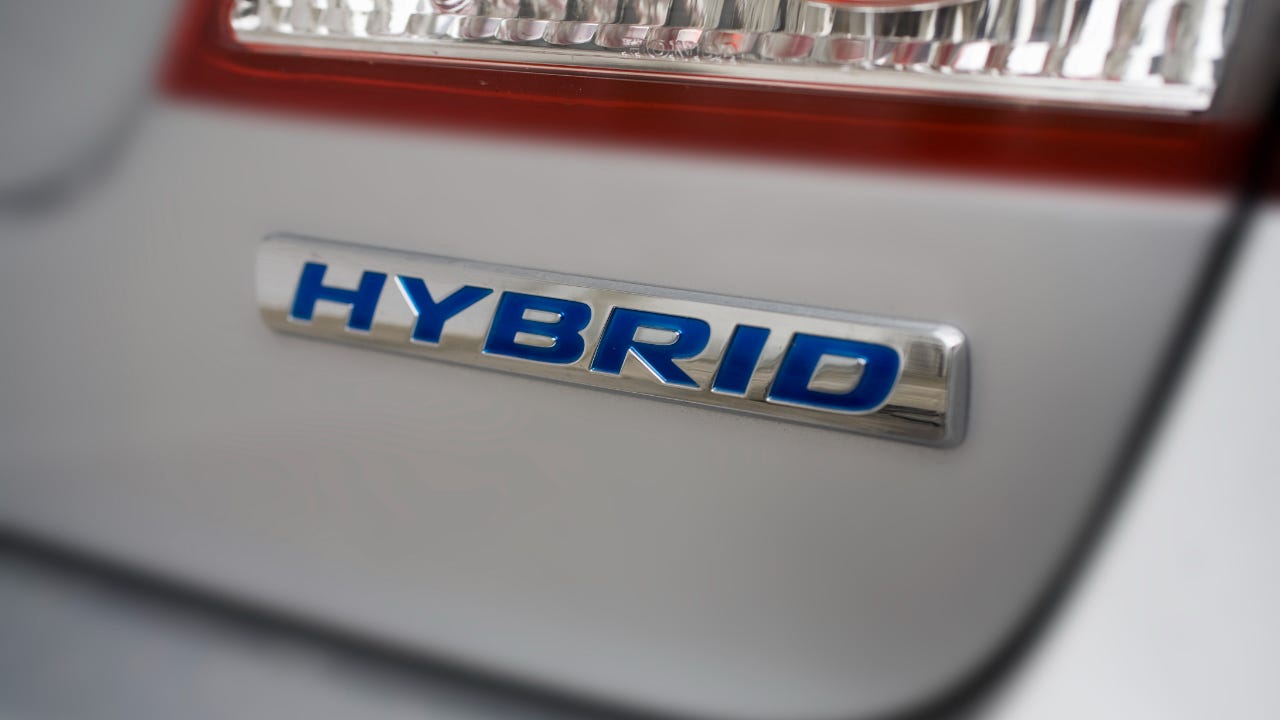 If you’re in the market for a new vehicle, you might be thinking about an entirely new approach to driving that involves fewer — or no — trips to the gas station. As more car manufacturers unveil new electric-powered models, drivers are pondering making the switch. Data from the Pew Research Center shows that nearly 40 percent of Americans are at least somewhat likely to consider an electric car the next time they get something new for their garages.

If you’re in that crowd, there’s a bigger question you’ll need to answer. Should you leave some room for gas or go all-in on electric? Compare the upsides and downsides of hybrid versus electric vehicles before you head to the dealer.

How to choose between a hybrid and EV

There is no right or wrong answer when you are choosing between a hybrid versus electric. Instead, you need to think about a wide range of factors, including where you live, what you currently spend on gas, how committed you are to reducing your carbon footprint and more.

Hybrid models are commonly referred to as PHEVs, which stands for plug-in electric vehicles. These can use either gas or electricity as a power source. If you’re considering a specific hybrid model, one of the best places to start is with the U.S. Department of Energy’s plug-in hybrid calculator. You can share some information on your driving habits and your home power setup to get an estimate of your annual fuel and electricity costs and estimated number of trips to the gas station.

If you’re planning to ditch gas entirely with an EV, you’ll have plenty of choices to consider. From traditional car manufacturers to new names like Lucid and Rivian, the entire auto world is trying to develop all-electric cars that can accelerate the energy transition. “If you are OK with planning your routes in terms of mileage and have a charger at home or work,” says Ronald Montoya, senior consumer advice editor at Edmunds, “you’re the ideal candidate for an all-electric vehicle.” To get a sense of where charging stations are currently located, start with the Electrify America map.

As you look at the numbers from the plug-in hybrid calculator, here’s a rundown of the major pros and cons of hybrid vehicles.

Even ideal candidates will need to weigh the benefits and drawbacks of purchasing a new electric vehicle.

Whether you decide to buy a hybrid or electric car, you’re going to need plenty of money to buy a new vehicle right now. Since prices are at record highs, it’s even more important to take your time and consider what suits your lifestyle better. You might not want to take too much time, though. Auto loan rates are projected to increase throughout 2022, so compare your options today to see if you can lock in a competitive deal on financing for your new car.

Read more From David
David McMillin is a contributing writer for Bankrate and covers topics like credit cards, mortgages, banking, taxes and travel. David's goal is to help readers figure out how to save more and stress less.
Edited by
Rhys Subitch
Auto loans editor