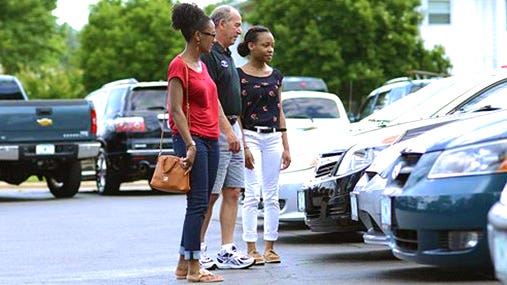 Parents want to keep their teen drivers safe when they get behind the wheel. While the best safety technology is typically in the newest cars, most teens don’t drive new cars, and parents are often faced with buying them a used car. With that in mind, the Insurance Institute for Highway Safety developed these tips for parents when selecting cars for teen drivers.

Compare auto rates in your area

<p>Tara Baukus Mello is a full-time automotive writer, who has been published regularly since 1987. With over 3,500 articles published, her work has appeared in such publications as The New York Times, Autoweek, Woman's Day, Parade, Automotive News, Woman's World and Westways, as well as on cNet.com and Edmunds.com. She is also the author of 10 nonfiction chapter books for children, seven of which are on automotive topics.</p> <p>A passion for automobiles brought her to Petersen Publishing (now part of SourceInterlink), where she was the editor of the special interest publications in the automotive performance group, producing a new magazine every three weeks. More recently, she was the former news anchor for Motor Trend Radio, writing and recording the show's twice-weekly broadcasts.</p> <p>Originally from Cape Cod, Mass., Tara graduated cum laude from Harvard University. She and her family reside in the Los Angeles area, where she enjoys cruising year-round in the '32 Ford street-rod pickup that she built with her father in 1992.</p>