Skip to Main Content
3 min read Published June 27, 2022
Written by
Josephine Nesbit
Written by Josephine Nesbit
Josephine Nesbit is a former contributor to Bankrate.
Josephine Nesbit
Edited by
Rhys Subitch
Edited by Rhys Subitch Auto loans editor
Rhys has been editing and writing for Bankrate since late 2021. They are passionate about helping readers gain the confidence to take control of their finances by providing clear, well-researched information that breaks down otherwise complex topics into manageable bites.
Rhys Subitch

A car lease is a type of auto financing that allows you to drive a car, truck or SUV for a predetermined length of time and number of miles. While most leases are for three or more years, a short-term car lease allows consumers to lease a vehicle for a few months up to two years. These types of leases are less common but can be a good option if you need a vehicle for a brief period.

What a short-term car lease is

A short-term car lease is an agreement is very much like a typical car lease except that it offers a much shorter term. While there’s no official rule that stipulates the exact length of a short-term car lease, most experts say it’s 24 months or less. The traditional car lease typically comes with a three-year or four-year contract. For some, the traditional car lease length is longer than they want to commit to a particular vehicle, making the short-term lease a viable option. For instance, if you have a temporary need such as traveling out of town for work, or you simply want to test drive a car for a short period of time.

Because the term is shorter than a traditional lease, monthly payments are typically higher for this type of contract. And even though it is short-term, these leases still typically require paying sales taxes and fees in many states.

There are several short-term car lease options to choose from, all with their own advantages and drawbacks.

You can do this for a few months. Most auto manufacturers will allow another person to take over a car lease from the original lessee who wants out of their contract.

While this transaction can be done between two individuals, it’s easier to use a third party, such as SwapALease or LeaseTrader, because they specialize in pairing current lessees with those looking for a short-term car lease.

Getting a short-term lease through a lease transfer allows you to avoid having to make a down payment. The monthly lease payment would be the rate that the original lessee negotiated for when they started their lease term.

2. Get a long-term rental

Many rental car companies also offer long-term rentals, which are effectively short-term or sometimes called “mini leases.” This approach has some pros and cons to consider.

You can also take out a traditional car lease but for a much shorter term. However, the shorter the car lease, the harder it is to find, and you may need to shop around at several dealers.

Longer-term car leases generally come with more lease deals from automakers. When vehicles aren’t selling well or reach the end of their product cycles, automakers try to boost sales with special lease deals with lower costs. There are many more 36-month lease deals than there are 24-month deals.

When you opt for a traditional lease with a shortened timeline, such as two years, your monthly payments will be much higher because you’re spreading the cost of the contract over a shorter term.

A short-term car lease can be an attractive option if you don’t want to commit to one type of vehicle for a lengthy period or you have temporary needs for a vehicle.

Remember, however, that shorter terms often come with higher prices. Before deciding on a short-term car lease, shop around at multiple dealers to find the most competitive contract and compare costs with long-term rental options as well.

SHARE:
Written by Josephine Nesbit
Read more from Josephine
Josephine Nesbit is a former contributor to Bankrate.
Edited by
Rhys Subitch
Edited by Rhys Subitch Auto loans editor
Rhys has been editing and writing for Bankrate since late 2021. They are passionate about helping readers gain the confidence to take control of their finances by providing clear, well-researched information that breaks down otherwise complex topics into manageable bites.
Rhys Subitch
Auto loans editor 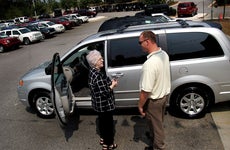 Pros and cons of taking over car lease payments 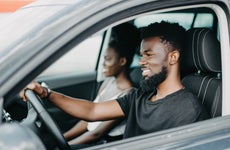 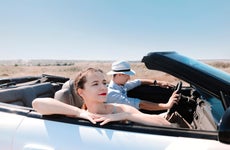 What to consider before leasing a car 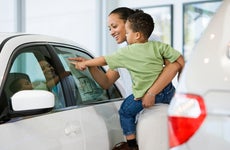 Car leasing laws you should know