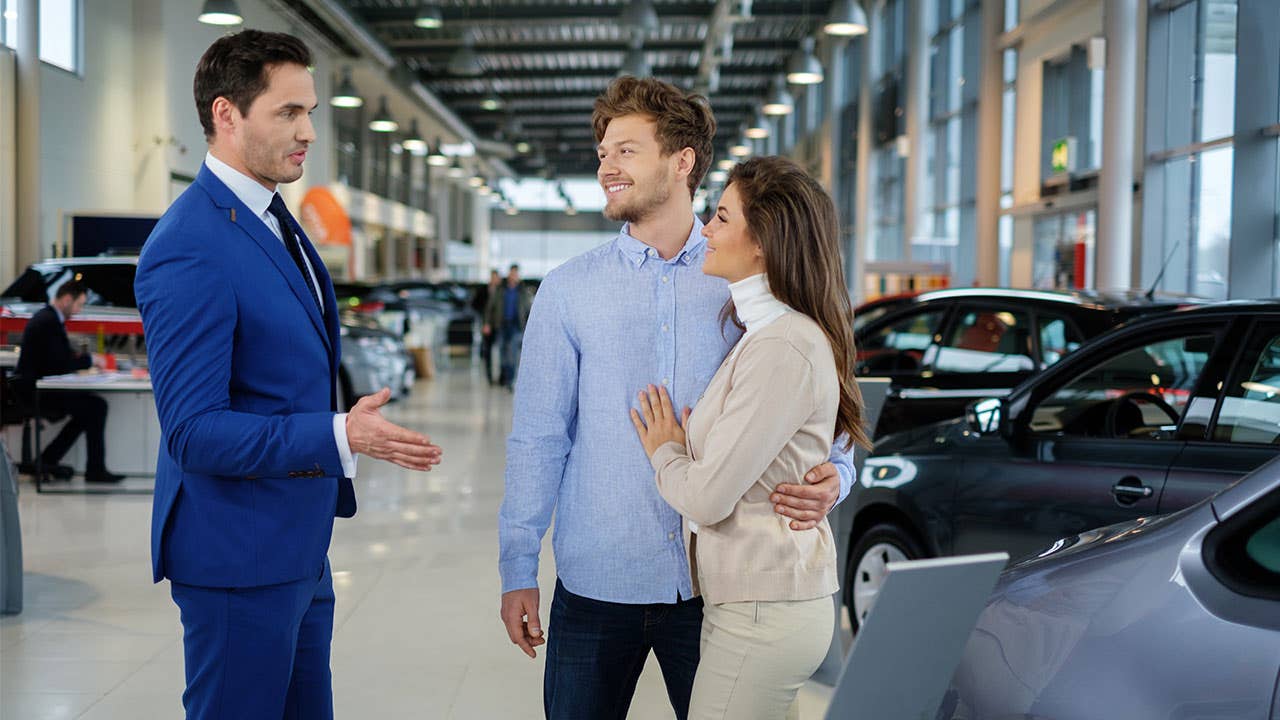 You’ve decided on a car trade-in. Although you realize selling your car yourself will net you the best deal, the one-stop shopping convenience of buying a new car and trading in the old at the dealership appeals to you.

The trouble is, dealers have experience on their side, and extracting the best deal takes research, savvy and a bold approach. Below are the eight best ways to navigate a car trade-in:

There are numerous Web sites where this information is available, including Edmunds.com, says Philip Reed, senior consumer advice editor at Edmunds.com in Santa Monica, Calif. You also can visit Kelley Blue Book, AutoTrader, and the National Automobile Dealers Association, or check for similar cars being auctioned on eBay. If you have a CarMax store nearby, take your car there for a free appraisal.

Karla Emerson, an auto deal negotiator in Washington state, suggests taking your car to three or four used car lots currently selling vehicles similar to yours and see what they will give you for the car.

After you’ve checked these resources, you’ll be armed with the high-end and low-end sale values for your car. When the dealer asks what you want for your car, hit them with the high end of a realistic price, says Reed.

2. Make sure the time is right

Convertibles don’t sell well during Seattle’s gray, winter months, but four-wheel drive vehicles do, Emerson says. Likewise, if you owe more on your car trade-in than you think you’ll get from a dealer, you’re in a very weak bargaining position, according to Reed.

“Follow the news and trends,” says Mark Scott, spokesman for Autotrader.com in Atlanta. “When gas prices go up, people demand more fuel-efficient cars and the values of trucks and SUVs go down.”

3. Spruce up the car

Give the car the equivalent of “curb appeal” so the potential buyer’s initial reaction is positive.

Emerson, who was a car saleswoman for 13 years, says you should rid the car of any pet or smoke odors. If needed, take it to a dealer or a detail shop and ask for an ozone generator to remove unpleasant smells.

“Remove all your personal items, wash it and vacuum the inside,” says Reed. “There should be nothing to stand in the way of the car dealer visualizing your car on his lot.”

If you’ve kept all the maintenance records on your car, take them with you and ask the dealer if you can get more for your car because of them, says Scott.

Conventional wisdom dictates that each transaction should be treated separately. However, rather than negotiating the new car price first, Reed suggests you start the deal with the car trade-in, especially if you have a fairly sought-after car. One way to find out is to put up an ad on Craigslist.org and see what kind of responses you get. Leave off your phone number if you like and just use the Craigslist.org e-mail address, but see how many people bite.

“The trade-in is the weakest part of the deal. But if you have something desirable, the only reason the dealer won’t take it is if he already has two or three of the same vehicle on his lot,” says Reed.

Start your negotiation by letting the salesperson know you’ve done some research, says Scott. “Say something like, ‘I was researching cars online to see what I can get for this car,’ not ‘it’s worth $4,000 and not a penny less,'” Scott says.

Reed says some unscrupulous car dealers have been known to throw your keys on the roof so you can’t leave until you drive off in a new car.

“Avoid all this game playing, and don’t surrender your keys,” says Reed. “Make a phone call before you go, ask the used-car manager what the value of your trade-in is. If you get a negative feeling on the phone, you’ll want to scratch them off your list and save yourself a trip.”

All but eight states allow you to pay sales tax on the purchase price of the new vehicle minus what the dealer is giving you for your car trade-in. The reduction in sales tax in states with rates of 9 percent to 11 percent can be substantial. Check your state’s tax advantage. Emerson says you can save as much as $1,000.