Car buying during and after the holidays

If you’re bundling up to kick some tires, you may find your pick of cars on the lot and salespeople willing to make deals.

“Between Christmas and New Year’s is absolutely a dead, dead time at the dealerships,” says Lauren Fix, author of “Lauren Fix’s Guide to Loving Your Car.”

Once the holiday season is over, snow days can keep people away from dealer lots, and preparing for tax day keeps others from adding more expenses to their lives.

If you’re buying in the winter, it’s important to look at these factors, including the vehicle’s cold-weather features, what new models are planned and your budget.

Just like people winterize their vehicles, think about winterizing your approach to buying a car in lower temperatures and the off-season. 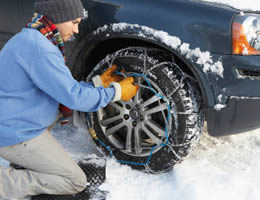 Heated seats make a car more comfortable on a frigid morning. An electrically heated windshield could help thaw the frost and ice faster, says Mike Quincy, automotive specialist with Consumer Reports. Such a windshield is a rare option found in luxury models, which might set you back $1,500 as part of a climate comfort package offered on the car. However, heated seats are more common and usually part of an overall cold-weather package included in mid- or higher-priced levels.

Also, in your conversation with the salesperson, focus more on tires than you would during the spring or summer. Winter tires or snow tires can keep you safe if you live in areas with heavy snowfall, Fix says.

“If you’re not willing to make that investment, your safety is being compromised,” Fix says. Cars with high-performance tires may not fare as well on icy roads. Snow tires typically cost the same as all-season tires, but there may be additional fees related to their installation when you’re purchasing a car.

Decide on buying an older model 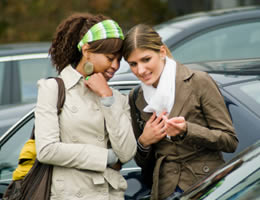 “If you like to buy a new car every two to three years, the car already has a year’s worth of depreciation.”

On the other hand, some redesigned models hitting the showroom floors later in 2011 are not as good as what’s still on the lot, which would give you another reason to go ahead and buy a past model.

Know that your foot traffic is valuable 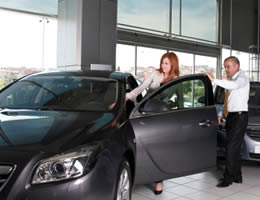 The slow dealership traffic extends past the New Year and into January and February, making them great months to shop for a car, Quincy says. The dealers are dying to get rid of the 2010 models, he says.

The same negotiating rules apply, regardless of the time of the year. Quincy advises you to know what the dealer cost is and work up from there, compared to down from the sticker price.

“You’re just probably going to have a more captive audience for a salesman when you go in the winter months because they don’t see many people,” Quincy says. “These tactics should be effective.”

If you’re thinking ahead to spring and looking to buy a car like a convertible, the pricing could swing in your favor now since those may not be leaving the lot as quickly in winter.

However, if you live in a snowy climate and want a car with winter features, the dealer could have the upper hand. Of course, if you want one of the hot cars in the market, like Nissan’s Leaf electric car, you will have less negotiating leverage at a dealership, Quincy says. 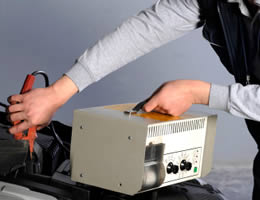 If you’re buying a used car, make sure the car’s components that are most important in winter are working properly. Inspect the battery, which could have its power reduced by up to 50 percent by severely cold temperatures. Also check the belts, hoses and wipers, according to Edmunds.com.

Make sure the four-wheel-drive system is operating properly and that the tires are properly inflated. The heater and any cold-weather features, like heated seats, also should be functioning properly.

If you’re buying a used car, don’t just trust the word of the seller. Fix says take it to an independent National Institute for Automotive Service Excellence-certified technician to have it checked out. 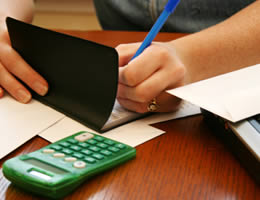 January and February are typically the highest default months on car payments, says Eric Hoffman, spokesman for Aware, or Americans Well-informed on Automobile Retailing Economics, based in Washington, D.C.

Factor your potential monthly car payment into your budget, and don’t forget to include those credit cards and holiday bills coming due in January and February. If you know you’re going to pay hundreds or thousands of dollars during those months on gifts for your family and friends, you may need to adjust your down payment, buy a used car or a cheaper new car, or hold off on your purchase.

At the same time, you may see your monthly take-home pay drop during the winter, depending on how you are paid. “The last thing you want to do is to get stretched too thin,” Hoffman says. 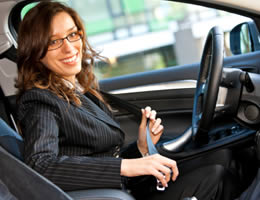 For more information on cars, check out these stories at Bankrate.com.