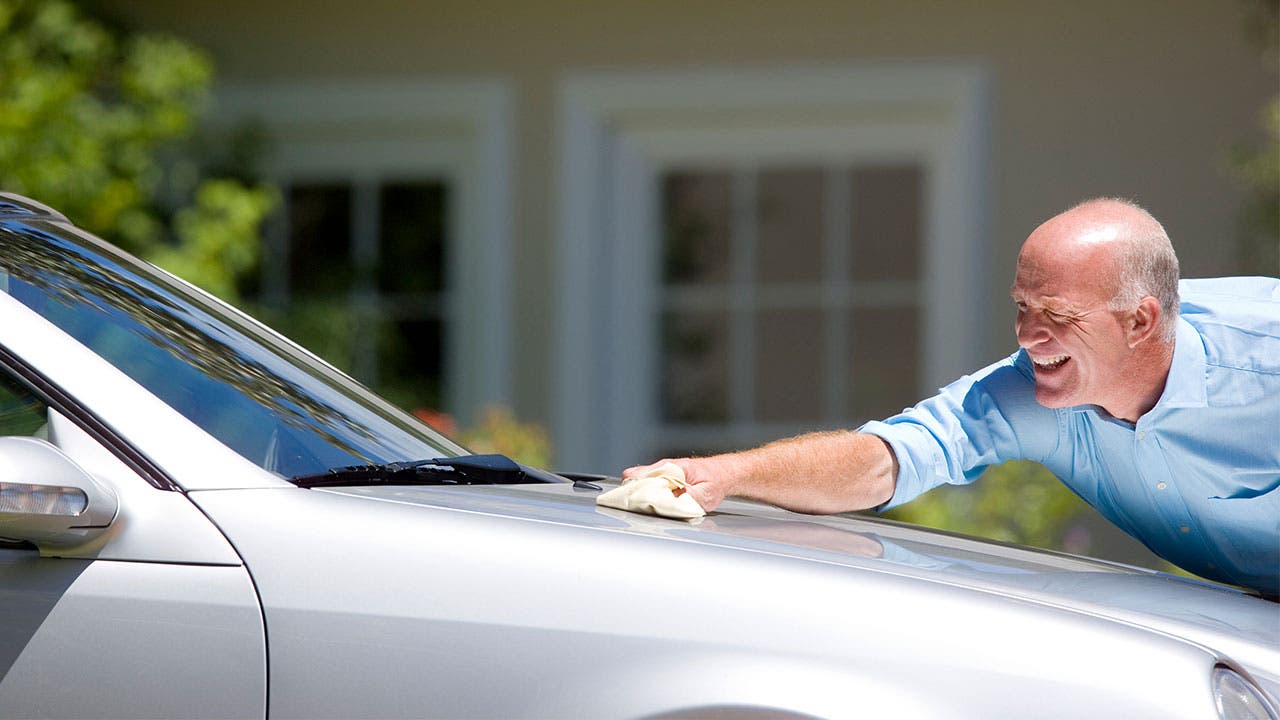 If you’re in the market for a new car but need to get rid of your old one first, you’re probably not looking forward to haggling with a dealer about your car’s trade-in value.

For that reason, far too many consumers take the first offer they receive without knowing if they could have gotten a better deal somewhere else.

“It is possible to do well in a transaction with a dealer, but you have to do your research,” says Jack Nerad, executive editorial director and executive market analyst with Kelley Blue Book in Irvine, Calif. “Just a half-hour of Internet research can really pay off.”

The trick is to do some upfront preparation and learn the local market. Here are four ways to accomplish that.

When it comes to getting value for your trade-in, one mistake towers above the rest, Nerad says.

“The biggest mistake people make is in not knowing what their current vehicle is worth when they walk into a dealership,” he says. “The key to doing well in a transaction with a dealer is to be knowledgeable.”

Before heading to the car lot, research your car online, says Scott Painter, founder and CEO of Zag, an auto shopping, research and pricing technology platform to affinity buying groups based in Santa Monica, Calif.

“Pretend you’re a buyer and look up your kind of (trade-in) vehicle,” he says. “Look at what other people are asking for your particular kind of car, especially in your local area. This will give you an understanding of what your market is likely to bear.”

Some people are surprised to find prices lower than they expected, especially if they thought the car would be worth close to what they originally paid.

It’s better to deal with this “reverse sticker shock” before going to the dealership.

“The good news is that in the auto industry, information is relatively easy to get,” Painter says. “Web sites like Kelley Blue Book and Edmunds.com give you a good view of the market, and the information is readily available for free. All that’s required is time to spend a few minutes online.”

Once you have a ballpark figure of what similar cars are worth, do an honest assessment of your own vehicle and its condition.

“Be realistic about what you’re selling,” says Sheronde Glover, founder and CEO of Car-Buy-Her, a consumer car education company based in Atlanta. “Look at your mileage and how well your car has been kept. All these things come into play when valuing your car.”

Cleaning up your car can do wonders for its value, Glover says.

“Make sure your car is clean,” Glover says. “A good detailing job might cost about $50, but it could increase your car’s value by several hundred dollars.”

A thorough cleaning may help you get the book value for the car, but don’t expect to get more for your vehicle than it’s worth.

Regardless of what the auto pricing guides say, it’s up to the dealer to accept your trade-in. So, it’s important to look at your car or truck from the dealer’s point of view.

One of the dealership’s major concerns is determining how quickly your trade-in is likely to sell to another buyer, according to Rickey Gilbert, a manager who handles trade-ins at the Marietta Toyota dealership in Marietta, Ga.

“When someone comes in with a trade-in, we look at the vehicle, walk around it, check it to see if it’s had paint work (which can reduce the value), and check to see if any damage has been done to it,” says Gilbert. “We’ll also drive the vehicle. We’ll check to see what repairs it’ll need to get up to standard (for retail sale), or we have to decide if it would cost too much to have the repairs done.”

In the latter instance, he’d sell the vehicle on the wholesale market, Gilbert says.

So, how do you know if you’re getting a fair deal on your trade-in?

“For a resale, the average dealer is looking to make between 2 (percent) and 4 percent on a transaction,” Painter says. “So take whatever your car’s value is and add in whatever cost it would take to refurbish the vehicle. Then, add in 2 (percent) to 4 percent, and as long as the trade-in price you’re given is in that window, it’s probably a fair deal.”

Gilbert says dealers typically use third-party resources like Manheim (a wholesale vehicle auction operator) and the Black Book (a guide for used car prices) to get current information on vehicle values.

“We also have a used-car manager who’s at the auctions every week, so we can see what cars are selling for,” says Gilbert.

The car prices at your local dealer could be different from the values published in the Kelley Blue Book.

“The values we characterize, even though they’re pretty accurate, are still just a guide,” Nerad says. “Each used car is an individual item. They vary in condition, mileage, color and equipment level. There is also some regional variability as to what’s popular and what’s not.”

“Take the larger SUVs with V-8 engines, for example,” he says. “Even if we use one of the books as a guide (for vehicle values), that doesn’t mean that the vehicle is going to bring in that amount (at retail).”

High fuel prices have shrunk the market for autos with gas-guzzling V-8 engines, and the guide books might not have kept up with the declining values. In those cases, dealers aren’t motivated to pay book prices for the autos.

“If you have a clean, used car, with no accidents and no damages, and if it’s a four-cylinder or six-cylinder engine, it will bring a fair price,” says Gilbert.

Of course, it’s up to the consumer to research in advance what that fair price could be.

If you’re trading in a newer-model used car, then surprisingly, it could work against you. If it’s a year old or less, the car could still be competing with new autos of the same make and model. In addition, the manufacturer may be offering special incentives for the new car.

It ultimately means that the trade-in value would be worth much less to him, despite the fact that it’s a newer car.

There are many variables involved in purchasing a new (or new-to-you) car, including the finance rate, new car price and down payment amount.

Make sure the price you get for your trade isn’t affected by any of them.

“If you feel strongly that you want a higher trade-in value than what the dealer initially offered, the dealer may give you your victory and tell you they’ll give you what you’re asking for,” says Painter.

However, that dealer could also take advantage by boosting one of the other variables to make up the difference.

One way to keep trade negotiations separate from financing negotiations is to consider getting your auto loan from another bank or credit union.

“Check all your other options before asking the dealer about financing,” Glover says.

Know your credit score and understand the going rates for car loans. Ultimately, you may still choose dealer financing. But proper preparation gives you a better idea of the best option for your situation.

If you are upside down in your current car — meaning you owe more than it’s worth — dealers may try to accept your land apply it to your new car loan.

Instead of falling into that debt trap, consider temporarily putting the brakes on the entire car-search process.

“Hang on to your old car longer and pay down as much of its loan balance as you can,” says Glover.

4. Don’t tie yourself to one dealer

Remember, you are not obligated to buy a car from the first dealer you meet.

“If you and the dealer can’t agree on the price for your trade in, just walk away,” Painter says. “You are not obligated to accept the dealer’s price, and because you would have done your homework, you’ll know immediately if they’ve given you a fair or unfair offer.”

Nerad agrees that trying multiple car lots can pay off.

“Take your car to three same-make dealers and ask them to make the same an offer,” Nerad says. “That way, you’ll get a feel for the market.”

Another reason to look at multiple dealers is because other cars on individual car lots can affect your trade-in price.

“My inventory may be different from a dealership down the street,” says Gilbert.

For example, he notes that he may have just sold a car like the one a consumer is trading in, but another dealer may have a similar car that’s been sitting out on their lot for a month.

In that case, the other dealer probably wouldn’t give top dollar for the consumer’s trade. If you aren’t happy with what dealers are offering for your vehicle (particularly if you have one with a V-8 engine), consider finding that final buyer yourself on the retail market.

“There is the potential that you can sell it for more to a private party, but you also have to deal with the non-convenience factor, and that is certainly worth something of value to consumers,” Nerad says. “A lot of people feel uncomfortable with strangers coming into their home (to inspect the vehicle).”

However, it’s still an option to remember if you find that you are frustrated with the trade-in prices.