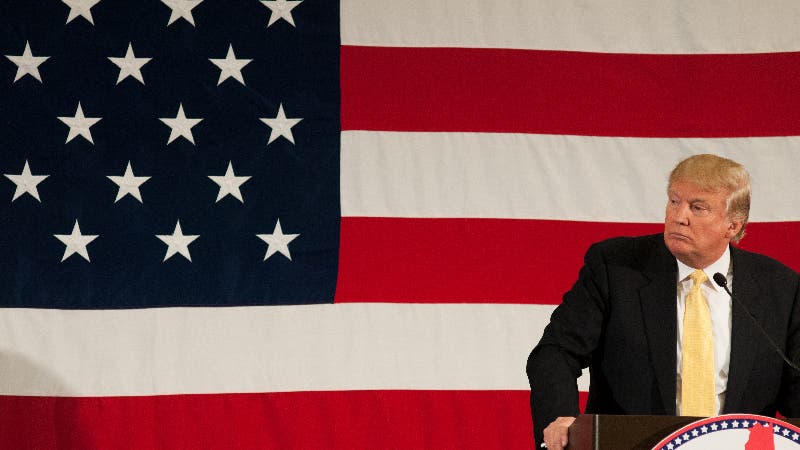 The stock market seems like it’s been stuck in neutral for the last six months, with the Standard & Poor’s 500 index bouncing between the same highs and lows. While the first few months of the year rebounded strongly from 2018’s disastrous year-end, some investors are now worried the impeachment drama around President Donald Trump may be hurting the index’s performance.

Investors needn’t fret, however. History suggests that if there is a correlation between the market and investigations of the president, it tends to be short-lived and stocks are likely to recover. Instead, investors should keep a close eye on the overall economic climate – a real driver of stock and business performance – rather than the political scandal du jour.

Here’s what investors can do to survive and thrive in a market beset by political worries.

Arguably the biggest U.S. political scandal of the twentieth century, Watergate, seemed to have little impact on the stock market, though it’s so enmeshed in other economic concerns that it’s hard to tease out exactly what might have caused the market’s performance. But it’s fair to say that the market did not perform well in the last two years of President Richard Nixon’s tenure.

The Watergate break-in occurred in June 1972, but the burglars were convicted by January 1973, just after the market had peaked. From there, stocks declined until the middle of 1973, as Nixon’s involvement became suspected. But the market rallied from July until October 1973, until OPEC began cutting oil production, raising prices and kicking off the oil shock.

The oil shock continued until March 1974, with prices rising about 300 percent worldwide. But stocks continued to plummet. Amid all of this, a recession began in November 1973 and lasted until March 1975, It led to one of the nastiest bear markets that the U.S. has ever seen. Stocks fell about 48 percent from their January 1973 high to their October 1974 low.

Nixon resigned on Aug. 9, 1974, as stocks continued their steady decline. But his departure came at nearly the end of the bear market. The S&P bottomed at 62.28 in October, but a mere seven months later (in early May 1975) the index sat above 90 – for a whopping 44 percent gain! From there it bounced around for the remainder of the year, finishing around the same level.

While Nixon was not impeached (he resigned), stocks suffered a tumultuous era, more likely due to real economic factors such as the 1973 oil shock, which helped plunge the country into a recession.

Unlike Nixon, President Bill Clinton was actually impeached, though ultimately acquitted in the Senate. And while the furious stock rally of the late 1990s may have taken a breather as the Clinton scandal heated up, it was a short-lived pause before the market stormed higher.

It’s a bit difficult to date when the Clinton scandal may have begun, but it’s safe to say that 1998 was the key year in its prosecution. In January 1998, Clinton gave a sworn deposition about his relationship with former White House intern Monica Lewinsky, and in June a grand jury was investigating the cover-up of the Lewinsky affair. On July 17, the S&P 500 peaked at 1186.75.

Things only heated up from here, and it became clearer that Clinton could be heading for impeachment. Stocks continued to decline into early October, and the S&P 500 bottomed on October 8 at 959.44, following the official launch of the impeachment inquiry on October 5.

The proceedings continued, and the president was officially impeached on December 19. But he was acquitted by the Senate on February 12, 1999. That same day the S&P 500 finished at 1230.13, more than 28 percent higher than when the impeachment officially began.

While investors may have been selling stocks on the possibility of Clinton’s impeachment, pushing prices down in the short term, stocks rebounded quickly even before he was acquitted. Of course, the Clinton impeachment happened during dotcom mania, one of the craziest stock markets ever, so investor worries were quickly waylaid by the market’s “irrational exuberance.”

And what’s happened under Trump?

It might be even tougher to date the start of impeachment worries for President Trump, given the seemingly continuous calls for action since he took office in January 2017.

But the latest round of worries about Trump soliciting foreign help in investigating Democratic presidential contender Joe Biden ahead of his 2020 reelection campaign and a potential cover-up seem to have more legs than most. This story hit the news on September 26, and since that time, the S&P has been mostly flat. While it remains to be seen what happens legally, investors seem to have mostly shrugged off the news.

Stock prices may also reflect the strangeness of the current economic situation. While the U.S. is performing well – low unemployment, low inflation and steady growth – much of the rest of the world seems to be slowing. And with the Federal Reserve cutting interest rates, some investors may take all these signals as a reason to sell their stocks and move to safer assets.

Five things investors should focus on during impeachment drama

So given the histories of Clinton and Nixon, should investors be worried about stocks or possibly consider selling? Probably not. In fact, history suggests that investors should slough off the political concerns of the day and think like long-term investors, not short-term traders.

Here are five things that investors should be doing today as the impeachment inquiry unfolds:

1. Stay calm (and maybe even cheer a little)

The very first thing you should do is stay calm, because it’s all too easy to make a rash decision in the heat of the moment or based on political concerns. Whether or not you think Trump will be impeached, investors should be more focused on how their businesses perform, and not whether a politician will be removed from office.

If you remain calm – even a little bit positive, because of the potential to buy on a dip – you’re more likely to spot opportunity and make an informed decision, even if that decision is to sell.

Since investors tend to price in news ahead of time and it’s been weeks since the Trump impeachment inquiry started, the market may already be factoring in the bad news. In other words, you won’t have an opportunity to get a jump on the market, because it’s already priced in what it thinks. So that flat performance of the last few weeks? The market seems to say it doesn’t care very much.

Trump has warned that stocks will sell off if he’s impeached, and that may come to pass, but likely only in the short term. Over the long term, stocks should move according to the performance of the underlying businesses, not on short-term political worries that may turn out to be nothing at all.

The right mindset is to think like a long-term business owner, because as an investor you ARE a business owner. If you owned the entire business, it wouldn’t be sensible to sell it merely because the president is under threat of impeachment. So there’s no reason to do that with a high-performing business merely because you only own a small stake in it.

If the current political crisis created a dire climate for business in some way, then perhaps you might consider a different course. But an impeachment will have virtually no effect on the real driver of a company’s success – consumers buying the products and services they need.

If stocks plummet as the impeachment drama unfolds, it could be a chance to buy more. Investors should consider buying or perhaps even celebrating, if political worries – not economic ones – are holding stocks back. Once political worries subside, investors could be left with cheaper companies, and reassess whether to buy more or not.

As legendary investor Warren Buffett wrote in the New York Times amid the 2008 financial crisis: “Bad news is an investor’s best friend. It lets you buy a slice of America’s future at a marked-down price.” Long-term investors take advantage of such opportunities.

5. Trade up to high-quality stocks

Investors shouldn’t take the Trump impeachment drama too seriously, because the performance of stocks relies, at least in the long term, much more on consumers buying the goods and services they want and need than on a fleeting political scandal. Like in past presidential political scandals with Nixon and Clinton, the big driver of stock prices seemed to be economic factors.

Given the long-term history of American stocks, it’s rarely been good to bet against the market. Instead, opportunistic investors take advantage of short-term downdrafts that have nothing to do with the economy and scoop up more stock.