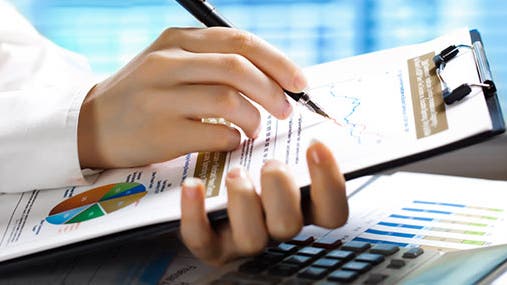 “Capitalization” refers to the size of a company, calculated by multiplying its current stock price by the number of shares outstanding.

“I think it makes sense to have both,” says Russel Kinnel, director of fund research at Chicago-based investment research firm Morningstar, echoing the opinion of other investment experts.

Most financial advisers counsel a bigger exposure to large cap than small cap. “Large cap is a bigger part of the market and economy. Typically, 70 percent or more of the market’s value is in large cap,” Kinnel says. But, he adds, “From having both, you get an added level of diversification. There are times when one does better.”

Small-cap stocks range in market cap from $300 million to $2 billion, while large-cap stocks are $10 billion or more. Mid-cap stocks fall in between.

Historically, small-cap stocks have outperformed large-cap stocks, but they also have been more volatile. From 1926 through 2012, small-cap stocks averaged an annual return of 12.28 percent, compared to 10.08 percent for large cap, according to Morningstar Ibbotson data.

“Large-cap companies can’t grow like small-cap ones,” as a company can only get so big, says Mick Heyman, an independent financial adviser in San Diego. “If you can get a few real athletes among small cap, the next Apple or whatever, that’s where you can make money.”

But with that reward comes higher risk, experts say.

“One of the things to consider when figuring out your weighting (between small- and large-cap stocks) is where we are in the economic cycle,” says Michael Sheldon, chief market strategist for RDM Financial Group in Westport, Conn.

“Typically, small cap takes the leadership coming out of a recession,” Sheldon says. “They get beaten up more during a downturn, so it’s not surprising that they outperform coming out.”

As an economic expansion matures and growth slows down, “people favor large cap for their high dividends and stability,” Sheldon says. “In more speculative, liquidity-driven markets like the current one, small cap performs well, though large cap hasn’t been left for dead.” At present, “we aren’t exuberant about the economy, so we tend to be weighted more toward large cap.”

That tops the performance of large-cap funds over all three periods. Large-cap funds produced returns of 32.36 percent for one year, 17.55 percent on average over five years and 7.22 percent over 10 years.

“If your goal is return, small caps are generally the place to be,” says Ethan Anderson, senior portfolio manager at Rehmann Financial in Grand Rapids, Mich. “If you’re long-term oriented, you can load up entirely on small caps and do better.”

But that outperformance would come with higher volatility. Over the last 10 years, volatility, measured by standard deviation, totaled 19.28 for small-cap funds, topping the 15.54 for large-cap funds, according to Morningstar.

Without getting too technical, standard deviation of 19.28 for small caps means that during that 10-year period, their returns fluctuated as much as 19.28 percentage points in either direction from their average return 68 percent of the time, but they could have deviated by as much as 38.56 percent.

Given that risk, independent adviser Heyman says he never puts more than 20 percent of his clients’ money into small-cap and mid-cap stocks. “That just shows my conservative nature,” he says.

Generally, the younger you are, the more money you can put in small cap, since you can generally tolerate more risk and have a longer time period during which you can invest, Heyman says.

Another point to consider when choosing a small-cap or large-cap fund is whether to opt for one with value stocks or growth stocks. The former are viewed by fund managers as undervalued and the latter are viewed as poised for strong earnings growth.

Most advisers recommend both value and growth to attain diversification.

Another major issue whenever you’re choosing a mutual fund is whether to select index funds, which track a market index, or actively managed funds, for which the manager chooses stocks he or she likes.

When it comes to fees, small-cap funds have an average expense ratio of 1.35 percent, compared to 1.18 percent for large-cap, according to Morningstar.

The justification used for the higher fees of small-cap funds is that there’s less information available in that space, so it takes more work to choose the fund’s stocks, says Harold Evensky, president of Evensky & Katz Wealth Management. But Kinnel says small-cap funds charge more merely because they can get away with it.