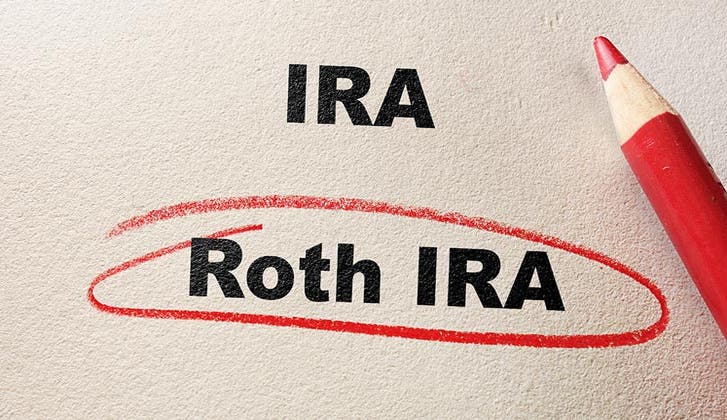 If you’re in the lucky position of making enough money to max out your 401(k) contributions and cover all your spending needs, congratulations. You’re doing far better financially than most of your peers.

Now, consider establishing an individual retirement account, or IRA, to increase your tax-advantaged savings beyond your 401(k). Just ask anyone over 65: You can never save too much for your golden years.

With traditional IRAs, the money you put in the account each year can be deducted from your income on your taxes. When you withdraw the money in retirement, the entire amount (both contributions and earnings) is taxed at whatever your regular income tax rate happens to be.

With a Roth IRA, you receive no tax break when you make your contributions. But all the money you withdraw in retirement, including earnings, is tax-free.

A Roth IRA can double as emergency money …

Are you twisting yourself into a pretzel trying to figure out which one to select? Here’s a rule of thumb from Richard Rampell, CEO of accounting firm Rampell & Rampell in Palm Beach, Florida.

“If you’re younger and in a low tax bracket, which means you won’t get much benefit from the traditional IRA deduction, go for a Roth,” he says. “If you’re in a higher bracket now and think you will be in a lower one come retirement, go for a regular IRA.”

If you’re below 30 and have the potential to grow your earnings substantially for the rest of your career, a Roth will probably work best. If you’re over 50, your earnings power is peaking and you don’t have a huge investment portfolio, you’re probably best off with a regular IRA. 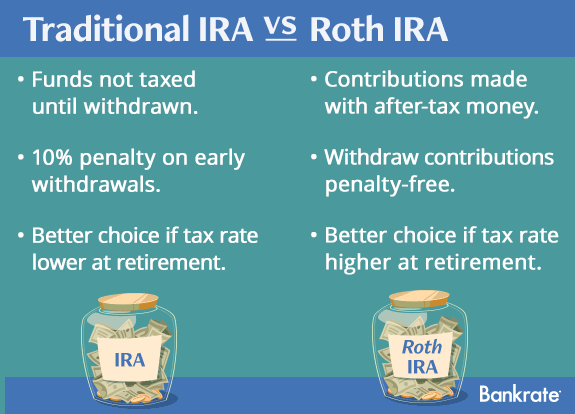 There are several other differences between the 2 IRAs that you’ll want to consider when you make your choice.

Income limits if contributing to a workplace plan

“For this reason, a Roth IRA can double as emergency money for someone who can’t both put aside emergency funds and save for retirement,” says Tom Fredrickson, an independent financial adviser in New York City. “However, I advocate holding Roth IRA money for as long as possible because of its great tax benefits.”

If you still can’t decide between a traditional IRA and a Roth IRA, it may be a good idea to split the difference and open both.