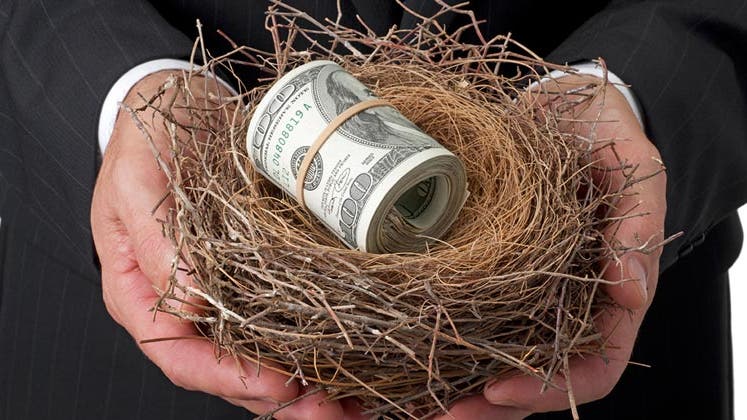 If you wait until April 15 each year to make a prior-year contribution to your IRA, the size of your future nest egg could take a hit.

Indeed, although most investors are well aware that saving early in their career can significantly increase their retirement savings in the future, few appreciate the importance of funding an IRA early in the calendar year as well.

If you fund your 2016 IRA early in January rather than delaying until the tax-filing deadline on April 17, 2017, you’re giving your savings the chance to benefit from additional months of tax-deferred, compounded growth. That’s tax-free growth if you fund a Roth IRA.

The advantage of funding an IRA early

What difference does it make to fund an IRA early? Your retirement account could be 6 figures greater by the time you retire, says Ed Slott, an IRA expert with IRAhelp.com and author of “The Retirement Savings Time Bomb … and How to Defuse It.”

We are all conditioned to contribute to our IRAs in April for the prior year because that’s the way it’s always been done, but there’s no question that funding your IRA on the first day of the calendar year — more than a year ahead of the deadline — makes a big difference, he says. It’s just math. Any gains are now sheltered from taxes for an extra 15 months.

Assuming an 8% annual rate of return, a 25-year-old investor who contributes $5,500 a year to her IRA at the beginning of each year would have $113,985 more in earnings after 40 years than her peers who wait until the following spring to contribute.

Historically, he notes, the stock market performs best during the 6-month stretch from November to April.

If you’re waiting until April of the following year to invest, your contributions are going in toward the end of what are typically the best months of the year in the market, says Hammond.

How to fund an IRA early

It does take some financial sacrifice to adjust your contribution schedule going forward, however.

That first year, Slott says, you’ll need to double up, making a prior-year contribution to your IRA by April while separately funding your current-year IRA.

That’s easier said than done on the heels of a holiday hangover, with many families still chipping away at credit card debt.

It can be tempting to skip the prior year contribution altogether and designate those dollars for your current-year IRA to get ahead, but that’s a mistake, says Slott.

It’s tough to double up if you don’t have the money, but you have to do it only once and then you’re ahead of the game forever, he says, noting investors who wish to fund their 2016 IRA beginning in January should first fund their 2015 account before April 15. Some people also ask whether they should send half of their savings to the prior-year IRA and half to the current year, but you should always max out your prior year first to take advantage of the tax deduction.

Investors who can’t come up with the cash to fund 2 IRAs in a single year might consider shifting investments from a taxable investment account into their IRA, says Hammond. You can liquidate the investments and put the proceeds into your IRA, he says.

Depending on the equity in your home, you could also potentially tap into your home equity line of credit, but that strategy is ill-advised for all but the most disciplined of savers, says Tom Scanlon, a CFP professional with Raymond James Financial Services near Hartford, Connecticut.

You can pay off your HELOC over time with interest, but if you don’t have the discipline to pay it off quickly, it’s a non-starter, says Scanlon.

Several ways to save for it

Perhaps the most prudent way to get ahead is simply by saving.

Any windfalls you receive during the year, such as year-end bonuses, tax refunds or raises, can ease the pain of saving considerably.

Don’t forget, too, to examine your budget for money leaks. The more you reduce your day-to-day living expenses, the more you’ll be able to save.

Try negotiating lower rates on your car, auto or home insurance, take your lunch to work, plan your meals to avoid food waste, and put a hold on that trip to Europe — just for a year.

It’s really just a matter of prioritizing, says Scanlon. Few of us are going to get a pension, so you must take personal ownership of your savings today.