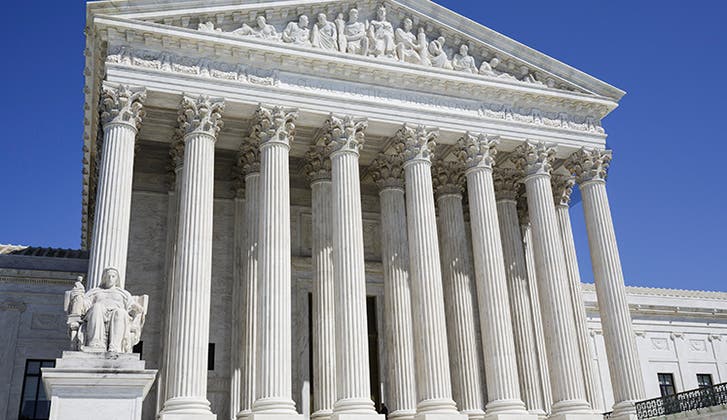 One rule came out of tax court: IRA owners are limited to one 60-day rollover between IRAs in a 12-month period across all of their IRA accounts. The rule went into effect on Jan. 1, 2015.

The Supreme Court handed down the second rule. Spendthrift heirs take heed: Inherited IRAs are not retirement accounts. That means that inherited IRAs are treated like all other inherited assets and it’s open season for creditors.

In January 2014, Alvan and Elisa Bobrow made an appearance in the U.S. Tax Court to plead their case regarding a string of 60-day rollovers among their IRA accounts. With the 60-day rollover, or once-per-year transfer, a check is cut directly to the account owner with the understanding that the funds must be back in an IRA within 60 days or the funds will become subject to taxes and penalties. Before the 2014 decision, the understanding was that 1 transfer could be done in a 12-month period for each IRA owned.

You can see how this could be tempting, under the right circumstances.

“People would basically use this — not commonly, but occasionally — as basically a form of personal loans, like you could sort of borrow money from your IRA without tax consequences by sequencing together a bunch of 60-day rollovers and actually get a pretty long use of the money,” says CFP professional Michael Kitces, partner and director of research for Pinnacle Advisory Group in Columbia, Maryland.

Death of a loophole

That’s what the Bobrows tried to do, but one of the rollovers didn’t quite make the 60-day deadline. They went to tax court anyway to plead the case.

“The conclusion of the tax court was that not only had (they) clearly just botched one of the rollovers on timing, but the tax court’s interpretation was that this shouldn’t just apply to one IRA at a time — this should apply in the aggregate across all of the IRAs,” Kitces says.

So the Bobrows ruined it for everyone. Now all IRA owners are limited to doing one of these 60-day transfers annually, no matter how many IRAs they happen to own.

“But once a year — that’s not the calendar year. The rule is it’s a fiscal year; in other words, 12 months or 365 days. So, if you did one today, you couldn’t do another one until next July 23 or whatever today is,” says IRA expert Ed Slott, CPA, president of Ed Slott and Co., and author of “The Retirement Savings Time Bomb … and How to Defuse It.”

Be sure to note

In November 2014, the IRS published a notice clarifying how the new rule works for those who have multiple IRAs. No matter how many IRAs a person may own — a SEP IRA, a SIMPLE IRA, 5 Roth IRAs and 3 traditional IRAs — they will get 1 IRA rollover every 365 days.

It’s important to note that the rule doesn’t apply to trustee-to-trustee transfers, the type of transfer that is done between brokerages. If a check is involved, it will be made payable to the brokerage or bank, for benefit of the client’s account, but the client won’t access the funds. “You can do those all day long. You can do 15 a day if you wanted,” Slott says.

Since the Bankruptcy Abuse Prevention and Consumer Protection Act of 2005, the status of inherited IRAs with regard to creditors has been as clear as swamp mud. The Supreme Court’s decision this year clarified matters.

Generally, owners of workplace retirement plans enjoy federal protection from creditors, and states determine whether a person’s IRA is creditor-protected.

An exception to the rule

There is 1 exception: the spousal rollover. When spouses inherit an IRA, they can take the account and use it as their own retirement account.

“Some are arguing this could be construed as an illegal transfer or conveyance,” says Anderson. “My personal feeling is that this argument fills up a lot of seminars on the subject, but it is a stretch to assume or predict that the IRS, or any bankruptcy court, could easily challenge a spouse who took over his or her deceased partner’s retirement plan and treated it as their own.”

In other words, a spousal rollover could be challenged by creditors, but the law seems to favor spouses.

There are some ways to protect heirs from themselves: for instance, by leaving assets to a trust. Leaving an IRA to a trust is more complicated than leaving regular money.

Another option skips the hassle and uncertainty of leaving an IRA to a trust: Take the money out of the IRA and buy life insurance.

That way, the kids will end up with tax-free money with no distribution rules attached. Plus, the money would be creditor-protected.

That said, IRA owners with smaller accounts shouldn’t go to the trouble. Try to get your kids’ spending under control while you’re still in the pink.