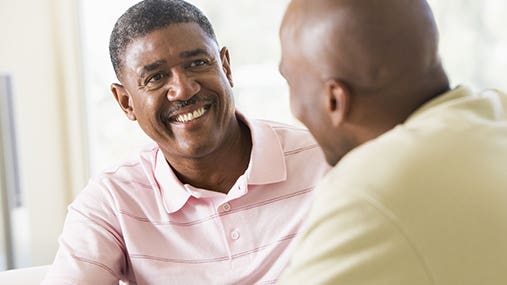 6 more uses for an IRA

Since its inception more than three decades ago, the individual retirement account, or IRA, has solidified its role as the investment tool of choice for long-term savers seeking tax-favored growth.

Some 46 million U.S. households, or 39 percent, own an IRA, according to the Investment Company Institute, most with the intent of using those dollars to supplement their income after they stop collecting a paycheck.

But the ubiquitous IRA can flex far more muscle than that.

From estate-planning vehicle to emergency reserve to college savings plan, assets held within an IRA can be deployed for a multitude of reasons, often without penalty.

“There are so many exceptions to the early withdrawal penalty that there’s a lot of flexibility in how you can use an IRA,” says Tom Balcom, a CFP with 1650 Wealth Management in Boca Raton, Fla. 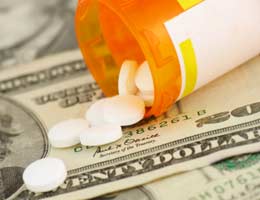 You can use your IRA, for example, to pay unreimbursed medical expenses for any amount that exceeds 7.5 percent of your adjusted gross income — without getting hit with the 10 percent early withdrawal penalty that normally applies to distributions taken before age 59½.

If you lose your job, you may also be able to tap your IRA penalty-free for health insurance costs, including premiums paid for COBRA continuation coverage from your former employer’s plan.

Never raid your nest egg to pay for junior’s college degree, or so the conventional thinking goes. But if you’re already putting enough money aside for retirement, you might consider using an IRA for higher education expenses, says Brad A. Tapscott, a CFP with Ameriprise Financial Services in Charleston, S.C.

You can use your IRA at any age penalty-free to pay for college costs for yourself, your spouse, your children or your grandchildren.

“It’s a ‘heads I win, tails I win’ situation,” says Tapscott. “If your child ends up with a scholarship, then you get to retire early.”

Before you drain your IRA for college tuition, however, consider the impact it may have on the child’s eligibility for need-based financial aid.

IRA distributions are counted as income on the following year’s financial aid application, says Joseph Hurley, founder of SavingForCollege.com, noting such strategy might amount to a long-term loss for your struggling student.

“You may be doing more harm than good by using your IRA for college,” he says, noting that 529 savings plans, which become tax-free if used for qualified education expenses, are often the better bet. 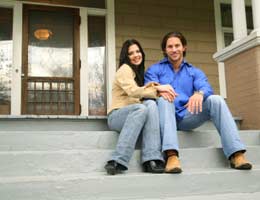 An IRA can also come in handy if you’re ready to pursue the American dream but can’t scare up the cash for a down payment.

The federal government allows first-time homebuyers to use up to $10,000 of their IRA assets to buy, build or rebuild a primary home without incurring a penalty.

First-time homebuyers are defined as anyone who has not owned a home in the past two years. If you and your spouse qualify as first-time buyers, you can each receive distributions of up to $10,000 without paying the additional 10 percent tax.

“I have no problem in this housing market telling clients to take $10,000 out of their IRA to purchase a home,” says Balcom, who notes mortgage loans are considered good debt. “Prices have fallen substantially in many markets, so it’s a great time to buy.”

Give your heirs a tax-free gift 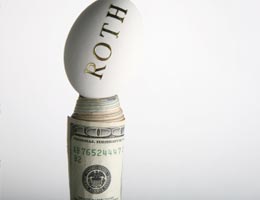 If you’re looking to leave a little behind for your loved ones and your nest egg is comfortably feathered, your IRA can be used for estate-planning purposes.

By opening a Roth IRA (or converting a traditional IRA that you won’t need for retirement funds into a Roth) and naming your kids or grandchildren as the beneficiaries, you’ll be able to pass that money along to your heirs income tax-free, says Mark Luscombe, principal analyst with CCH tax and accounting firm in Riverwoods, Ill.

Those who inherit a traditional IRA will owe income tax on the distributions, since it was funded with pretax dollars.

A Roth is optimal for estate-planning purposes, says Luscombe, because you can continue to contribute to it after age 70½ as long you’re still working, and there are no required minimum distributions. 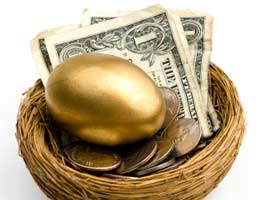 The IRS allows you to turn your IRA into an income stream penalty free by arranging to take substantially equal periodic payments, or SEPP, over your life expectancy.

You must continue such payments until at least age 59½, or for five years, whichever comes later.

Such a strategy might make sense, says Luscombe, if your retirement savings are sufficient and you’re struggling to pay for private school tuition for your school-aged children.

It may also be appropriate if you’re ready to retire early, or you’ve separated from your employer and need to fill a temporary income gap.

Because you cannot stop SEPP payments once they begin without incurring a penalty, those seeking a short-term solution might instead consider borrowing from their 401(k) and paying themselves back with interest, says Luscombe.

A source of income when disabled 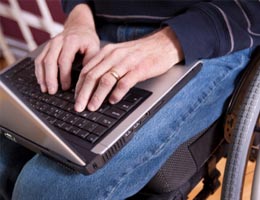 Lastly, you can tap any amount of your IRA without paying the 10 percent tax if you become disabled and are unable to work.

Chances are good that if you qualify for Social Security Disability Insurance, you’ll also meet the exemption requirement for an IRA.

While IRAs offer great flexibility, Luscombe says early withdrawals should only be taken as a last resort.

“The big plus of the IRA is the long-term deferral of taxable earnings. So even if you are avoiding the penalty, you are not only paying any tax you might owe today, but you’re forgoing the gains you would have earned between now and retirement. So it’s a double hit,” he says.